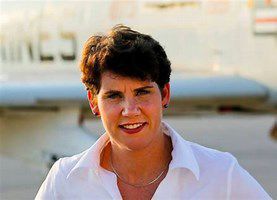 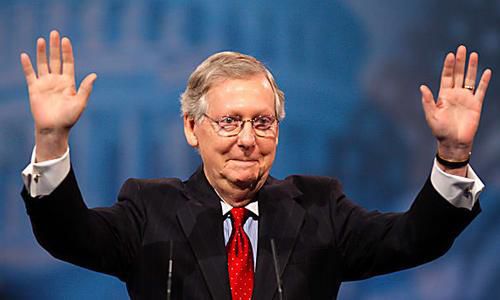 “A Democrat defeated one of the most unpopular Republicans in the country in a statewide election in Kentucky,” McGrath tweeted at the time. “Next year, it'll be Mitch McConnell,”

McConnell -- who seeks a seventh, six-year term -- is considered the most unpopular senator in the country, according to Morning Consult, a company that specializes in online surveys and research.

But not in Kentucky, according to most political prediction sites -- such as the Cook Report and Crystal Ball. They see the race as likely Republican. Most state political analysts agree.

“Democrats haven’t had a majority of the vote for a statewide elected federal official since Wendell Ford (U.S. Senator in the 1980s and 1990s),” said Les Fugate, a Republican analyst and former deputy Secretary of State.

“The state is more conservative now than it has probably ever been. There just isn’t a single data point that suggests a positive outcome for Democrats in Kentucky in 2020.”

Republicans note that Democrat Beshear defeated unloved Governor Bevin by only 5,000 votes, and the rest of the statewide constitutional offices went heavily Republican.

Fugate said Kentucky is definitely a red state. “They (Republicans) even beat a former Miss America," he said. “Combine that built-in advantage with McConnell’s campaign prowess, and this race looks incredibly challenging for Democrats.”

Nonetheless, McGrath’s campaign contends McConnell has never faced an opponent quite like McGrath. She was the first woman to fly an F-18 fighter jet in combat, flying 85 missions in Iraq and Afghanistan. She retired as a lieutenant colonel after 20 years in the Marine Corps.

“An independent poll shows the race tied, and more than a quarter-million grassroots donors, including donors from all 120 Kentucky counties, recently gave us a record-breaking $11 million to defeat Senator McConnell,” said Jackie Thompson, deputy communications director for McGrath’s campaign.

“We recently saw in the race for governor that several key counties, including Madison County, chose a new generation of leaders whose focus was on our hard-working Kentuckians, which is Amy’s focus, too.”

Fugate admits McGrath has done an excellent job of raising money, and that might give Democrats hope.

But Cross, former chief political writer for the Louisville Courier-Journal, doesn’t believe that will change much, though he added: “It does put McConnell on the defensive in a way he has never faced before.”

McConnell campaign manager Kevin Golden said despite the defeat of a GOP governor in November, there are many positives for Republicans to take away from that state election.

“The environment is only going to improve in 2020 with President Trump on the ticket,” he said. Trump won Kentucky by 30 points in the 2016 presidential election.

Fugate said Republicans do best when a presidential election is on the ballot. He said Kentucky’s conservative politics make a challenge from a Democratic candidate such as McGrath on the left much more difficult.

“Add in the possibility that you might have Elizabeth Warren or Bernie Sanders as the (Democratic) nominee,” said Fugate. “It is hard to imagine a scenario where Kentucky voters …turn around and vote for a liberal candidate for U.S. Senate.”

McGrath’s campaign asserts Kentucky needs a new generation of leaders who have worked in the 21st century globalized world and not in the Washington swamp that it says McConnell created.

“Amy is that leader,” said Thompson. “Senator McConnell’s failed leadership is why Amy is stepping up to serve her country once again to help Kentucky bring back jobs, increase access to affordable health care and lower prescription drug prices, and build a modern-day infrastructure.”

McGrath is not deterred by her first test of Kentucky voters. She sought and lost her bid for the state’s 6th Congressional District seat in 2018 against incumbent Republican Andy Barr. Her margin of defeat was 9,700 votes. Barr portrayed McGrath as too far left for the deep-red district.

Last summer, McGrath prepared for the campaign against McConnell by highlighting her military background with a video that said she wrote a letter to the senator at age 13, urging him to change the law preventing women from serving as combat pilots.

“He never wrote back,” McGrath recalled. “I’ve often wondered, how many other people did Mitch McConnell never take the time to write back, or even think about?”

Jonathan Greene is the editor of The Richmond, Kentucky, Register. Contact him at jgreene@richmondregister.com.