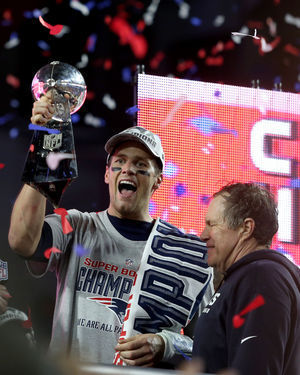 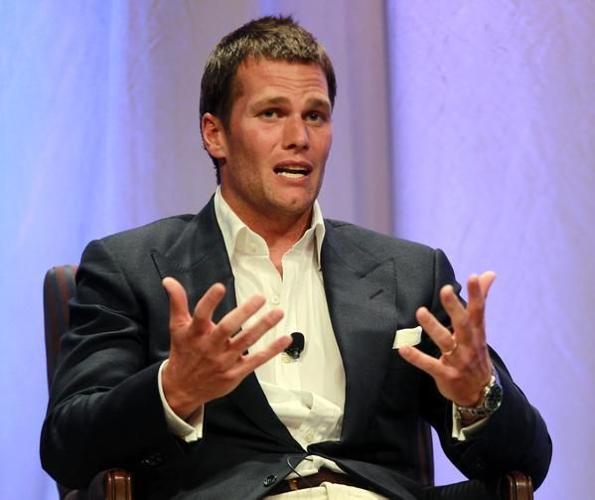 Tom Brady addresses a supportive crowd at Salem State University on May 7, a day after the NFL released a report saying it was “more probable than not” that Brady knew football had been deliberately deflated before the AFC Championship game.

Tom Brady addresses a supportive crowd at Salem State University on May 7, a day after the NFL released a report saying it was “more probable than not” that Brady knew football had been deliberately deflated before the AFC Championship game.

BOSTON - The harsh sentence exceeded the crime, until you consider the principle at stake: the honesty of America’s most popular sport, NFL football.

League executives could not overlook this most important value in coming down hard on star quarterback Tom Brady and the New England Patriots for improperly deflating footballs after a referee had inspected them before the Jan. 18 AFC title game with the Indianapolis Colts.

The misconduct — even if it didn’t matter to the game’s outcome — gave Brady an advantage by making it easier for him to grip and pass the balls, and in the eyes of the NFL, that’s cheating.

And, keep in mind, the Patriots are a two-time offender, having been caught in 2007 for videotaping the signals of opposing teams. They were hit then with fines of $500,000 to the club and $250,000 to head coach Bill Belichick plus loss of a first-round draft pick.

That’s why the league this time imposed a far more severe punishment: Brady’s four-game suspension, loss of two draft picks, and a record $1 million team fine “for conduct detrimental to the integrity of the NFL.”

Hubris also figured into the outcome. Brady and the Patriots defied the NFL protocols by not admitting complicity when the Colts brought the infraction to the attention of the league, and then not completely cooperating with the investigation into the football tampering case. The resistance wasn’t worth the cost.

News of the penalty stunned the sports world, shocked the Patriots organization, and brought a prompt promise of appeal by Brady’s agent. The aim is to get the sentence reduced by an outside arbitrator. It could happen if NFL Commissioner Roger Goodell permits a non-league official to review the penalty.

Troy Vincent, the former NFL player who is the league’s executive vice president, recommended the punishment based on a four-month investigation by attorney Ted Wells and the New York law firm of Paul, Weiss, Rifkind, Wharton & Garrison.

The Wells report concluded that two low-level Patriots employees schemed to deflate game footballs right before kickoff and that Brady was “generally aware” of the intention to tamper because of his preference for soft balls.

One of the ball boys, Jim McNally, described himself in text messages obtained by investigators as the “deflator” even before the 2014 season. His job was to take the properly inflated balls to the referee for final inspection and then, escorted by the officials, deliver them to the field for exclusive use by Brady.

On Jan. 18, investigators discovered, McNally took the footballs without the officials’ permission and made an unescorted 90-second pit stop in a bathroom, locked the door and likely let the air out even though McNally never admitted doing so.

Once the investigators got a total read on McNally’s pre-game conduct, they asked the Patriots to require the ball boy to return for another interview. The Patriots wouldn’t allow it, insisting he had already been interviewed in person and by phone four times, and enough is enough. That was a mistake.

“While we cannot be certain when the (deflating) activity began, the evidence suggests that January 18th was not the first and only occasion when this occurred, particularly in light of the evidence referring to deflation of footballs going back to the beginning of the 2014 season,” the NFL’s Vincent stated.

Brady’s mistake was declining to turn over any electronic communication on the subject even though investigators offered “extraordinary safeguards” to protect unrelated personal information. Brady had a legal right to refuse but under NFL rules, it made him an uncooperative witness. It also left investigators highly suspicious.

All of which goes to the issue of honesty and fair play.

“Each player,” Vincent said, “no matter how accomplished and otherwise respected, has an obligation to comply with the rules and must be held accountable for his actions.”

Patriots owner Robert Kraft, Brady’s agent, his teammates and other loyalists consider the deflategate punishment grossly unfair – retribution meted out by the league because of dislike for the Super Bowl-winning Patriots by the other 31 NFL teams and their fans. Some also claim Goodell needed to show his toughness in the court of public opinion due to fumbling of his past misconduct rulings and his friendship with Kraft.

It was severe, to be sure. But was it really unfair when dispassionately viewed against the circumstances that unfolded after the Indianapolis brought the issue of under-inflated footballs to the NFL on that Jan. 18 Sunday of the AFC championship game? And the Patriots past transgressions?

Not really. The Patriots didn’t need to bend the rules to win. They had better football players than anyone else in the league in 2014. The NFL had no choice. The Patriots were serial violators. It had to send a clear message to every star player and every team that messing with the integrity of the game has serious consequences.

Brady and the Patriots apparently like playing close to the edge. Thus their fall from NFL grace can rationally be described as self-inflicted.

“I feel like I’ve always played within the rules. I would never do anything to break the rul…