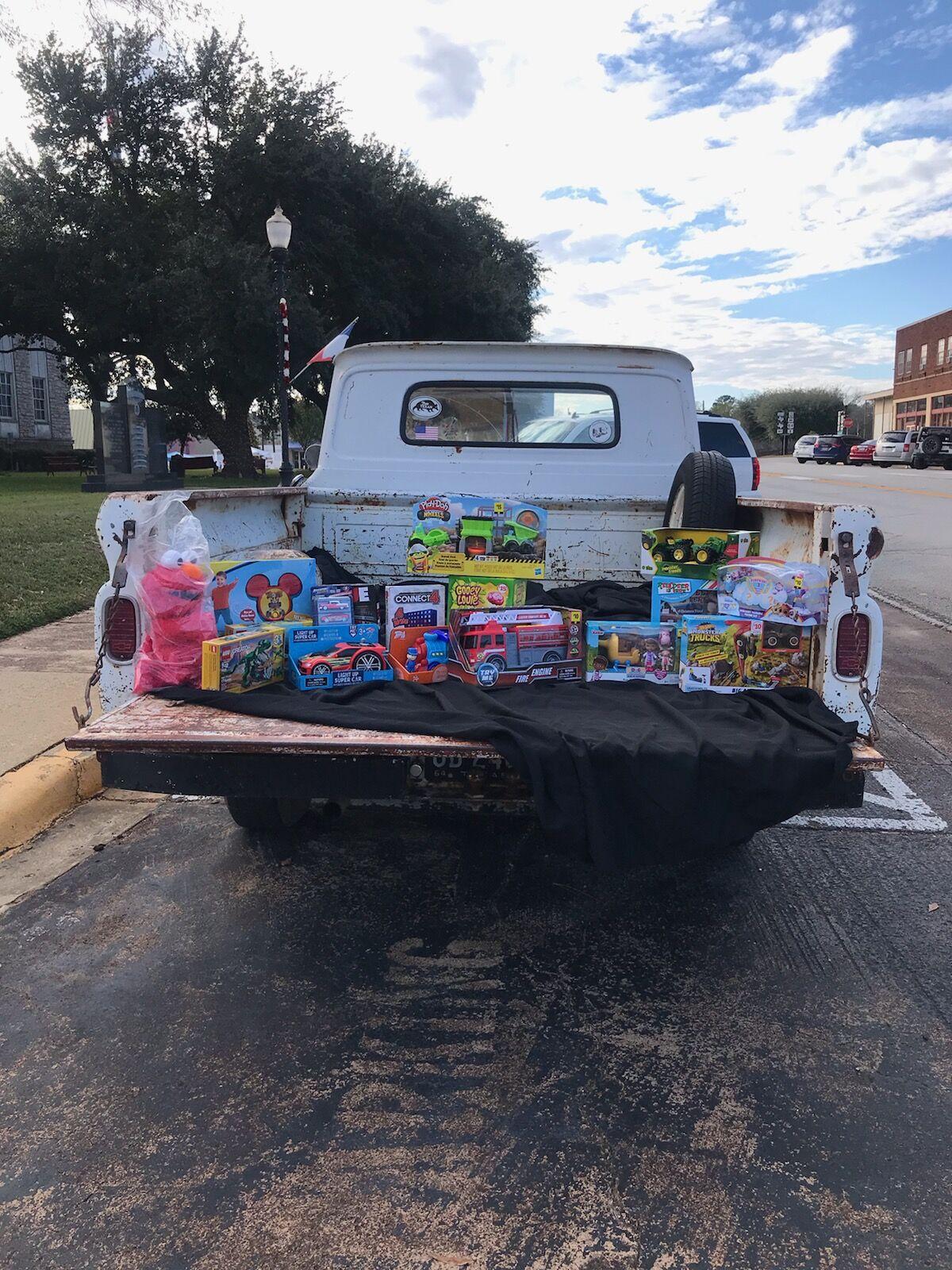 Toys raised through the bike and car show to be donated to the Tree of Promise for the Dream Tree program. 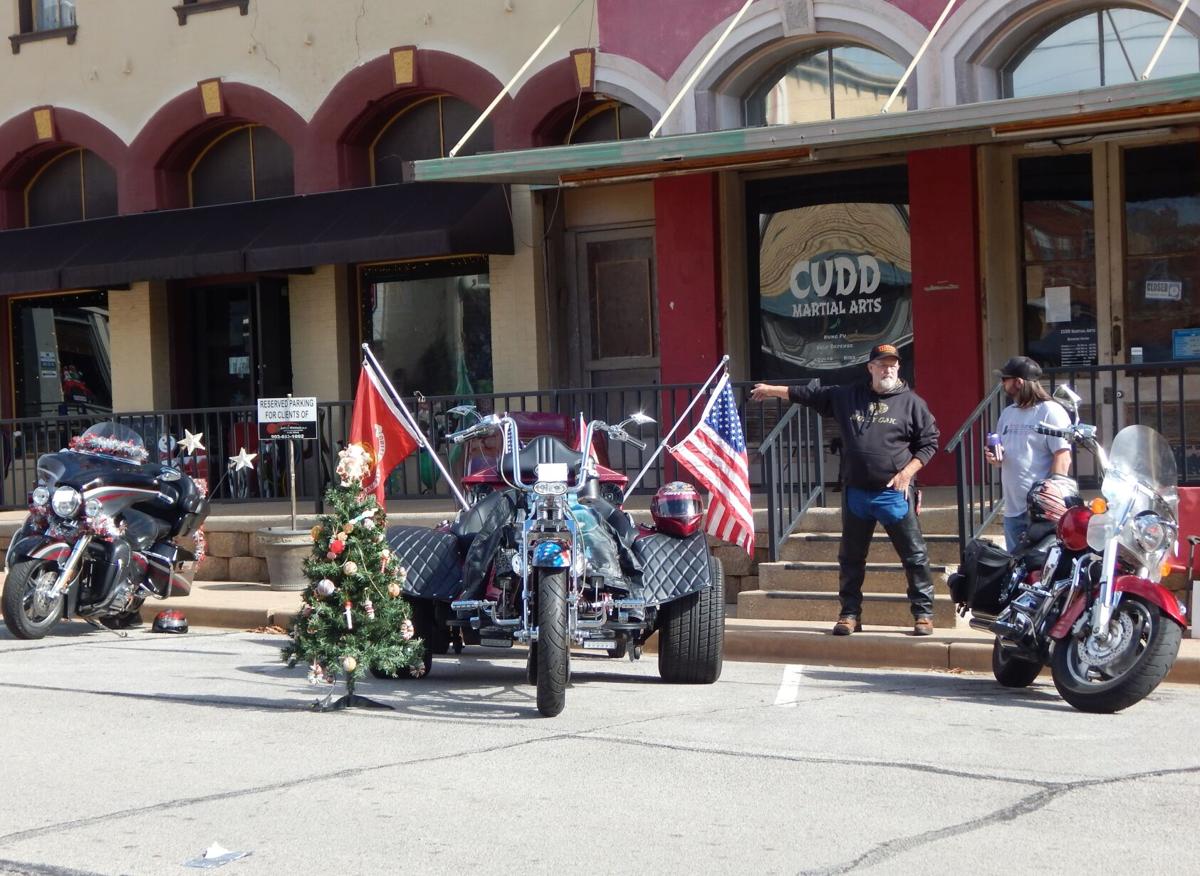 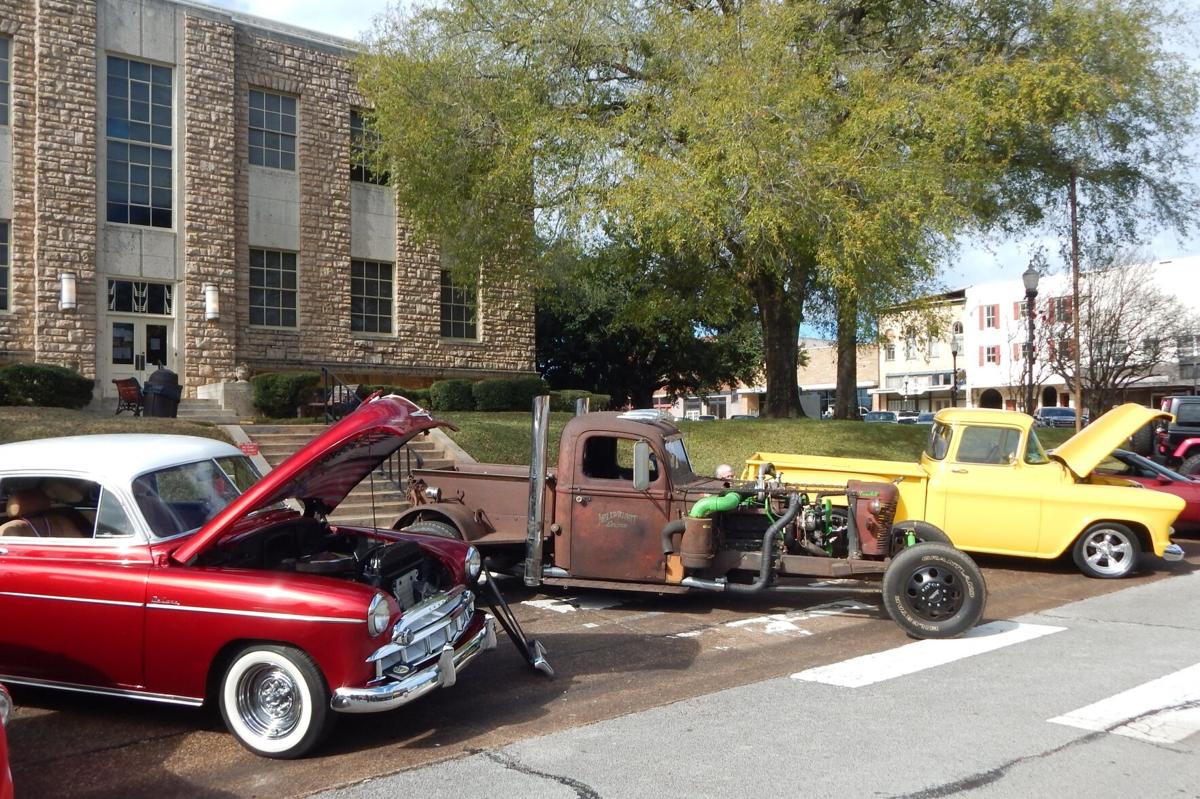 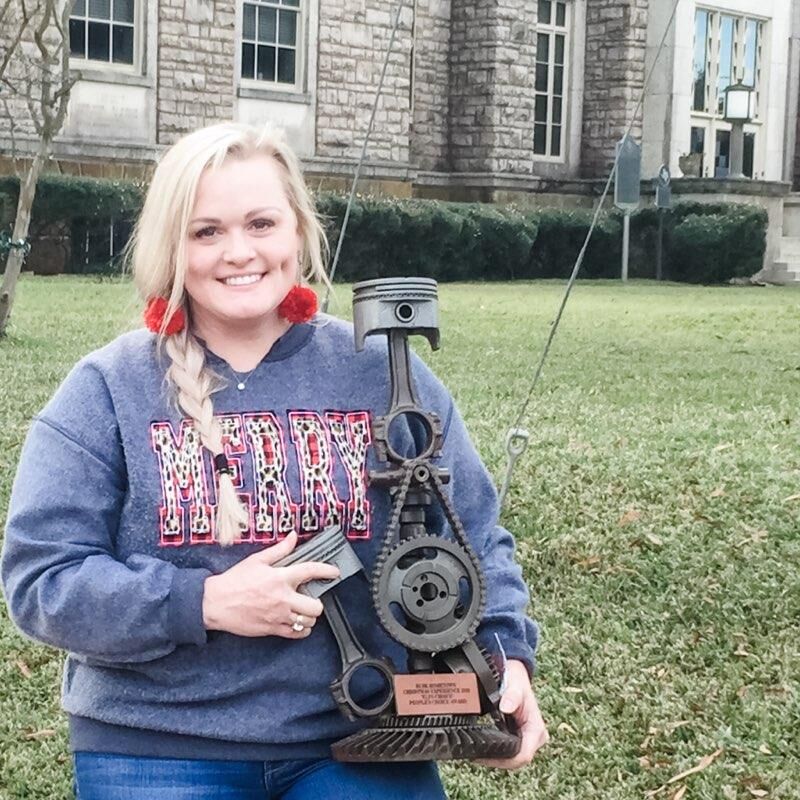 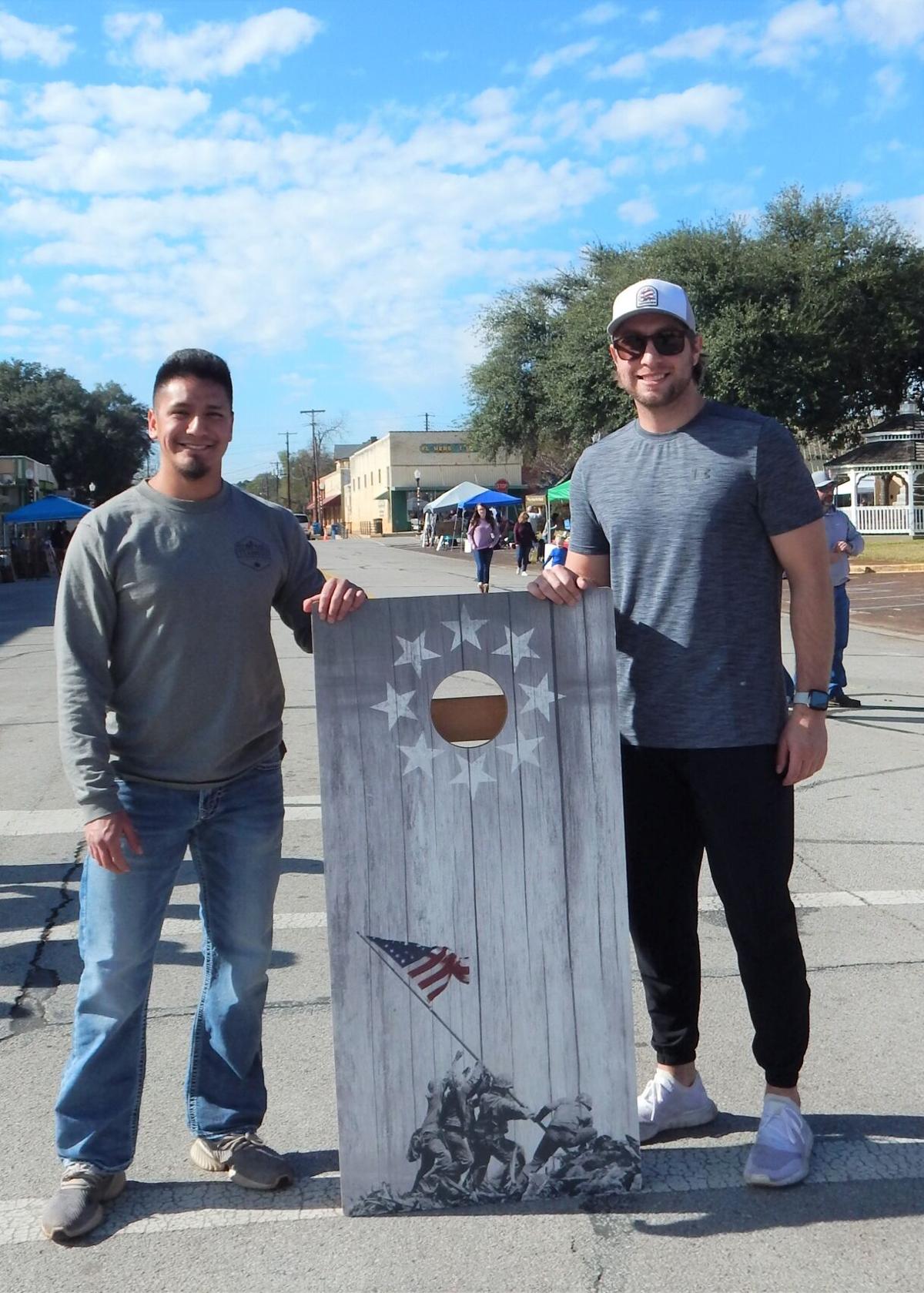 Winners of the cornhole tournament, Cory Geisler and Leo Rosales, took home a cash prize of $96.

Toys raised through the bike and car show to be donated to the Tree of Promise for the Dream Tree program.

Winners of the cornhole tournament, Cory Geisler and Leo Rosales, took home a cash prize of $96.

The Hometown Christmas Experience, organized by the Rusk Chamber of Commerce, took place on the Square Saturday, Dec. 5, in the first of what the Chamber plans on developing as an annual event.

There was even a cornhole tournament in the street, organized by Cameron Taylor.

A scavenger hunt was conducted to encourage visitors to shop with local merchants on the Square. Just under 100 entries were received, with Karrlee Lawson winning a prize basket valued over $300. J&J Jewelry, The Slab, For the Love of Nutrition, Bryan Barrow Photography, The Velvet Revolver, Underground Vapor Lounge, Birmingham Golf Club, La Charra Mexican Restaurant, Aly Bee’s Flowers & Gifts, Close to your Heart and Cherokee Parcel Post each donated items to the prize basket.

The cornhole tournament was comprised of 16 participants, playing on eight teams. The team of Cory Geisler and Leo Rosales prevailed against Taylor McIntyre and Juan Rosales, brother to Leo, in the final round earning the championship title and a $96 cash prize.

Custom made trophies were provided by Thomas Adams. A total of $430 was raised through the car and bike show and will benefit the Good Samaritan and The Tree of Promise, along with toy donations for the Dream Tree.

Murry Smith won the 50/50 raffle and donated all proceeds to the charities. Door prizes were donated by Allen’s Tire, Eagle Automotive, O’Reilly’s, The Slab and True Value.

Chris Baker of METL Brand Patches donates all plaques and punch cards for the event. Josie Fox contributed all stockings and candy canes for the event.

“So many volunteer hours went into making this inaugural event a success and we are very pleased with how everything turned out, especially considering we had a last minute reschedule due to weather,” Chamber Manager Josie Fox said. “I would like to acknowledge Mark Raiborn specifically, because without his vision, this event would not have happened. Almost a year ago he set out on a mission to light up our downtown square with Christmas cheer, and he has definitely accomplished that. I would also like to acknowledge the Christmas Committee members who helped organize each event and worked on projects: Alyssa Walley, Kim Beathard, Chris Baker, Heather Pyle, Leslie Taylor, Emily Raiborn, Rachel Loden, Lana Starkey, Cameron Taylor and Cynthia Kline. We are taking a small break and then the planning for next year’s event will begin. We are hoping to expand on what we learned from 2020 and make te 2021 Hometown Christmas Experience even better.”