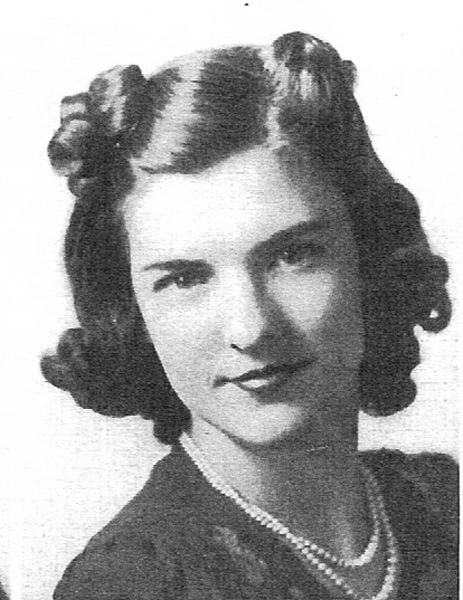 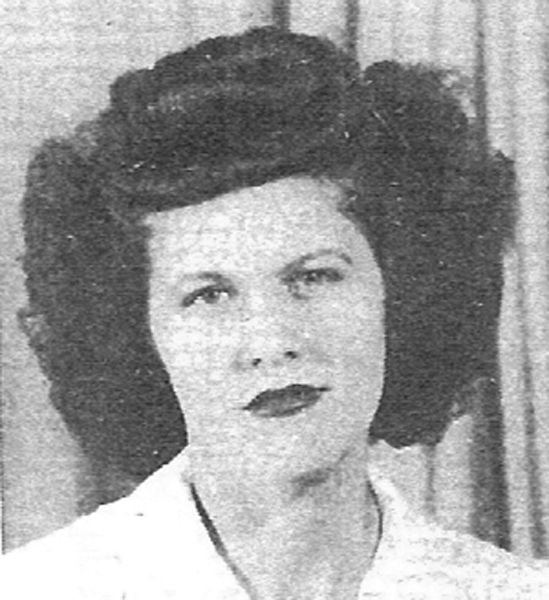 Birthdays come and go. Sometimes with great fanfare, other times unnoticed. These birthdays are special.

These friends and in-laws are an inspiration to many. Long time members of the Mixon First Baptist Church, they have been mentors to both young and old.

This article will examine their college days. And I must begin by asking, “Did everyone look like Rita Hayworth in the 1940s?” Anita and Ruth certainly did.

Born in Alto, Texas, Anita Cole entered Lon Morris College during WW II. She shared, “My roommate was Gloria Conner; her dad worked for the railroad…We lived in Lula Morris Hall. Our suitemate was a girl from Maydelle, Janis Durrett; she played basketball and had done so in high school as well …”

The accompanying photo of Anita is her Zeta Theta Gamma sorority photo from the 1946 Lon Morris yearbook. “I was in the A Capella Choir at Lon Morris … My sister, Doro Jo, who was five years older than me, attended Lon Morris too. She played the piano…We both sang … ”

Anita continued, “It was wartime and our Lon Morris choir didn’t get to travel much because gas was difficult to find—everything was rationed, although once we did sing at the Methodist Church in Houston. Dr. Peeples was President of Lon Morris at the time. I was in one of his classes…”

During World War II, many young college girls met their future husbands when soldiers came home on leave. That’s Anita’s story too, “… he was so good looking in his uniform …” She continued by remembering the sacrifices everyone made during those war years, women at home and soldiers abroad that fought for freedom including her late husband, Frank.

At the close of the interview, Mrs. Ross spontaneously burst into song. I listened intently as she sang in a clea, beautiful voice the Lon Morris College anthem.

She smiled and added, “When my grandchildren visit, they always ask me to sing the Lon Morris song …”

Ruth Ross Langston Cole had beauty, brains and the determination to succeed even during the uncertain times of the 1930s and 40s. Ruth began college and attended from Lon Morris during the Great Depression. Ultimately she received her Master’s Degree from SFA. The college newspaper published a story about Ruth and her family; they all graduated from SFA on the same day! The headline stated that it was the largest graduation class in school history. Ruth’s family members and in-laws who also graduated were: R.J. and Navoleine Ross Roddy, Doris and John Hayes Stockton.

Ruth shared, “In my family, I was the oldest girl … there were 2 boys and 3 girls. .. Daddy traded produce, sold hay and managed a store to put me through school. I always wanted to be a teacher… After Lon Morris, I taught at Mixon School for two years and decided to go back to college and get the advanced degree … I actually started teaching in 1938 and then got my Master’s Degree in 1949...”

Cole’s photo is from her 1941 Stephen F. Austin State Teachers’ College yearbook; she was a senior that year.

NOTE: This is the first in a series of upcoming articles about Lon Morris. Mark your calendar because everyone is invited to a special event, Lon Morris Remembered, on Saturday, November 17th, 5 to 7 pm at the First United Methodist Church (FUMC) Jacksonville. There will be guest speakers, historical displays, hors d’oeuvres and music. The event is sponsored by the Cherokee County Historical Commission and hosted by the FUMC. For details contact the Rev. Barbara Hugghins at 903-586-2494.