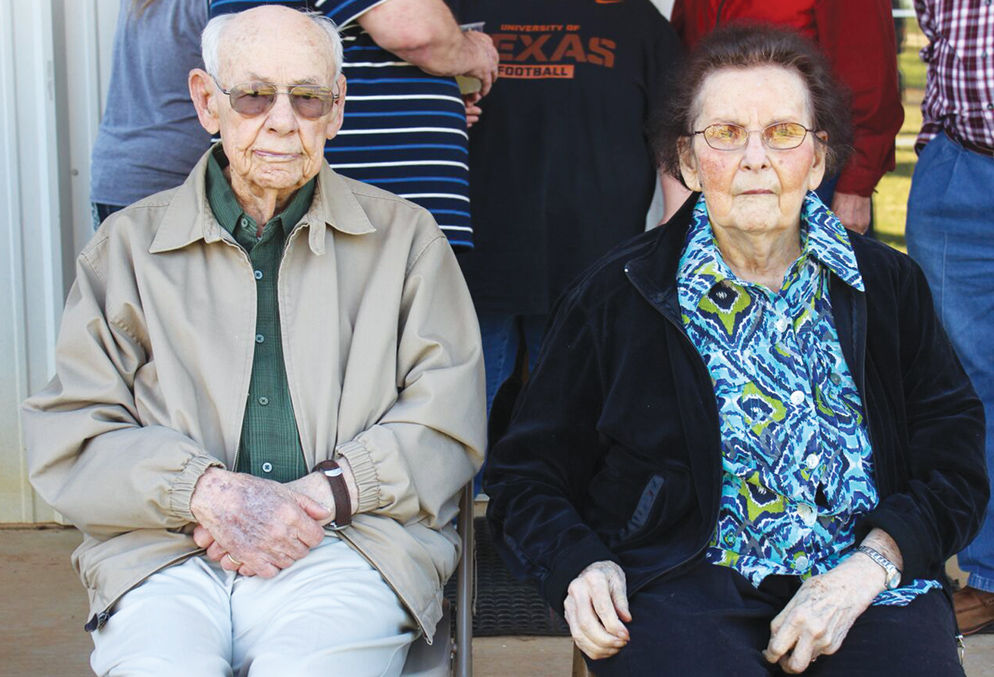 Nichols and his wife pose for a photo during the celebration. 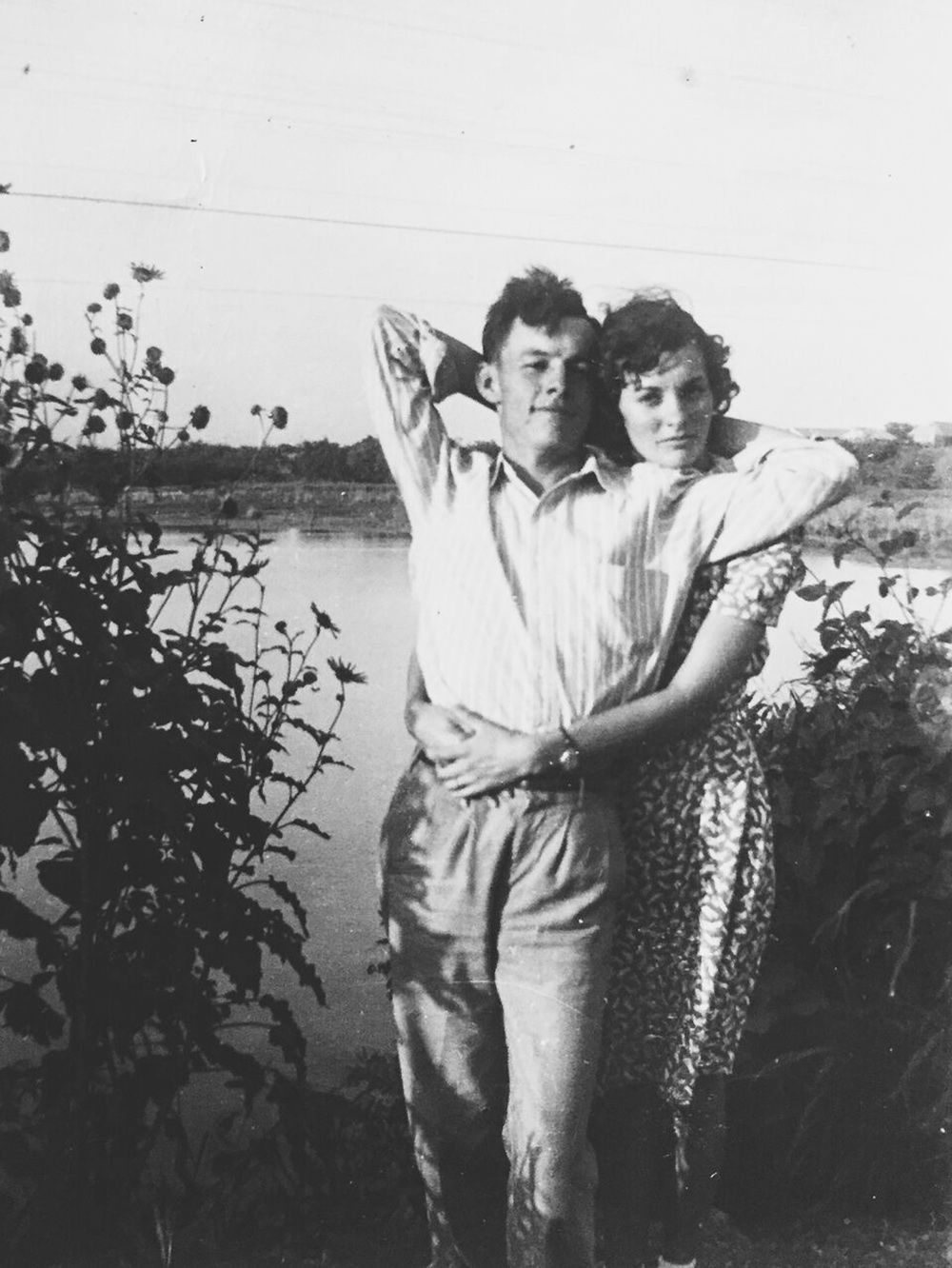 Nichols and his wife in a romantic pose from the early years. 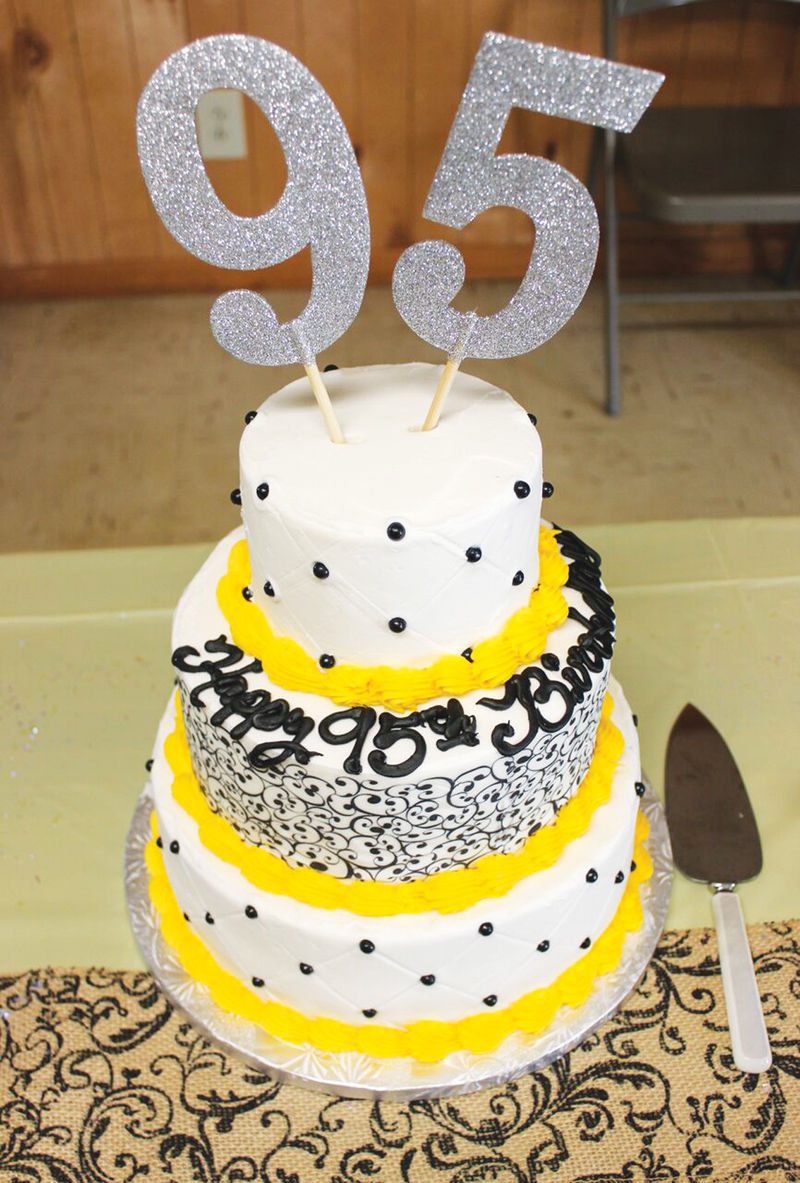 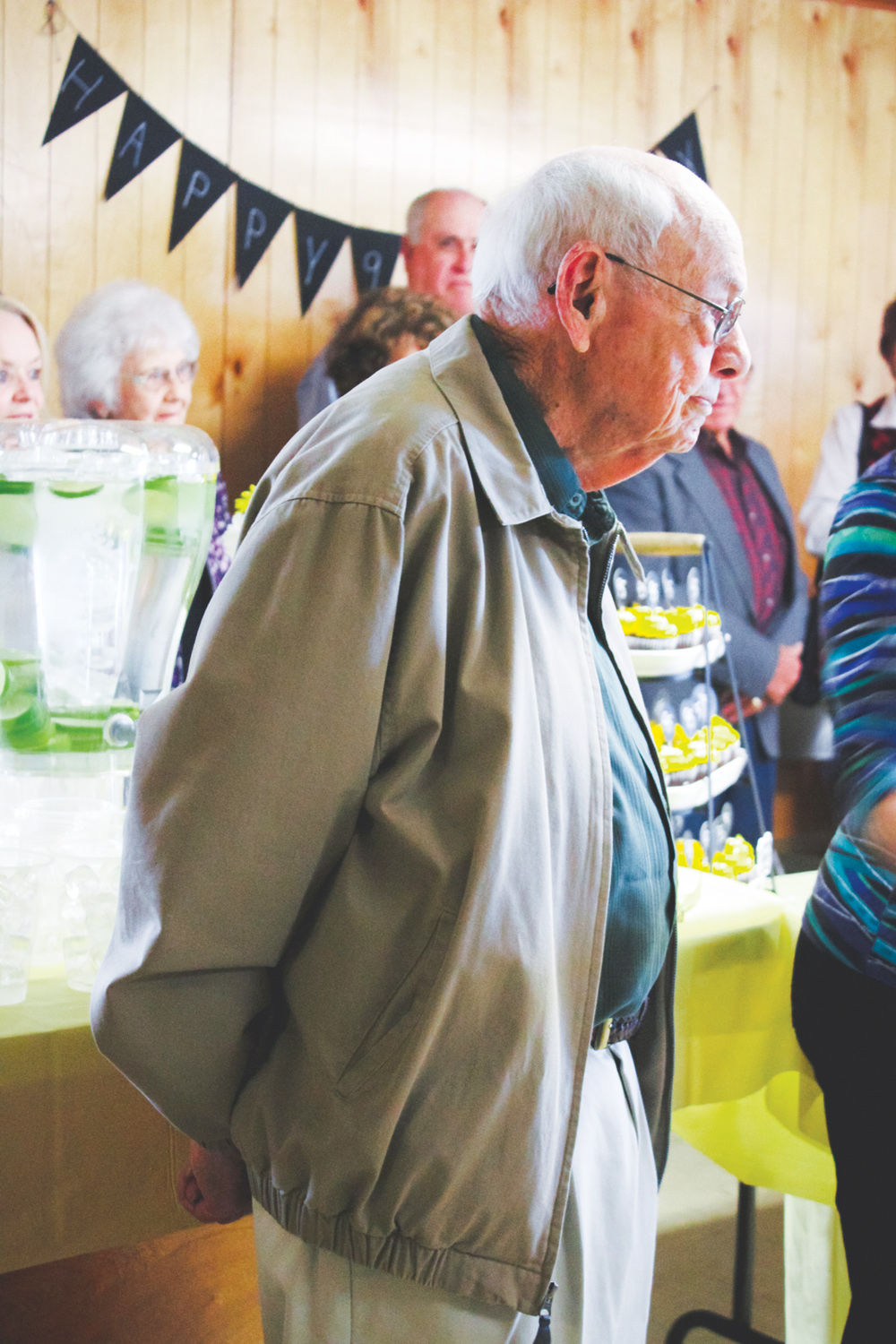 Nichols and his wife pose for a photo during the celebration.

Nichols and his wife in a romantic pose from the early years.

On Jan. 17, Nichols turned 95 years old and celebrated with family and friends who gathered together in celebration at  the Lilbert Methodist Church Fellowship Hall.

Born to George and Elsie Nichols in 1921, Nichols was raised on a farm in Cushing where he learned about farming and living a Christian life. During high school he found his soul mate, Vera Whitaker. After graduating high school together in 1939, they decided to get married on August 23, 1941. This year will mark their 75th wedding anniversary, and she is still the apple of his eye.

When Pearl Harbor was attacked in 1941, Nichols was drafted into the army a year later. Stationed in the European theater inside the signal core, he fought in the Battle of Bulge until October 31, 1945.

In August 1943, Vera gave birth to his son, Herbert L. Nichols Jr. (also known as Nicky.) Nicky was born while Nichols was stationed in Europe, and he did not not meet his son for the first time until the boy was 3 years old.

Later, the cpuple had two more children, Linda and Lisa. After his service, Nichols began a career at Rusk State Hospital in 1952. He began as an attendant, working his way up to director of maximum security.

Upon retirement on April 30, 1984, his job title was director of auxiliary services. After retirement, having been raised on a farm, Nichols started a farm of his own in Lilbert.

Being greeting by so many loved ones at his birthday celebration this past Saturday, definitely put a smile on his face. He lives out his philosophy, that there really isn't anything better than family and friends; and to love without limitations.

When asked, "what is the most important thing in life to you?" Nichols stated, "leading a Christian life."

Nichols and his wife still reside at their farm in Lilbert. Today, Nichols teaches Sunday School at Lilbert Methodist Church every Sunday. His genuine love for his family and friends has made this one-of-a-kind man treasured by many. His life exemplifies Christian leadership through a legacy of love.