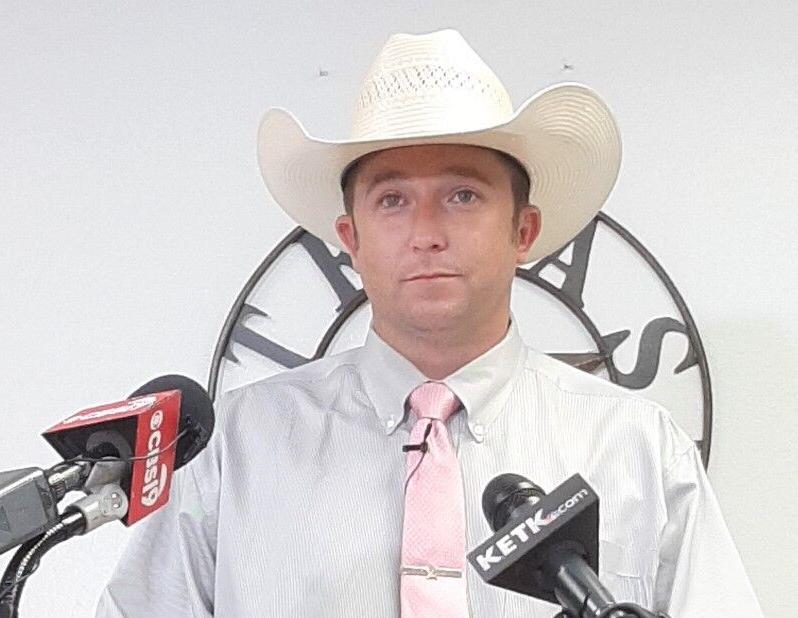 Arrest affidavits for three men charged with capital murder in the shooting deaths of four Tuesday near New Summerfield, sheds light on the events leading up to the incident.

The Cherokee County Sheriff’s Office identified the suspects as Jesse Pawlowski, 20; Dylan Welch, 21 and Billy Phillips, 37; all from the Jacksonville area.

All three were charged with capital murder and are being held in the Cherokee County jail on $1,000,000 bond each.

Hickey and Clinton were mother and son.

Affidavits provided by the Cherokee County District Clerk detailed the events of the quadruple homicide.

Due to a relationship with both Gerla and Clinton, Pawlowski visited Gerla’s home on numerous occasions. During those visits he learned there were multiple firearms in the home, including a handgun Clinton said he wanted to sell. Pawlowski stated he, Phillips and Welch conspired to steal the gun, according to an affidavit.

Pawlowski went to Gerla’s home on the night of July 19 and texted Phillips to pick him up and steal the gun. When Phillips and Welch arrived, Pawlowski and Clinton walked to the end of the driveway to meet them. Pawlowski stated it was then that Phillips took the handgun from Clinton and shot him.

Pawlowski stated Phillips and Welch then stole two shotguns from the residence, after which he removed the key fob to the Dodge Challenger from Clinton’s pocket, according to an affidavit.

The stolen Dodge Challenger was left near a metal building in Jacksonville to be illegally sold later.

Pawlowski stated on July 20, he and Phillips turned in a stolen cell phone at a “kiosk” at Walmart in exchange for a cash payment.

Phillips denies involvement in the murders or even being present when they occurred. However, Texas Ranger Nicholas Castle stated in an affidavit that the information provided by Pawlowski was consistent with information gained during the processing of the crime scene.

Members of the United States Marshal Task Force located Gerla’s Dodge Challenger and a black handgun at the location indicated by Pawlowski on July 20. That same day Cherokee County Sheriff’s Office personnel obtained a digital image of Pawlowski and Phillips turning a cell phone in at a “kiosk” at Walmart in Jacksonville.

Both Pawlowski and Phillips have had previous encounters with law enforcement. Pawlowski was arrested on burglary charges in Oct. 2019. Phillips was arrested last month on charges of failing to comply with sex offender duty to register.

Social media posts from Gerla’s friends described their surprise at the murder and their personal loss.

“I just got the news and I can’t believe it,” Kevita Wickware, of Rusk, posted to Facebook. “Jeffery Jack you were the funniest and most caring person I’ve ever met. Us working together is something I will never forget or how you made every situation better, your memory is a blessing to all of us and you will truly be missed.”

A post to Amanda Bain’s tribute wall on Cottle Funeral Home’s website described her as an animated and cheerful woman.

“I met Amanda while we both worked at McDonald’s 20 years ago. She was so dependable and happy. She had the sweetest most crazy way of connecting with anyone who crossed her path and making them laugh and walk away with a smile,” read a portion of the post by Priscilla Daugherty.

Cherokee County Sheriff Brent Dickson admitted he was surprised the case was resolved so quickly.

“Every witness we had on the scene was deceased,” he said. “Our crew really worked well together. We had a lot of good outside sources come in and help us and the community really stepped up and helped us out.”

Law enforcement agencies contributing to the quick resolution of this case were the Texas Rangers and Cherokee County Sheriff’s Office, who conducted the investigation and arrests; the U.S. Marshals, who assisted in apprehension; and the Texas Anti-Gang task force and Homeland Security, which assisted in analytical work.