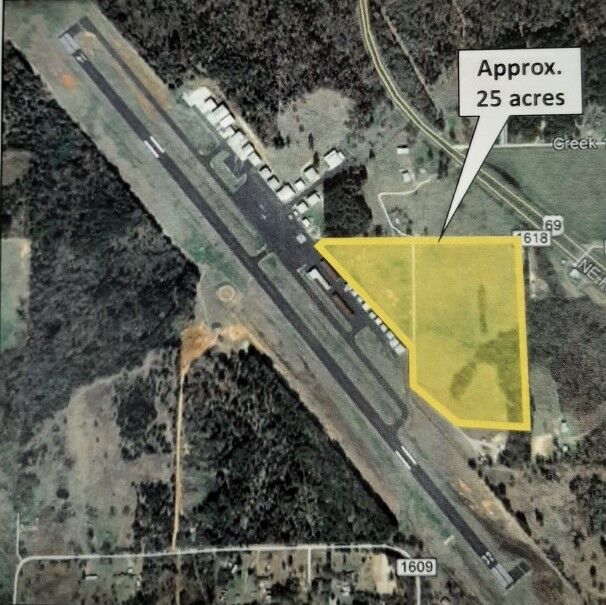 This map indicates the area in which the airport plans to expand operations. 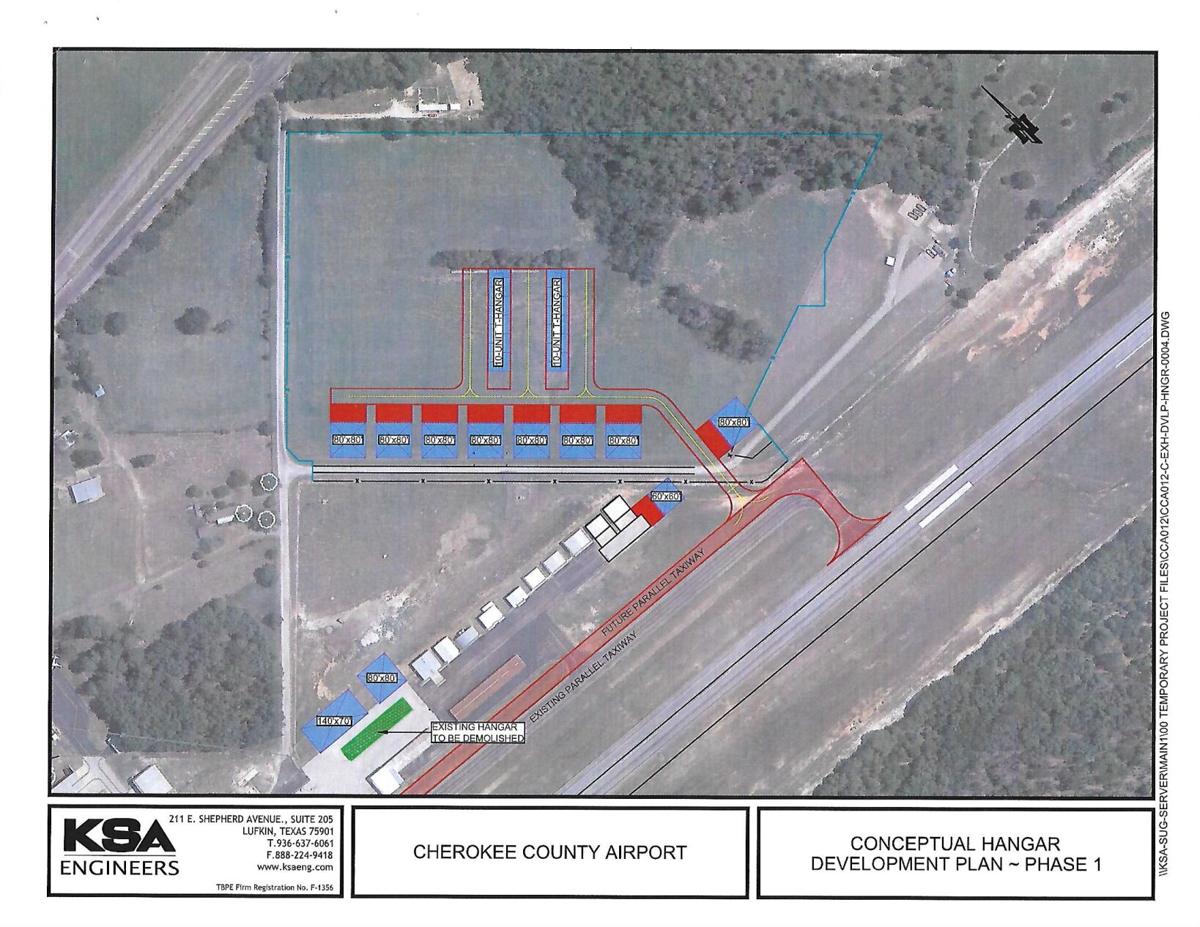 This map indicates plans for Phase 1 of the Cherokee County Airport expansion.

This map indicates the area in which the airport plans to expand operations.

This map indicates plans for Phase 1 of the Cherokee County Airport expansion.

Having received approval of an overall, long-term expansion plan from Cherokee County commissioners Feb. 9, the airport board is taking the first steps towards Phase 1 of the development.

The board will complete and submit grant applications to the Northeast Texas Regional Mobility Authority and the United States Department of Agriculture to obtain funding for the expansion project.

The Cherokee County Airport, KJSO, is classified as a business/corporate airport.

“That’s basically about as high a level as you get before you go into a DFW or a Hobby or something like that, meaning that based on its facilities, its instrument approaches and the size of it’s runway, we’re able to bring in corporate aircraft and jets capable of holding between 10 and 15, 16 passengers and a couple of crew,” James Hubbard said during a presentation at a commissioner’s court meeting.

The airport is also a Fixed Base Operation, meaning it provides all necessary services, such as avgas, jet fuel and ramp services, to support the airport and flight operations.

Currently, the airport has 27 box hangers and 16 T-hangers, all of which are filled, according to Hubbard.

“We’ve really been growing out here. For years now, we’ve been talking about how we’re going to have a need for hangers. We’re going to run out of room. There’s never really been a really good development plan and we’re just going to reach a situation where we’d be landlocked,” Hubbard said. “That time is now. We’re here. We are right now having to turn people away on hangers. We have nowhere to build them.”

The area in which the airport board would like to see expansion take place is approximately 25 acres of county-owned land which offers the most level topography near the existing airport.

“The one barrier to that area is the county solid waste collection point is on the south end of that area that would probably need to be relocated,” Hubbard said.

The overall project would consist of approximately 80 hangers which could house, at max capacity, about 150-200 additional aircraft due to the fact that the hangers could fit multiple aircraft depending on size.

“This is not a chicken or the egg scenario,” Hubbard said. “People don’t buy million-dollar, two-million, three-million dollar planes and put them on the ramp. You have got have a place for them to keep them or they’re never going to bring them to Cherokee County, or at least a place where they can construct it, and that’s what we don’t have right now.”

The airport board suggests box hangers be built privately.

“We’re not going to speculatively build those box hangers because they are a little bit harder to fill and they’re a lot more expensive,” Hubbard said.

Hubbard did leave open the possibility of Jacksonville Economic Development Corporation building a hanger for a guarantee that a corporation would move in.

Airport Manager Clint Goff stated he had about 10 individuals currently on a waiting list who desire to build hangers.

The cost of Phase 1 development was estimated at $3.21 million, although final numbers would not be known until after the engineering and design were complete, according to Goff.

The airport board is seeking grant funding and believes they can obtain approximately $100,000 from NETRMA. The board will also apply for funding from the USDA, requesting an amount between $2.5 and $3 million.

Hubbard believed the amount the USDA might approve would be around $500,000, with an offer of a low-interest loan for the remainder. The loan would likely be for 40 years at a 3.25% locked interest rate. The board also estimated they could obtain up to $250,000 in local support.

It was estimated that the Phase 1 expansion should reach the break-even point on debt service during year four.

Other opportunities to assist in paying for expansion were presented. The first suggestion was an increase in fuel prices.

“Fuel prices in Cherokee County are extremely reasonable, if not the lowest in the area, then probably the second lowest within a 100-mile flight of this area,” Hubbard said. “While I don’t want to personally pay more for fuel, it may be good for the airport.”

A second option was the implementation of a fuel minimum.

“What we don’t want to see is the new space invested in and expanded upon and then aircraft not operate. When an aircraft is just sitting there, they’re not getting their annual maintenance done at one of the local shops, generating revenue, creating jobs. They’re not buying fuel. They’re really just a drain on the airport,” Hubbard said. “So, if we implemented some kind of fuel minimum, that would be an encouragement that they had to buy a certain amount of fuel per month or they just are charged that by the county directly and that would be 100% profit. Basically, it would encourage people to use their airplanes if they’re going to keep them at the airport.”

Another option presented was an increase in the cost of ground leases in the expanded area, with the possibility that the cost could be dropped down at a later time.

Once funding is secured and the many steps completed so that construction is allowed to begin; Goff estimates a six- to eight-month time frame for the actual building of Phase 1.