Investigators are searching for a 2017 Dodge Challenger, license plate LTY9935, in relation to a quadruple homicide outside New Summerfield. 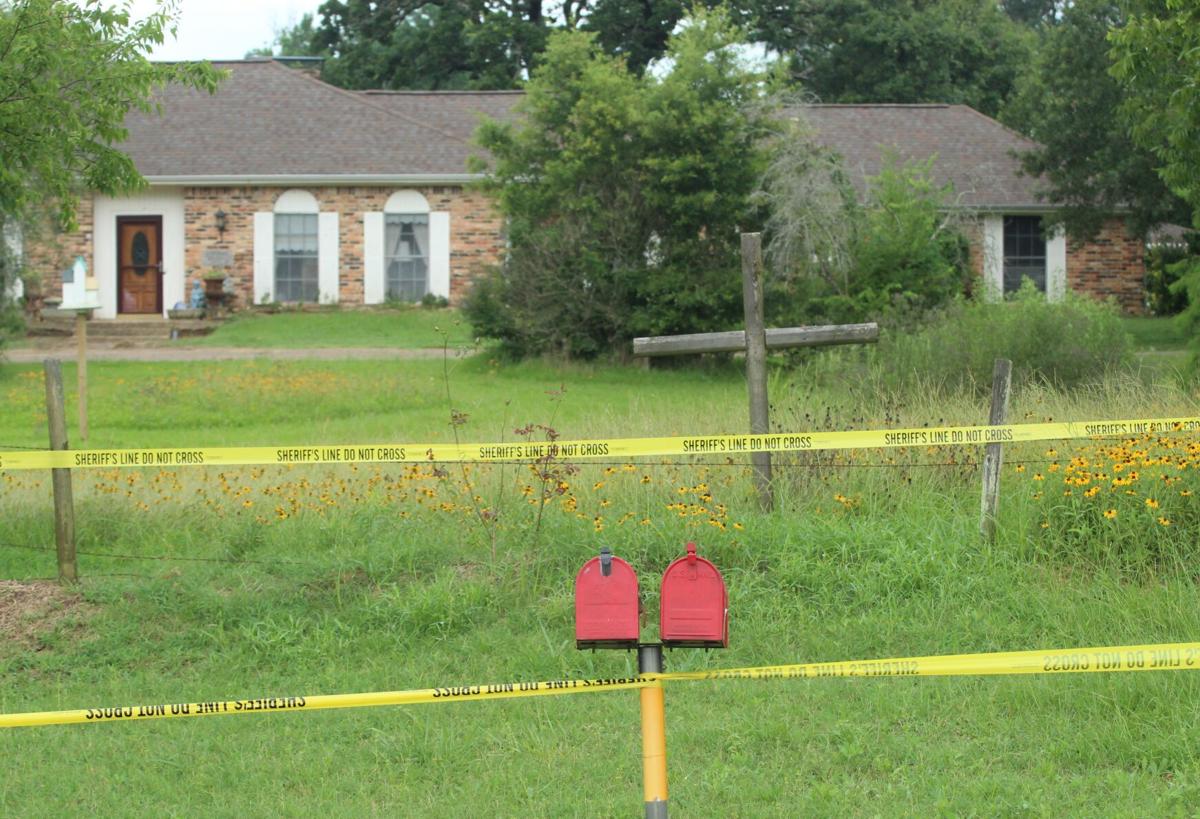 Law enforcement is investigating after four shooting victims were located July 20 in a residence located on the back portion of the property behind this house, just north of New Summerfield.

Investigators are searching for a 2017 Dodge Challenger, license plate LTY9935, in relation to a quadruple homicide outside New Summerfield.

Law enforcement is investigating after four shooting victims were located July 20 in a residence located on the back portion of the property behind this house, just north of New Summerfield.

Cherokee County Sheriff Brent Dickson confirmed the 2017 Dodge Challenger being sought in connection to the shooting that killed four early Tuesday morning has been found and two individuals have been taken in for questioning.

The vehicle was located by law enforcement about 8:30 p.m. Tuesday evening on US 79 inside the city limits of Jacksonville, heading towards Palestine, according to Dickson.

Two individuals have been detained for questioning in regards to the murders, which took place on Hwy 110 just north of New Summerfield. Dickson reported their detainment was not in relation to locating the vehicle.

“I feel like we’re in the right direction and we should be able to place some individuals in custody within the next several hours,” Dickson said.

Dickson stated he would be able to release further information at a press conference to be held at 10:30 a.m Wednesday.

New information will be provided following the press conference.

Cherokee County Sheriff Brent Dickson stated in an afternoon press conference that authorities are searching for a vehicle in connection with a quadruple homicide that took place at a residence in the 1600 block of Hwy 110.

The vehicle, a 2017 Dodge Challenger bearing the license plate LTY9935, belonged to one of the homicide victims and was stolen from the scene. The car is red with a black racing stripe down the middle.

Dickson confirmed the 911 call that directed authorities to a dead body in the driveway of the home was made by the female resident at the front of the property near where the body was found.

The three deceased individuals located by deputies were actually discovered in bedrooms inside a residence on the back of the property.

The victims were identified only as an 18-year-old male, a 47-year-old male and a 45-year-old female, pending family notification. A fourth victim was an unidentified female believed to be in her mid-30s or 40s.

It was reported that two of the victims are mother and son, while the others knew the pair through dating relationships.

All the bodies are being transported to the Southwestern Institute of Forensic Science for autopsies.

No details regarding the suspect are currently known although Dickson stated only a single suspect was being sought.

“He just killed four people, so we’re going to call him armed and dangerous,” Dickson said.

Dickson asks anyone with information regarding the whereabouts of the vehicle or anyone who saw or heard anything suspicious, to contact the Cherokee County Sheriff’s Office at 903-683-2271.

Texas Rangers are assisting the Cherokee County Sheriff’s Office with the investigation.

The Cherokee County Sheriff’s Department is investigating a quadruple homicide which took place at a home located on Hwy 110 near CR 4719, approximately two miles north of the New Summerfield city limits.

A 911 call reporting a deceased body in the driveway of the home was received about 7:55 this morning, according to Cherokee County Sheriff Brent Dickson.

Deputies dispatched to the scene not only discovered the body, as indicated by the 911 call, but located three more deceased persons when clearing the property. All of the deceased were shooting victims. Identification of the victims has not yet been released.

The Special Investigative Unit is currently attempting to locate a person of interest in connection with the case, according to Dickson.

This is a developing story and updates will be provided as information is released.