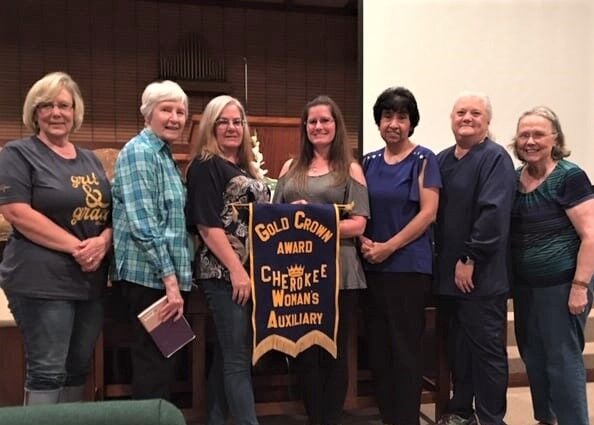 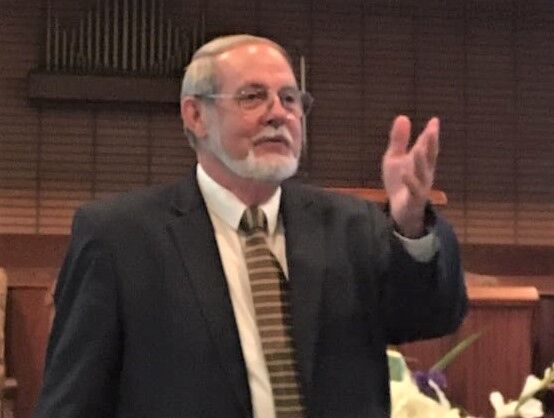 Dr. Ricky Williams, professor at the Baptist Missionary Association Theological Seminary, gives a speech on missions to a recent WMA meeting held at the seminary’s chapel.

Dr. Ricky Williams, professor at the Baptist Missionary Association Theological Seminary, gives a speech on missions to a recent WMA meeting held at the seminary’s chapel.

The Cherokee District Women’s Missionary Auxiliary met on April 13 at Baptist Missionary Association Theological Seminary Chapel in Jacksonville. The meeting began at 6:30 p.m. and there was no meal served.

President Cindy Allen called the meeting to order and the WMA Motto was recited. The Roll Call of officers, churches, visitors, and ministers was conducted by Shirley McAnally, assistant secretary/treasurer.

Dr. Ricky Williams, who serves as a professor at the BMA Seminary, spoke on “Teamwork in Missions,” based on I Corinthians 3: 5-9.

He stated a missionary is never a “Lone Ranger.” He has someone to step in or go alongside when needed. He credited Brother H. L. Lee with having a heart for Mexican missions and stirring up the hearts of men, such as Buddy Johnson and himself, to enter the mission field.

He mentioned working as a team with Johnson and Dr. John Ladd in the Bible Institute, the Clinic, and while he was establishing a church in Aquismon, Mexico. He spoke of the teamwork it takes to translate and publish the Baptist Publishing House Literature into the Spanish language, which is the Spanish publications Ministry of the Baptist Missionary Association of America.

In the process of translation to publication, many volunteers are called upon, working in various phases of the process to produce a quarterly that can be printed and used. Their dream is to train Hispanics to perform this work.

After the program, old and new business was addressed by the voting members of the district.

The Attendance Banner was awarded to Mt. Selman Baptist Church WMA. Attendance consisted of six officers, 12 WMA ladies, and three ministers, for a total of 21.

Words of Appreciation will be expressed to BMA Seminary with a card for allowing us to use the seminary chapel for the meeting.

Cindy Allen announced a meeting for officers will be conducted on a Sunday in June. A representative from each church is invited to attend. New officers and plans for the next year will be discussed.

The meeting was dismissed in prayer by Alicia Johnson.

The next district WMA meeting is scheduled for July 13 at Afton Grove.