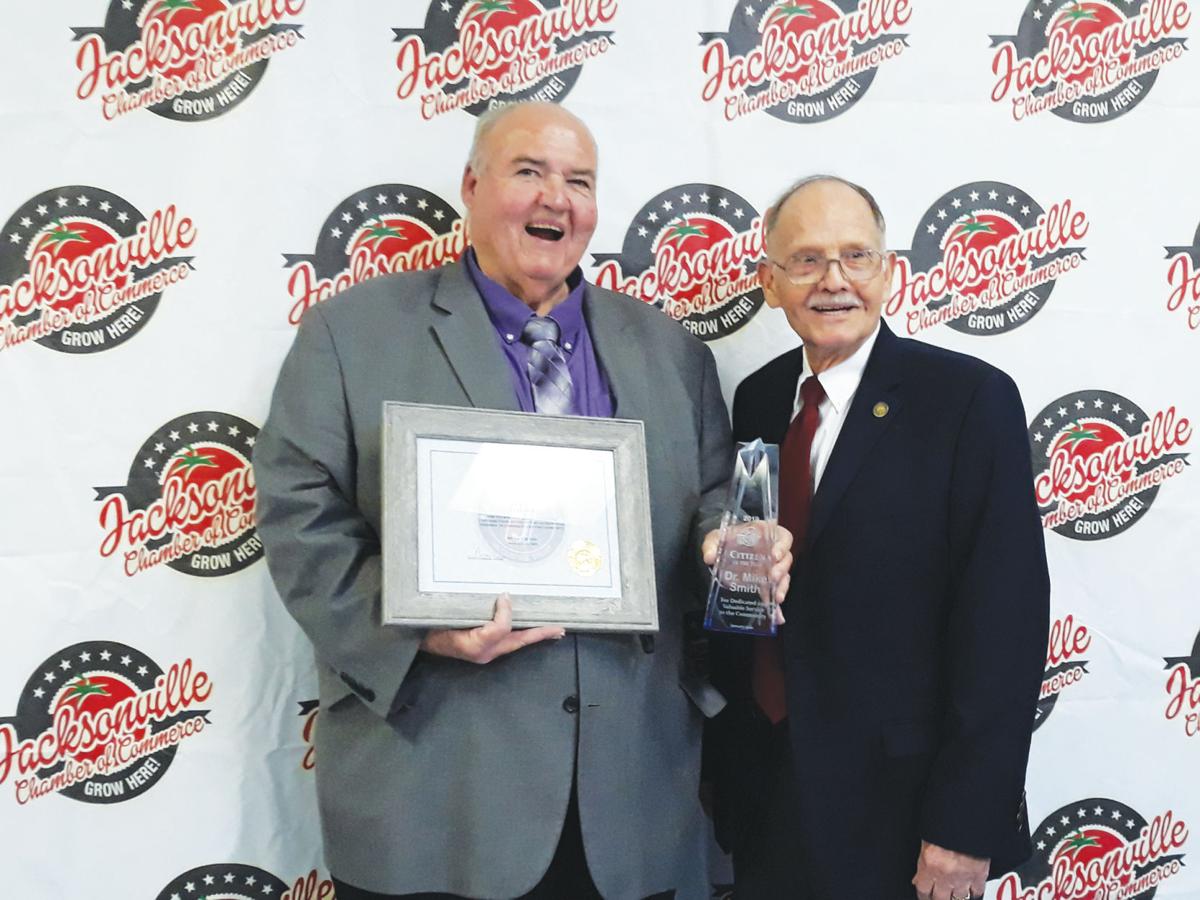 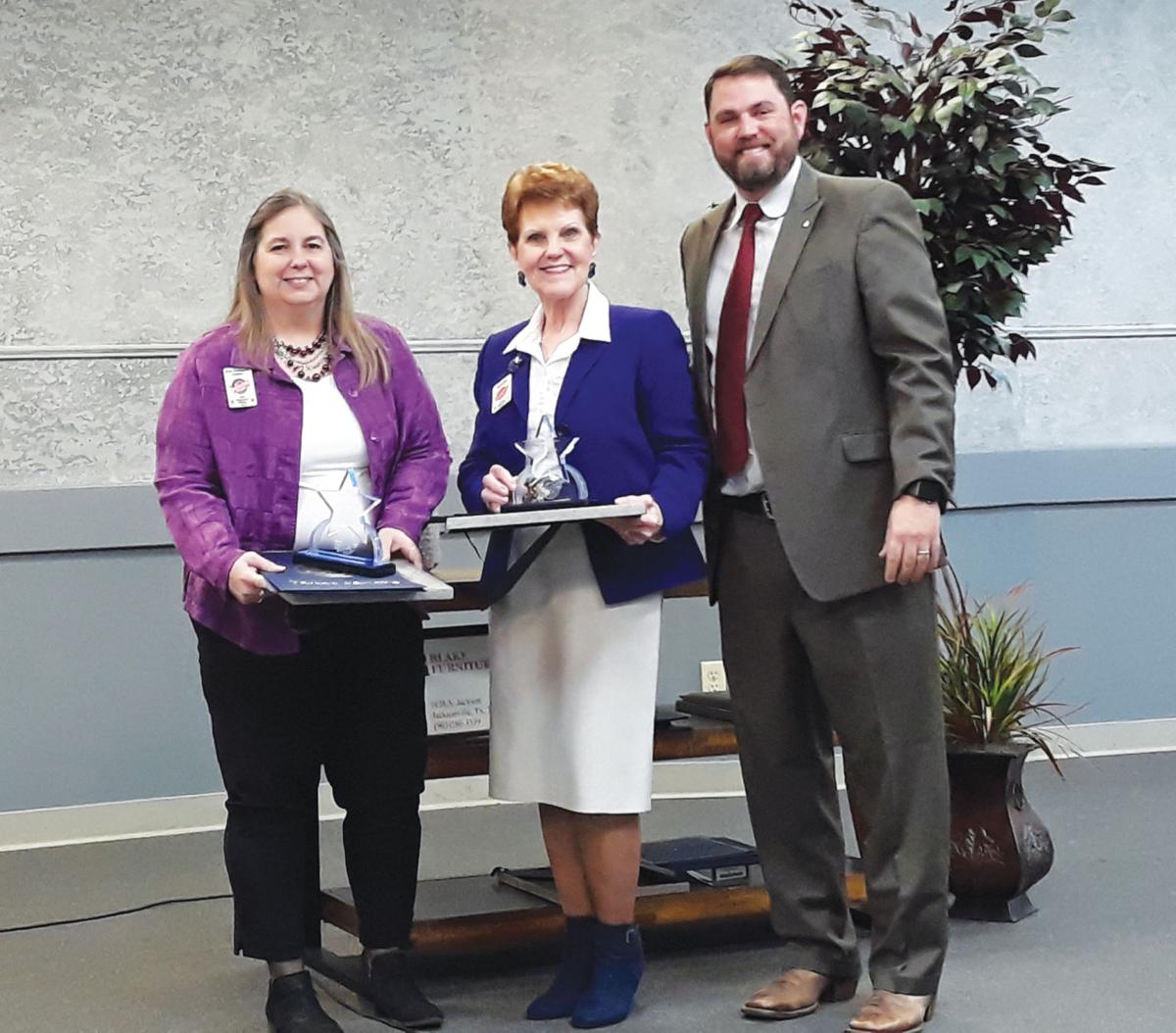 From left, Pam Anderson and Judy Batton are presented as the co-winners of the “2019 Division Chairperson of the Year” by Tom Trimble, the  2019 Chamber Chairman of the Board.

From left, Pam Anderson and Judy Batton are presented as the co-winners of the “2019 Division Chairperson of the Year” by Tom Trimble, the  2019 Chamber Chairman of the Board.

Jacksonville College President Dr. Mike Smith was honored as the 2019 Outstanding Citizen of the Year, as his friends and family surprised him as he stepped onstage.

“Thank you to my wife, Susan, my family and all those at Jacksonville College, and I thank you the citizens of Jacksonville,” Smith said. “I am, indeed, humbled and honored to receive this, thank you.”

Smith added: “I want to give honor to my Lord and Savior, Jesus.”

Smith and his wife have been married since 1974, and they have two children and five grandchildren.

The Citizen of the Year Award was not Smith's only recognition during the event. He also received 2019 Chamber Chairman Tom Trimble's Chairman Award for his “quiet and steadfast way of stepping up in our community … it's an inspiration to us all.”

Trimble referred to the award as the “Moving Mountains Award,” mentioning when Smith obtained the help of the JC women's basketball team to help the Chamber of Commerce move into a new building this past year.

Other awards given during the event included the 2019 Division Chairperson of the Year which was awarded to co-recipients Pam Anderson (Education) and Judy Batton (Community Development); and Trimble was recognized for his service during 2019.

Incoming Chamber Chairwoman Patty Rivers spoke and said her motto for the new year is: “Focused on Today and Looking to Tomorrow.”

Shannon Hitt served as the mistress of ceremonies, and Dr. Smith gave the invocation and led the pledge of allegiance.

The banquet was catered by Sadler's Kitchen.