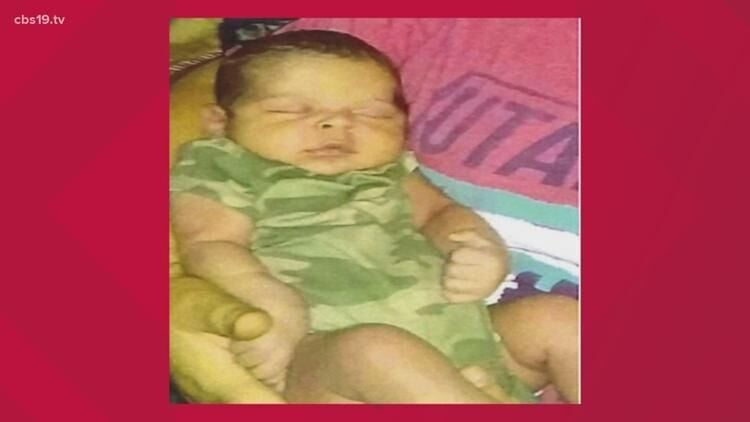 Armaidre Argumon has been missing since Sept. 18, 2020 when he was only one month old.

Armaidre Argumon has been missing since Sept. 18, 2020 when he was only one month old.

Deandre Argumon was sentenced Wednesday to 15 years in prison in connection with the disappearance of his infant son, Armaidre Antwan Marquie Argumon. Despite an AMBER Alert and many search efforts, the child still has not been located.

Argumon was charged with Abandoning a Child, and also sentenced to eight years for Unauthorized Use of a Motor Vehicle. The sentences will be served concurrently at the Texas Department of Criminal Justice Institutional Division, according to information from the district attorney’s office.

The child was one month old, clothed only in a diaper, when he was reported missing from the 500 block of Old Forest Road in Wells Sept. 18, 2020.

The Honorable Judge R. Chris Day presided over the case.

The defendant was represented by Defense Counsel Clay Dean Thomas of Douglass and Richard S. Simmons of Whitehouse.

Cherokee County Crime Stoppers offered a reward for information regarding the infant at the time of his disappearance and confirms a reward of up to $1,000 will still be paid for information that leads to the discovery of the child.