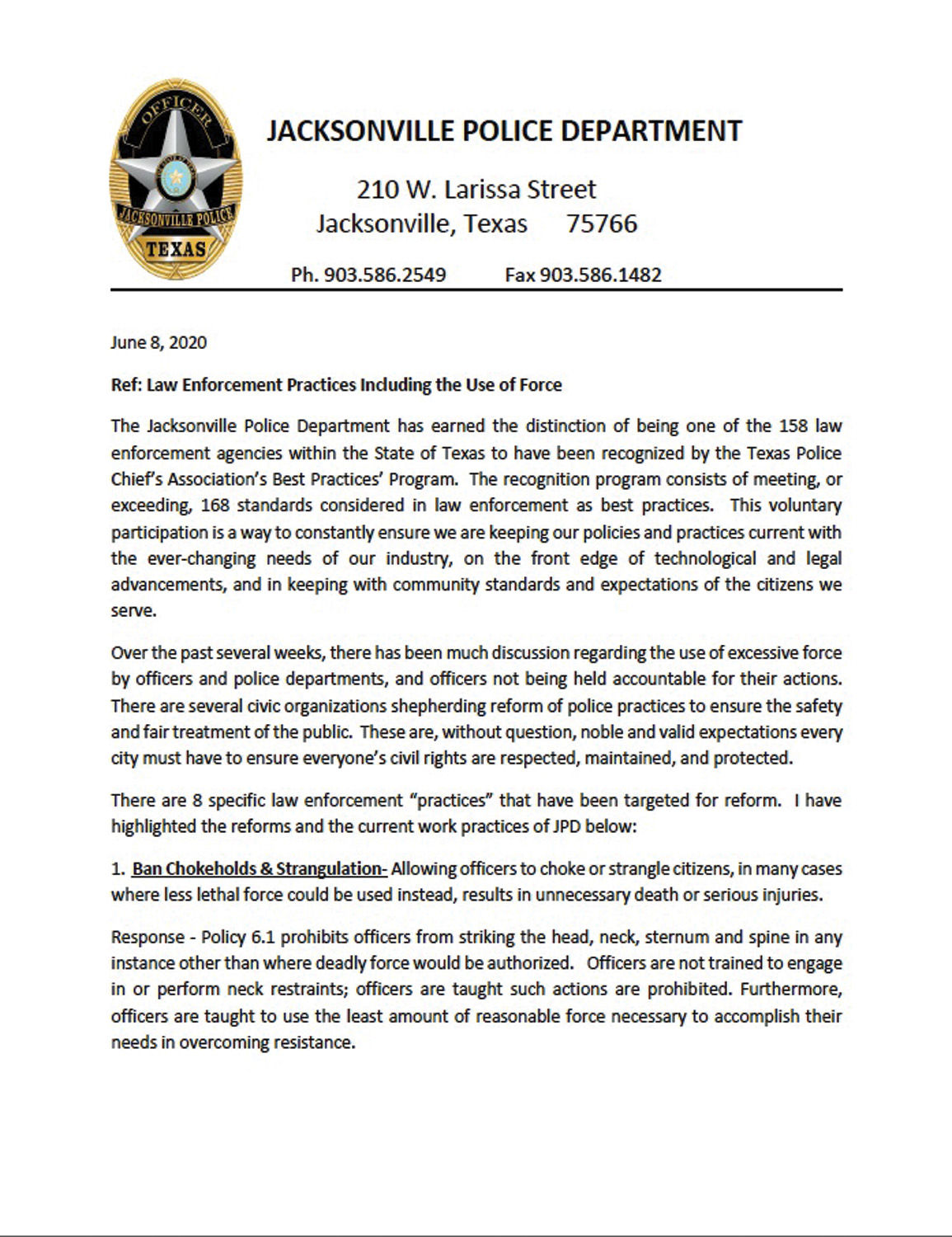 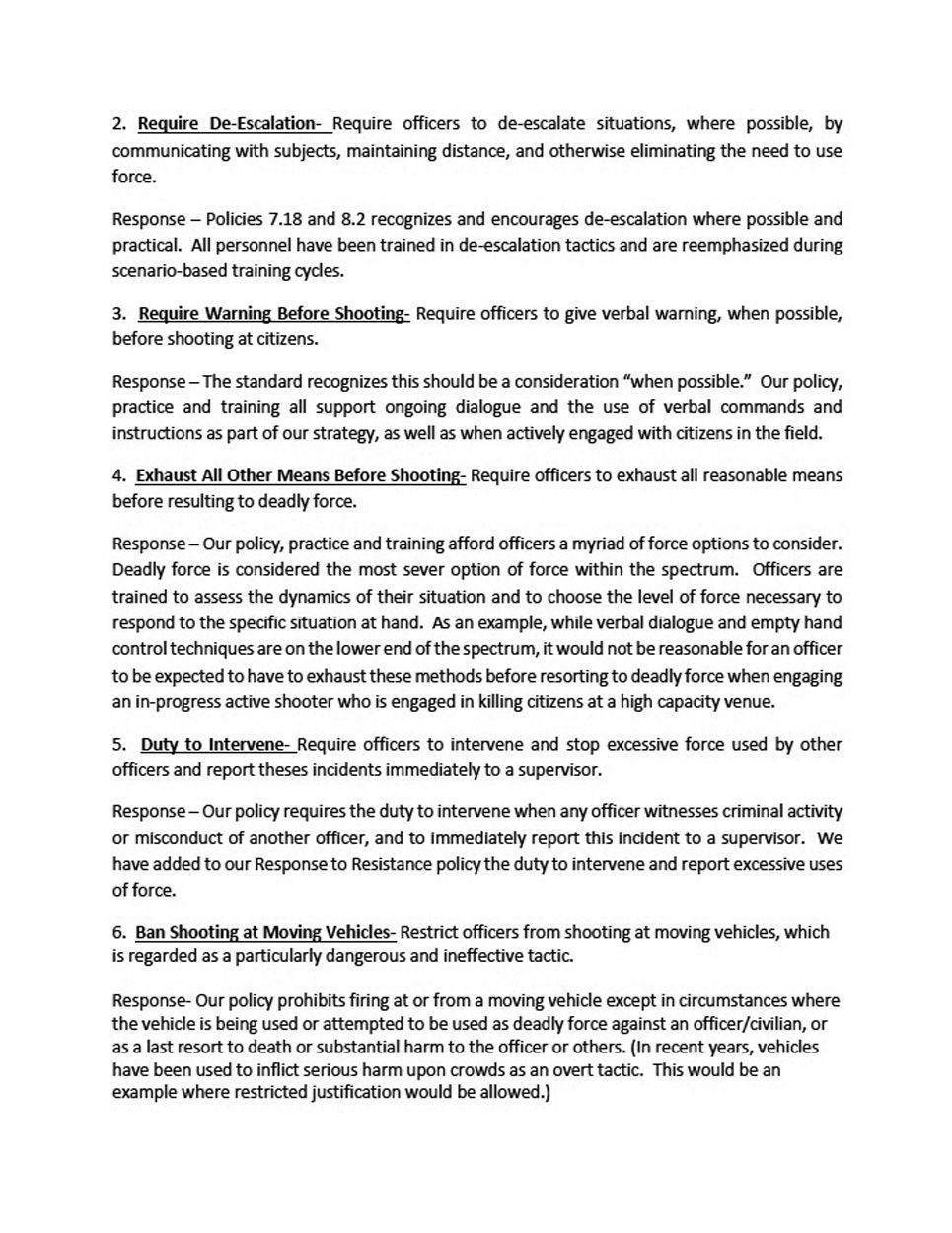 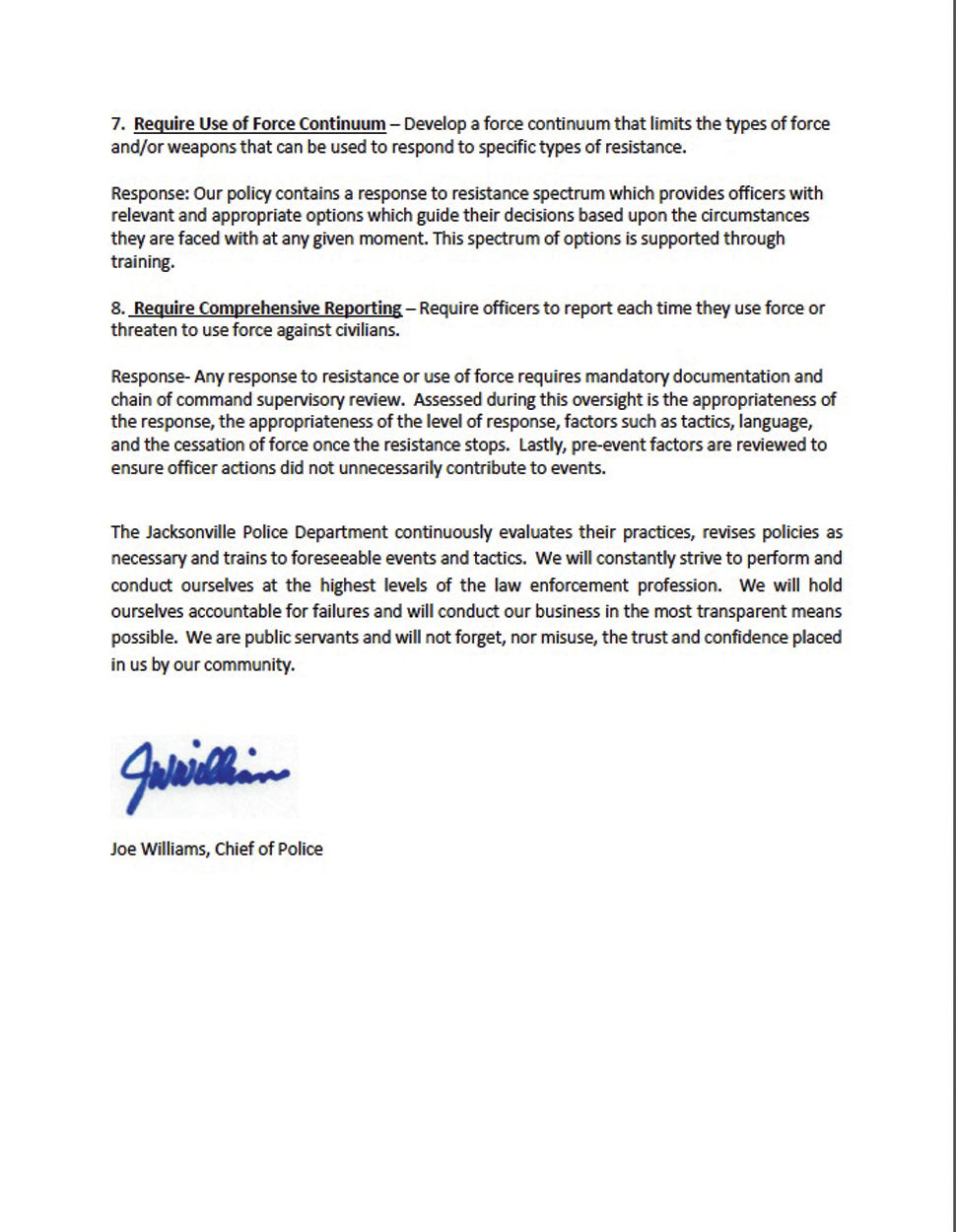 In response to national unrest following the death of an African American man who died last month while being detained by Minneapolis police, Jacksonville Police Chief Joe Williams has pledged to local citizens that his department is “determined to never allow police actions such as that to occur in the future.”

“We are public servants and will not forget, nor misuse, the trust and confidence placed in us by our community,” he said.

In an email statement sent to local media Wednesday evening, Williams noted that “in the past several weeks, we, as a nation, have looked in horror at the terrible incident in Minneapolis and the death of George Floyd. The police officer responsible for his death has been arrested and will face the criminal justice system.”

“We have all the seen the protests that have occurred and how they’re ripping at the fabric of our nation. We, as professional police officers, are equally appalled by the actions of those officers,” he said.

Calls to action for police reform have been made, he said, including one known as #8cantwait, which the movement's website describes as a campaign designed to bring immediate change to police departments.

The site, www.8cantwait.org, “details needed reforms in policing to prevent future police brutality cases. I have reviewed the reforms and believe the Jacksonville Police Department meets or exceeds all of these requirements,” Williams said.

His statement included a three-page outline titled “8 points of immediate harm reduction” that focuses on issues targeted for reform, and the local department's response to each.

• Exhaust all other means before shooting

• Require use of force continuum

“The Jacksonville Police Department continuously evaluates their practices, revises policies as necessary and trains to foreseeable events and tactics,” he said, adding that members “constantly strive to perform and conduct ourselves at the highest levels of the law enforcement profession.

“We will hold ourselves accountable for failures and will conduct our business in the most transparent means possible,” he said.