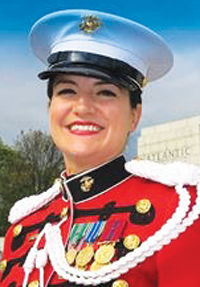 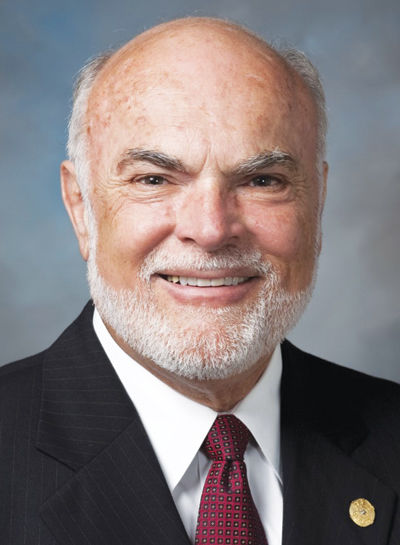 The Jacksonville Education Foundation will host the 6th annual “Evening With Our Stars” event on August 10 at the Legacy in Jacksonville. JEF is proud to announce our Stars for this year’s event. Both are JHS alum, and both are shining stars in their professions.

If you have ever been fortunate enough to see or hear the United States Marine Band perform for White House events or in concert around the country, you have seen one of Jacksonville’s stars and most likely did not realize it.

Sara Sheffield, mezzo-soprano, is a proud native of Jacksonville, Texas. Sara graduated from Jacksonville High School in 1997 and represented JHS in the Texas All-State Choir for three years. She was very active in the choral department under the direction of Larry Cigainero. The additional instruction of her voice teacher, Lydia Reavis, and piano teacher, Helen Fordyce, provided her a solid foundation to pursue a career in music. She earned her bachelor’s degree in vocal performance from the University of North Texas.

In 2005, Sara joined "The President's Own" United States Marine Band, becoming the first featured female vocal soloist in the Marine Band's 218-year history. She often supports the musical needs of the White House, and as soloist and concert moderator, performs regularly in the Washington area and across the country during the band's annual concert tour. She has sung for all of the nation’s living presidents, as well as the funerals of Presidents Reagan and Ford. Sara recently participated in the January Presidential Inauguration ceremonies and parade.

Prior to joining "The President's Own", Sara was a member of the US Army Band Army Chorale in Arlington, Virginia. She recently completed her Executive Master’s in Business Administration at George Mason University, and currently resides in Burke, Virginia, with her three children, Leonardo, Josephine and Luca.

Sara has this to say about her hometown, “Jacksonville ISD provided much more for my family than just an education - it gave my grandfather a thriving community in which to coach football and build friendships and bonds that would last generations. It gave my mother the opportunity to be involved in ground-breaking dual language education curriculum, which has since been emulated throughout the state. And JISD provided the tools, confidence and support I needed to pursue an unconventional career in music. I remember our class asking Mrs. Gowin why we needed biology - memorizing the process of cell division? Dissecting worms and cats? How could this possibly be necessary for the path I would take?  She said, ‘Your paths may be different. But the discipline you acquire in my class, the study habits you form here - these will be tools vital to your success in the future. Sharpen them now. If you can survive my class, you can get through anything.’   She was right”.

Sara is the granddaughter of long-time JHS football coach, the late Dick Sheffield. Grandmother Betty still resides in Jacksonville and our community has benefitted from both of their leadership roles in the school system, library, booster clubs, and so many other aspects of our town. Truly a generation of Jacksonville residents were impacted by one of them at some point in their lives, either through the athletics program or visiting the city library. Maria Sheffield, Sara’s mother, taught many years for JISD and was in fact instrumental in establishing the premier Dual-Language program that is synonymous with Fred Douglass Elementary and Jacksonville. A graduate of JHS, Sara’s father, Brad, was coached by his father and voted Mr. JHS his senior year. The Sheffield name has already been established as one of the “legendary” family names in Jacksonville history.

The Foundation is truly proud to honor Sara and celebrate yet another example of a “legendary” Sheffield among us.

If you are in any way familiar with Jacksonville, then you are familiar with Senator Robert Nichols. He has been a force in our community since his days at Jacksonville High School. Robert is a businessman, inventor, visionary and 1963 graduate of JHS. Before he served the State of Texas, he served his hometown of Jacksonville by serving on city council, was elected mayor, built four successful manufacturing facilities, earned 32 U.S. patents, 128 foreign patents, and created more than 900 jobs for East Texas families.

Although much of his time now is required in Austin, he still calls Jacksonville home. As for his childhood and attending school here, he says, "JISD not only instilled in me the importance of education, but taught me many meaningful life lessons which emphasized the value of teamwork and never giving up in the face of adversity." Robert was a tri-captain on the 1963 Fightin’ Indian football team that made it to the state semi-finals under the guidance of “legendary” Coach Dick Sheffield, along with others whose names are considered football royalty around Jacksonville. Names like Bates, Clark, Canter, Radford, and Slayton.

Working his way through college by selling fireworks and ironing clothes for other students, Nichols earned a bachelor's degree from Lamar University in 1968. He married his high school sweetheart, Donna, and they are the proud parents of three children: Brittney, Joshua, and Collynn'rae. He is a member of the First United Methodist Church in Jacksonville.

First elected to the Texas Senate in 2006, Robert Nichols represents 19 counties, including the greater part of East Texas and Montgomery County.

In the Texas Senate, Nichols serves as Chairman of the Transportation Committee. He also serves on the Senate Finance, Business and Commerce, and Administration Committees. He is a member of the Legislative Audit Committee and is currently serving his second term as a member on the Sunset Advisory Committee.

During his five sessions as a state senator, Nichols authored and passed legislation to protect landowners’ rights, increase educational opportunities in East Texas and reform transportation policies. He has worked to reduce Medicaid fraud, and promote free-market principles. During his first term with the Sunset Advisory Committee, he was able to help eliminate six state agencies which saved the taxpayers $161.9 million. He has been named a 'Champion for Children' by the Equity Center, a 'Courageous Conservative' by the Texas Conservative Coalition, a 'Friend of County Government' by the Texas Association of Counties and a 'Champion of Free Enterprise' by the Texas Association of Business.

Before running for Senate, Nichols served as transportation commissioner for eight years where he established a reputation for increasing efficiency without compromising quality.

Our community is fortunate to have someone personally committed to looking out for the needs of the residents of East Texas. Senator Nichols may say he has a special place in his heart for Jacksonville, but it is Jacksonville who rightfully holds a special place for a true hometown hero, our very own Senator Robert Nichols. Clearly, he is true to the J’ville motto of “Once an Indian, Always an Indian."We hope you will join us to honor these two remarkable Stars of Jacksonville on August 10. The Education Foundation’s “Evening With Our Stars” is a meet and greet event and will be held at the Legacy from 5:30 to 7:00 PM. Enjoy meeting the stars, seeing Influential Indians named for 2017, and enjoy food and drink while visiting with friends. Tables will be available for reservations of parties of 8, as well as ample room for smaller groups or individuals. For more information, please visit the Foundation website at www.jisdfoundation.org. All proceeds benefit the Jacksonville Education Foundation and their mission of rewarding and incentivizing academic excellence in the Jacksonville Independent School District.