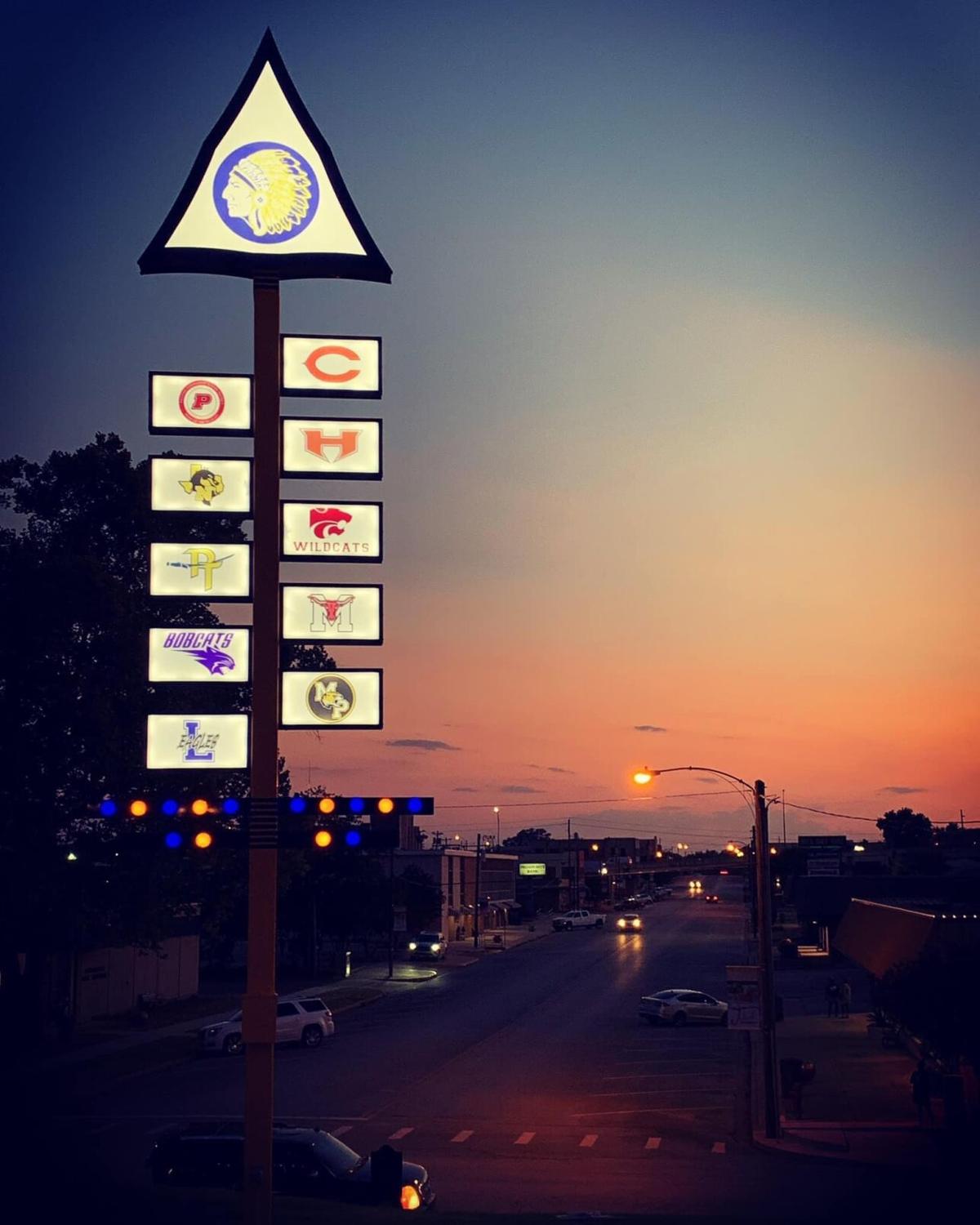 The newly installed totem pole stands on the hill in front of the Historic Tomato Bowl. 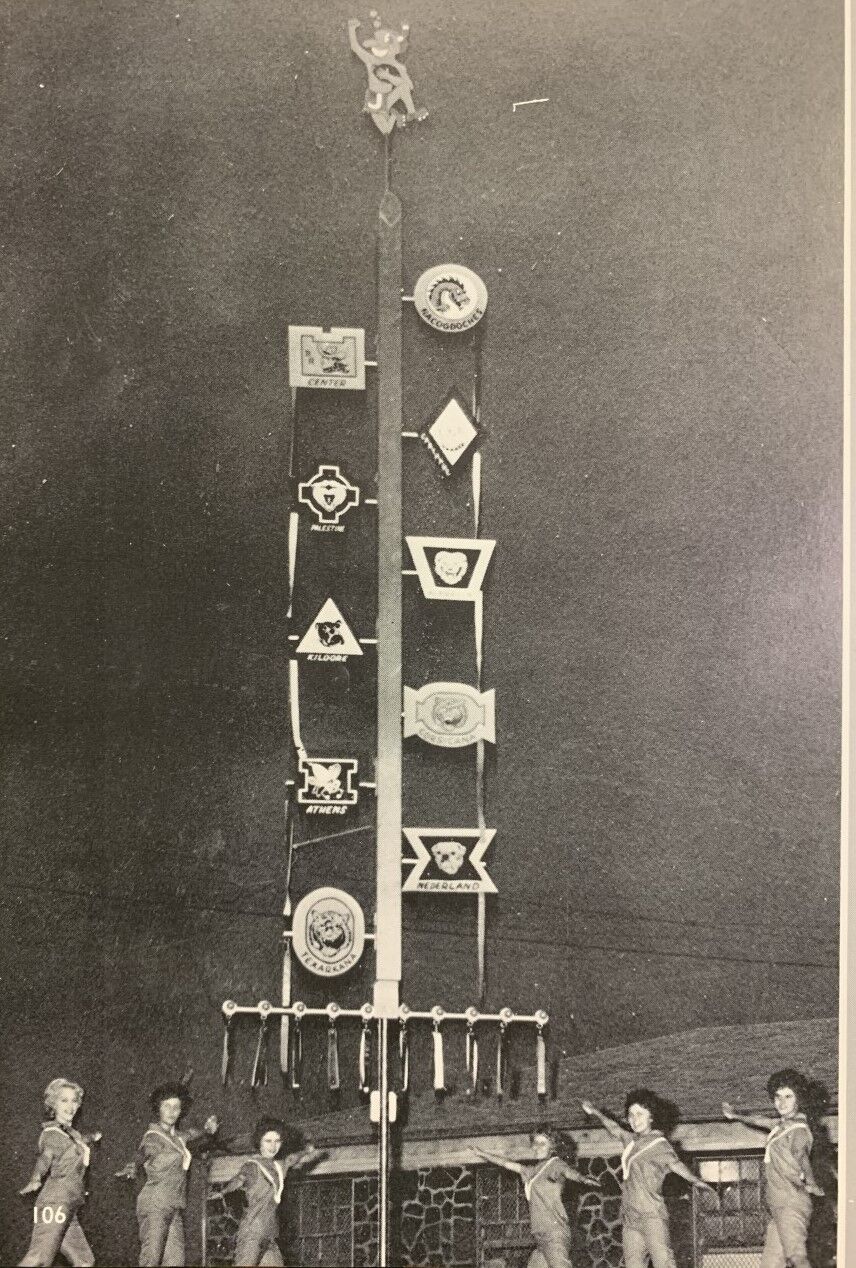 The original totem pole displays Jacksonville’s football opponents with different lights to indicate a win or loss against each team. 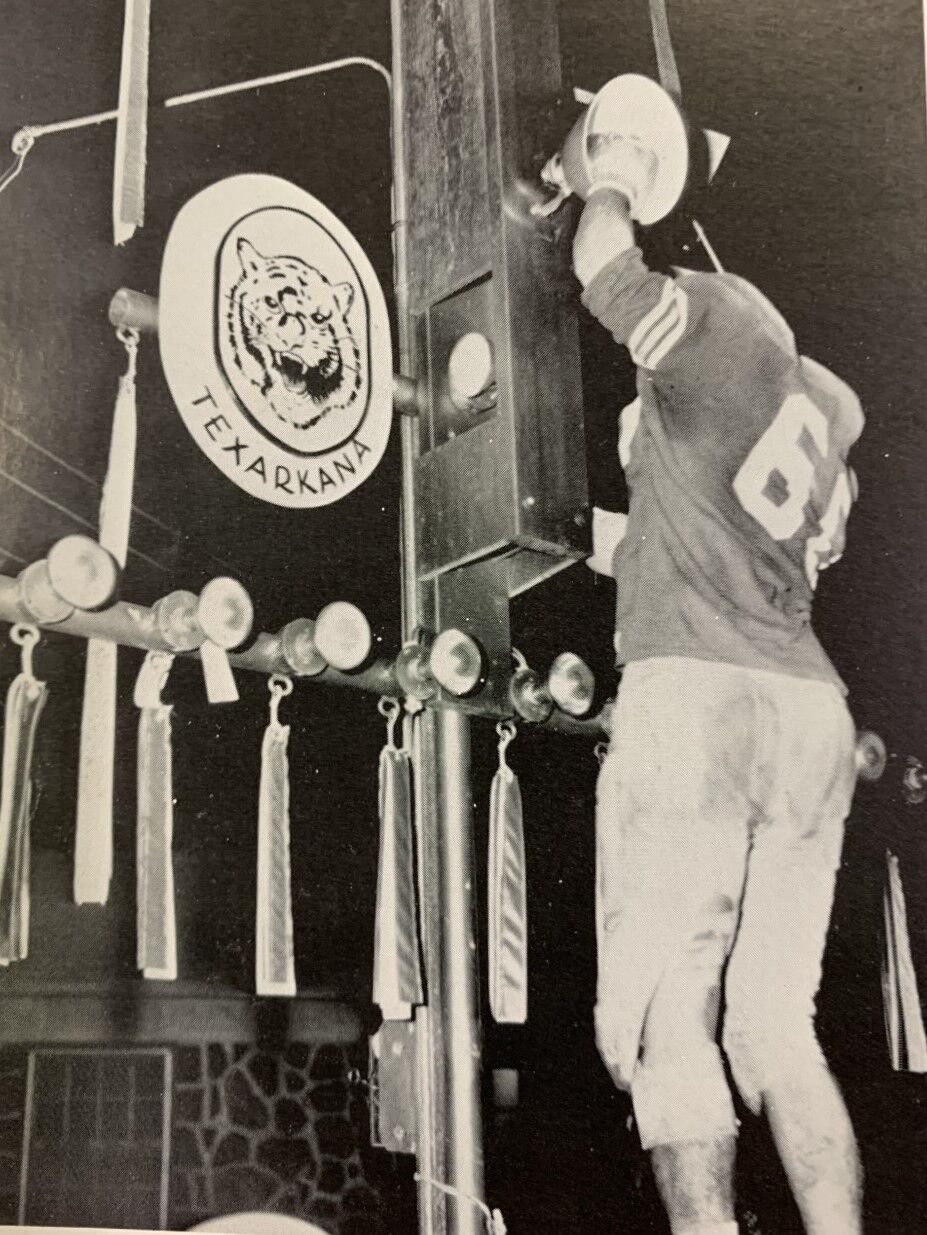 The newly installed totem pole stands on the hill in front of the Historic Tomato Bowl.

The original totem pole displays Jacksonville’s football opponents with different lights to indicate a win or loss against each team.

One of the longest standing traditions associated with Jacksonville Athletics and the Tomato Bowl is the Totem Pole on the hill. The Pole stands in front of the stadium facing downtown. Like the Tomato Bowl, it has been present in the community for decades. Many Jacksonville natives have early memories of gathering with big crowds after a game and celebrating at the pole while a Fightin’ Indian added to the blue lights.

After the recent completion of the Tomato Bowl restoration project, the Totem Pole was also updated with a new, well-designed and similar version. The Jacksonville Athletic Booster Club oversees the Totem Pole, and thanks to the JABC and several generous donors, it is the perfect complement to the new stadium, almost a brilliant finishing touch to top it off.

In May of 2017, Jacksonville residents approved a Bond proposal with an 80% approval rate to restore the beloved Tomato Bowl Stadium. When the passing of the Bond was declared, all of the blue lights on the Totem Pole were lighted to signify the big win for the community.

The origin of the Totem Pole is already well known to most Jacksonvillians. The Frank Brown family designed it, built it, and placed it where it still stands today. Mrs. Patti Kobitz Brown, who at age 91 still resides in Jacksonville, herself drew the designs for the original Totem Pole.

Mrs. Brown recently shared memories about the origin of an idea that would become a treasured tradition in our community.

“My husband, Frank H. Brown, had the idea for a "totem pole" after he had served as the president of the Jacksonville Quarterback Club in 1961. The Quarterback Club was an early "Booster Club," before this practice was common in Texas schools. The totem pole was to have the emblems of each team that JHS played, and include a way to display when the Indians won a game. The pole was to be placed in front of the Tomato Bowl to help promote team spirit.

The original idea was to make it a vertical pole, with the team emblems "stacked" like an American Indian totem pole. But, if the team emblems were displayed in this manner, the totem pole would be exceedingly tall. I had the idea to offset each emblem to either side, and up and down the pole, and place a horizontal bar with flood lights at the bottom. Blue flood lights would be illuminated after the Indians won a game. There were also hooks under each light, to hang a "scalp" of a defeated team. The "Scalp Stick" was an existing tradition at JHS football games, and it was determined to move this tradition to the Totem Pole for more exposure.

The frame of the Totem pole was made of welded steel pipe, and was built by Richard Lewis on the parking lot of National Forest Products Company on the Frankston Highway. The team emblems were fabricated and painted by a commercial sign company in Longview, Texas,” Brown said.

The Brown family is still involved and invested in Jacksonville and the honored traditions associated with Jacksonville Athletics. Timeworn pictures exist of the original Totem Pole placement, with the Brown’s employee at the time, Richard Lewis at the top of the pole.

Another photograph portrays Senator Robert Nichols placing a blue light on the pole after an Indian win in 1962. Senator Nichols recalls the Totem Pole tradition, “I was President of the student body and co-captain of the team. So, when the booster club wanted to dedicate it, I gave a short speech at the dedication on behalf of the team and student body at the top of the stadium stairs. I remember it well. In my comments I recall thanking them for the pole as well as for the idea of the different color lights for wins (not my idea) and how important it was for us to display our pride of our school and team.

At the time, it had ten lights in a row, left and right at the bottom for all the preseason and District games. At the conclusion, after thanking them again, I mentioned that there was only one thing wrong with it. I asked where are the other four lights? Because we plan to go to state. We did play three more games after district and got to semi-finals, but never made it to state. But try, we did. They put up the extra four lights”.

The modern version of the Totem Pole is precisely detailed and follows the premise of the original design with competing team emblems. The pole is also beautifully illuminated at night and can be seen from far away. The new project took multiple volunteers to bring to fruition. These individuals and businesses generously donated their time and talents to fulfill the vision of a new version of an old idea. Many thanks go to Cherokee County Electric Coop, Horton Concrete, Gibson Signs, Craig Garner, and Harris & Son Electric for their specific time and talents. The base of the pole also proudly showcases 8” X 8” engraved bricks with the names of 10 extremely big-hearted donors who contributed to the Jacksonville Athletic Booster Club to enable this transformation to happen. Those include Austin Bank, Texas National Bank, Dick Sheffield Family (Betty Sheffield), Gene Brumbelow, Mary Alice Adamson, the Eddie Arrington Family, Coach Danny Long, Tamishea Contreras, the Frank and Patti Brown Family and the Brad Jacobson Family.

Although the wooden structure was too time and weather-worn to salvage, many pictures exist of it throughout its 60 years. Photographs are showcased in the Tomato Bowl Hall of Fame entry with other historical documents.

The Tomato Bowl Totem Pole is yet another example of how the Jacksonville community is drawn together through generations and memories involving our one-of-a-kind landmark on the hill, the award-winning Downtown Historic Tomato Bowl.