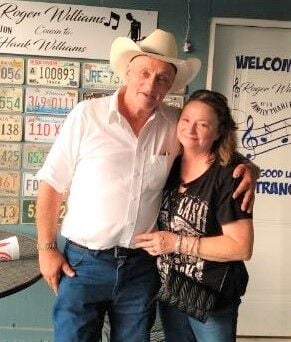 Childhood sweethearts Kenny Goff and Tammy Wells reconnected, with their first in-person meeting at the Roger Williams Jamboree in New Caney on July 9. 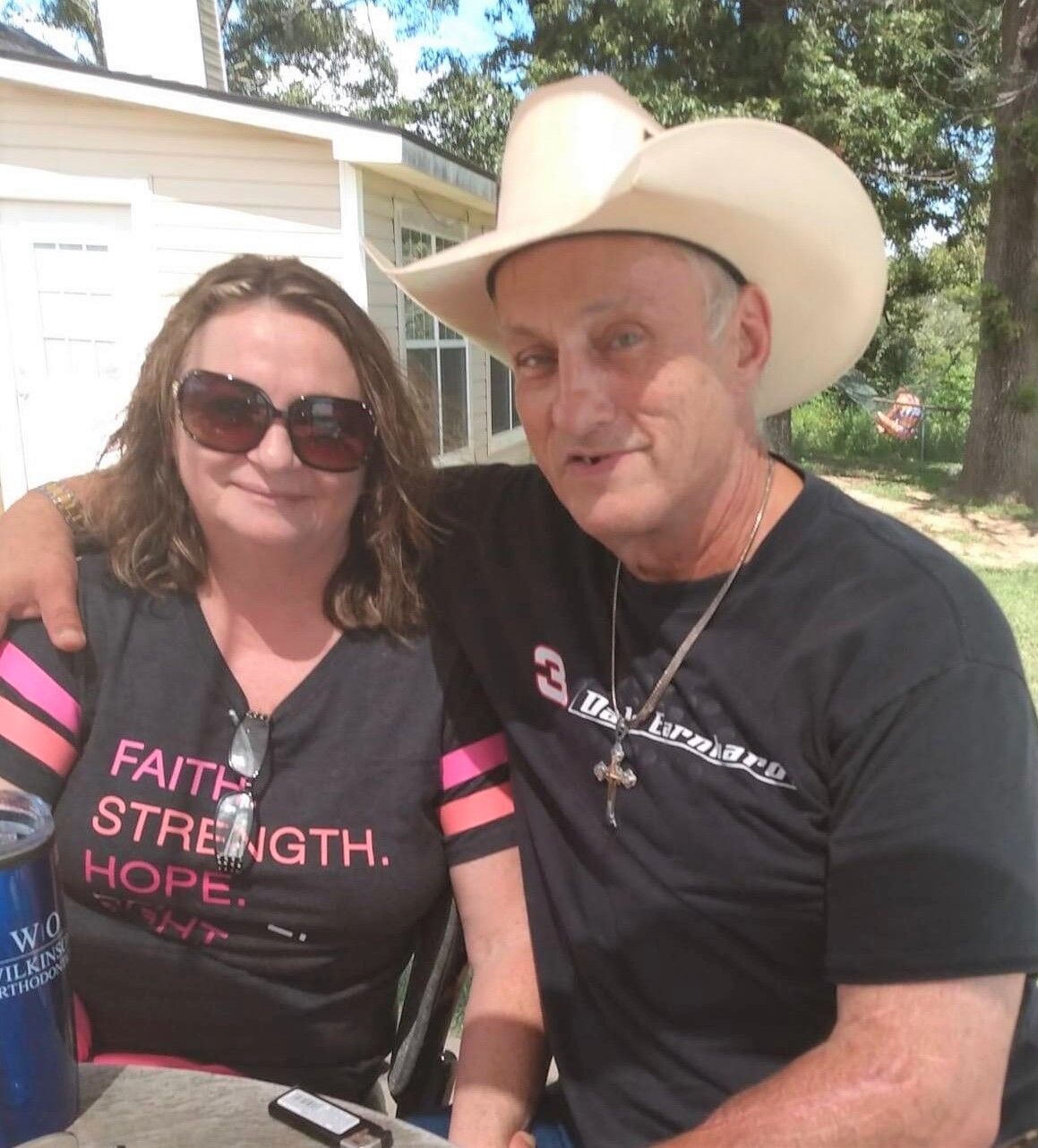 Kenny Goff and Tammy Wells, pictured at her daughter’s home in Frankston.

Childhood sweethearts Kenny Goff and Tammy Wells reconnected, with their first in-person meeting at the Roger Williams Jamboree in New Caney on July 9.

Kenny Goff and Tammy Wells, pictured at her daughter’s home in Frankston.

Childhood sweethearts Kenny Goff and Tammy Wells are set to be married Sept. 18 at Lake Jacksonville following a 42-year separation.

Wells was working as a carhop at Sonic when Goff drove in, ordering a Coke. He returned just a couple hours later to buy another Coke, and he kept returning.

“I was trying to figure out some way to come back through there because I didn’t drink that many Cokes, but I drank a bunch of them that evening,” Goff said.

Wells thought he was cute and a little goofy.

The following day, Goff worked up the courage to ask her to go somewhere and talk. They met at Buddy’s Store and they stayed out all night talking. Wells had taken her step-father’s vehicle to make the meeting and he was upset, both at finding she’d had his car, and that she remained out all night.

Ask them if it was love at first sight, and they’ll both answer with an emphatic, “yes.”

Goff moved away, settling in Tennessee and getting involved in the music world.

Finding themselves apart, both Goff and Wells built lives for themselves.

Goff married while building a music career, and the couple had a daughter. Unfortunately, their daughter passed away at the age of six and his wife passed on later. From that point, Goff remained single.

He moved back to the Jacksonville area in 1991 and returned to Nashville about 1996. During the time he was in Texas, he asked about Wells but could never track her down.

Wells married in 1981 and remained married for 18 years. She remarried, her second husband passing away last February, just prior to the coronavirus outbreak. Around December, Wells began looking up old friends from the past through Facebook. During her searches, she found Goff online.

“I did message him through Facebook, but then after he didn’t reply back right away I thought, ‘I better not do this,.’ I went in and tried to unsend it and that was it,” Wells said. “Then a few weeks, or months later, he still had it. It popped up. He still had it.”

He eventually responded to that original message.

“We’ve been in touch ever since,” Goff said.

The two planned a face-to-face meeting July 9 in New Caney where Goff was participating in the Roger Williams Jamboree.

“When I was first waiting to see him, I thought I was going to throw up because I was so nervous,” Wells said. “I thought, ‘He’s so different now.’ He’s not the Kenny I remember, but when he started talking and acting goofy, there he was.”

She explained he didn’t used to wear hats or sing country music when she’d known him before.

She almost didn’t make the meeting.

“There at the last minute I thought maybe I shouldn’t go,” Wells said. “Then my daughter said, ‘You need to go. You need to be happy again.’”

Wells has six children, the youngest being 15.

Ultimately, Wells decided to make the trip to New Caney for the in-person meeting to avoid the “what ifs” later on.

“I could literally not wait to see her,” Goff said. “When I saw her, I could not do anything but throw my arms around her.”

On July 14, Goff presented her with a ring and popped the question. The pair are now engaged and plan to marry Sept. 18.

The couple plans to reside in Jacksonville following the wedding.

Wells, during her stint as a nursing aide, fell in love with many of the residents so the couple would like to begin a music ministry together in local nursing homes.

Goff will continue to play music in the local and surrounding area. Wells, who spent 26 years working at Stage, is now providing home health for her granddaughter.

“She’s the best thing that ever happened to me in life,” Goff said. “It’s about the same today as 42 years ago.”