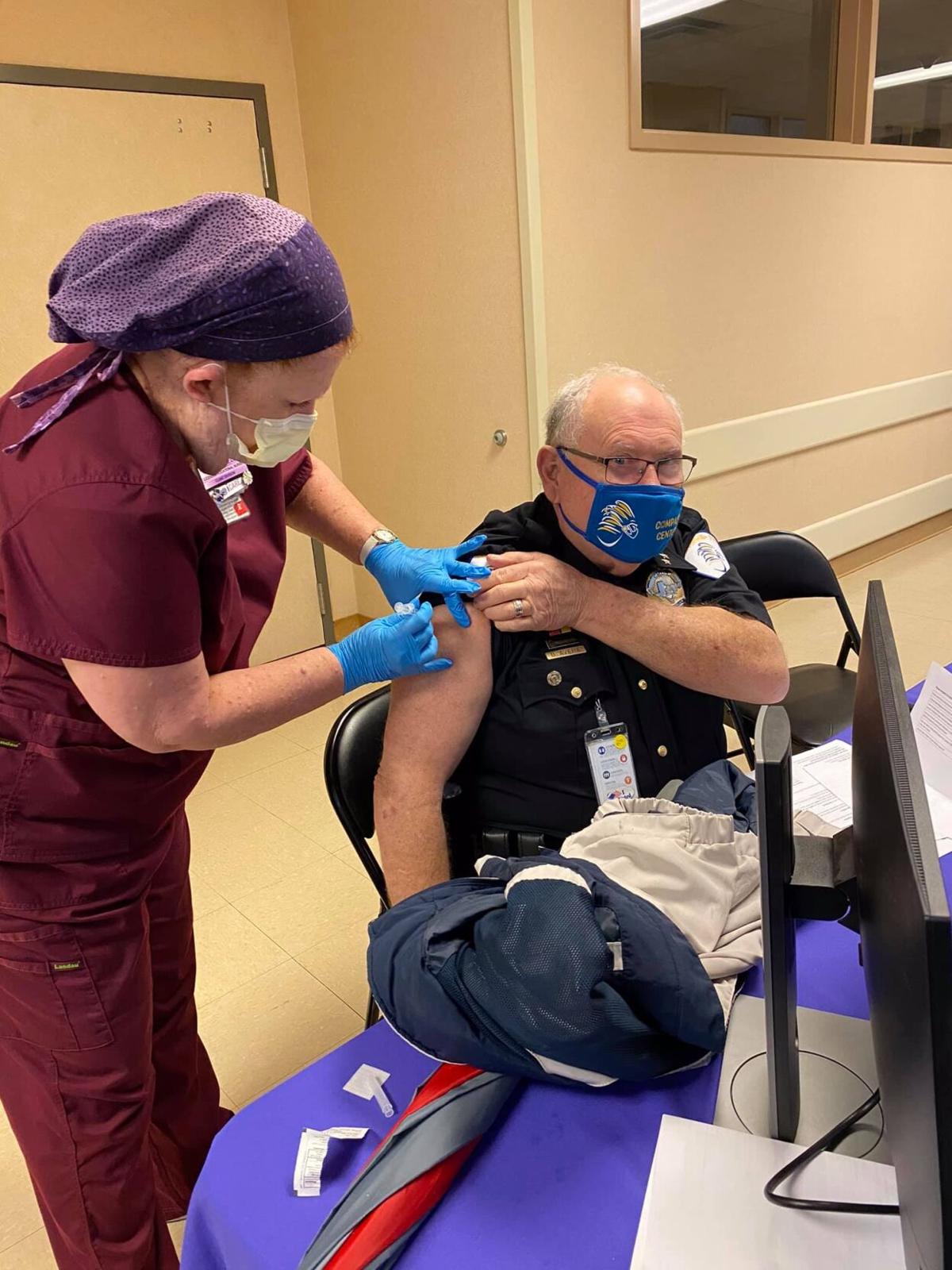 Jacksonville ISD Police Chief Bill Avera received the COVID-19 vaccine as an example to the public. 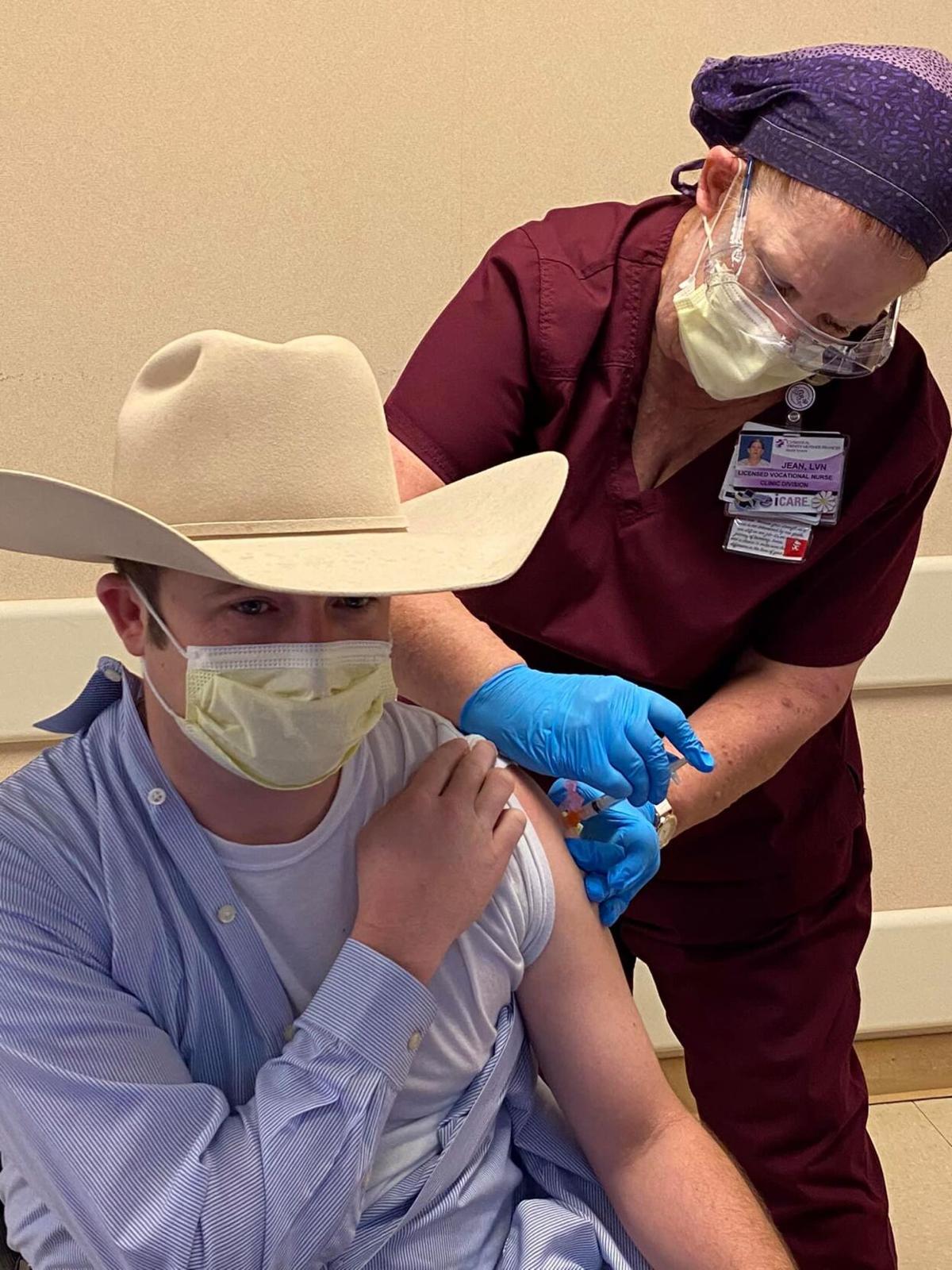 Cherokee County Brent Dickson received the COVD-19 vaccine to protect himself and those who comes in contact with daily. 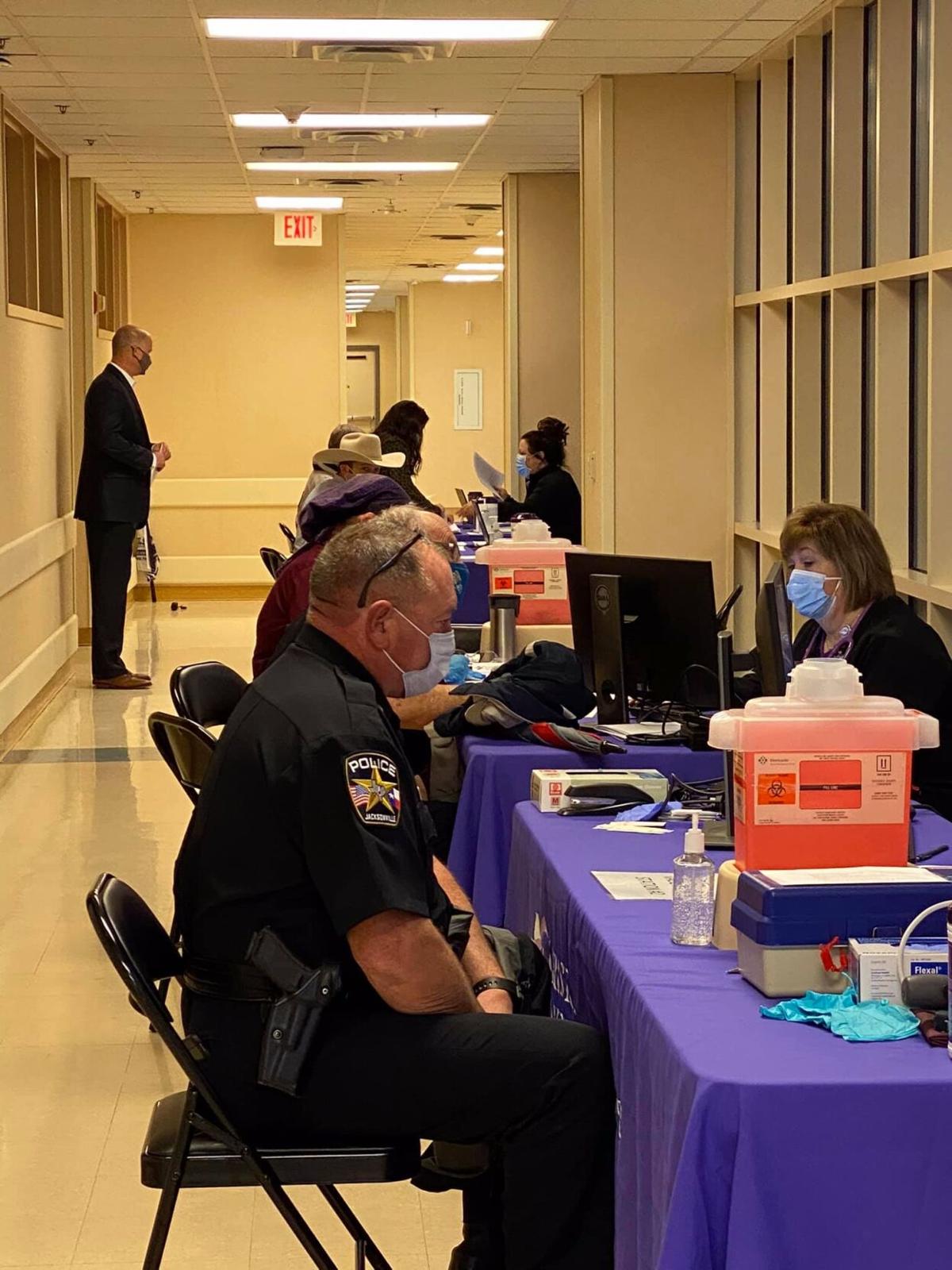 Jacksonville ISD Police Chief Bill Avera received the COVID-19 vaccine as an example to the public.

Cherokee County Brent Dickson received the COVD-19 vaccine to protect himself and those who comes in contact with daily.

“We went as the community leaders, law enforcement leaders, on a mission to convince the public that it was the right thing to do,” Avera said. “We made it public to demonstrate, beyond a shadow of a doubt, that the four of us believe the vaccine is safe and effective. We believe it’s the first step to getting our country, our world, back into some sense of normalcy.”

Pictures of the men receiving the vaccinations at Christus Mother Frances in Jacksonville were posted to Avera’s personal Facebook page.

He described the pain as a very minor ache or soreness in the arm, but reported having no fever or other side effects or reactions to the vaccination. He even stated the shot itself was painless.

Cherokee County Sheriff Brent Dickson also reported minor soreness, but no fever or other reaction to the vaccination.

“I did it, for one, my own safety and two, as a law enforcement officer I come into contact with numerous people, young and elderly, on a daily basis,” Dickson said. “Anything I can do to help protect them from any kind of danger, I believe that’s what we’re called to do as law enforcement officers, to serve and protect. By taking that [vaccine], that’s just me protecting them a little further.”

Avera is astonished at the medical community’s ability to provide a vaccine in such a short time.

“It’s a miracle,” Avera said. “It’s a miracle. For us to have a vaccine, that’s supposedly 95% effective after two doses, in 10 months is amazing.”

Director of Nurses Jamie Maddox, who was a school nurse before working at Christus Mother Frances, reached out to Avera to inform him the hospital had the Moderna vaccine and would be offering it to first responders and front-line healthcare workers.

Avera is thankful and appreciative of the hospital reaching out to him.

“Now my focus is continuing to petition Gov. Abbot and the Department of State Health Services and Dr. Hellerstedt to move public school employees, especially teachers and front-line school employees, up on the list and get them in a higher tier so we can get them vaccinated, Avera said. “It’s important for us to keep our schools open and it’s important for us all to be safe.”

Diann Cavazos was born November 17, 1953 and entered eternal life on January 24, 2021. She was 67 years old. A graveside service is scheduled at 10 a.m. Wednesday, January 27, 2021 at Mixon Cemetery. Steve Edwards will officiate. Services are under the direction of Autry Funeral Home, Jackso…