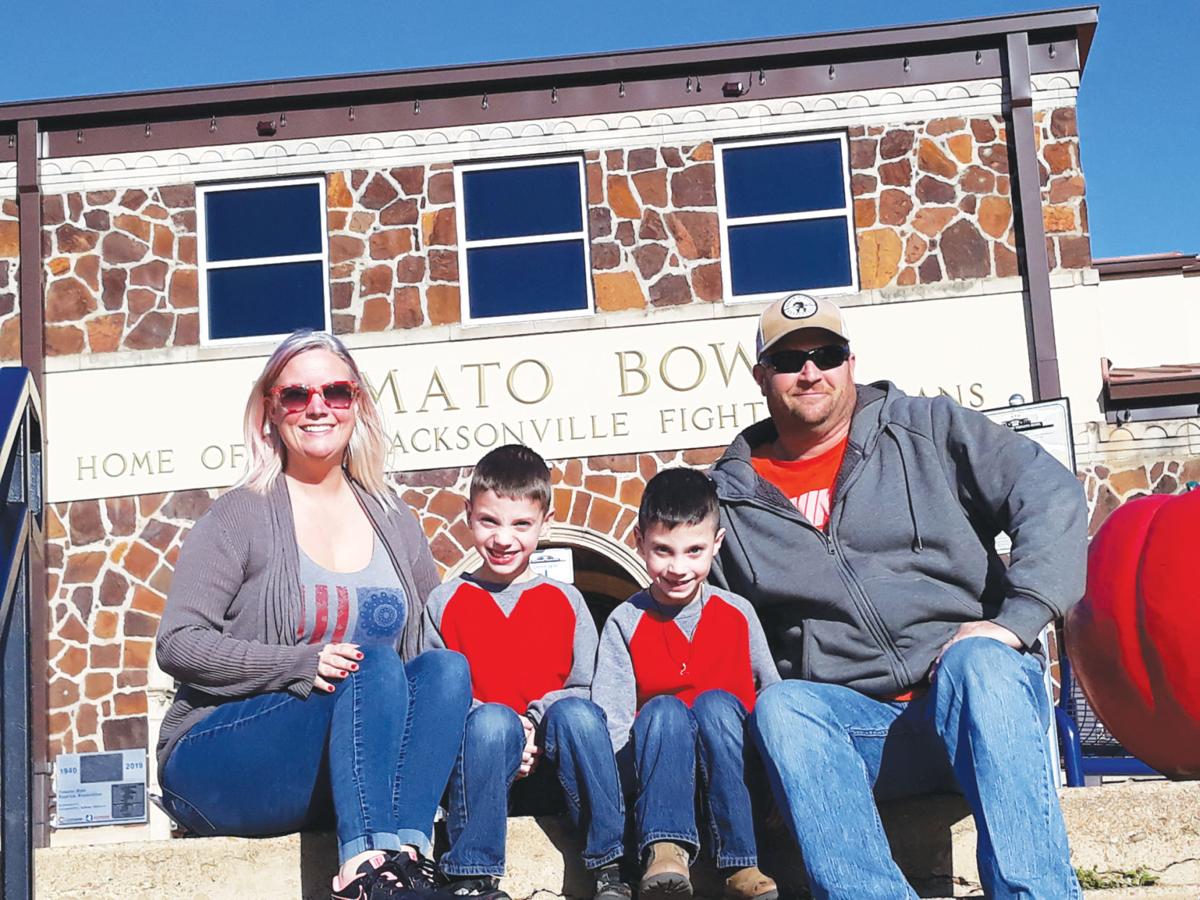 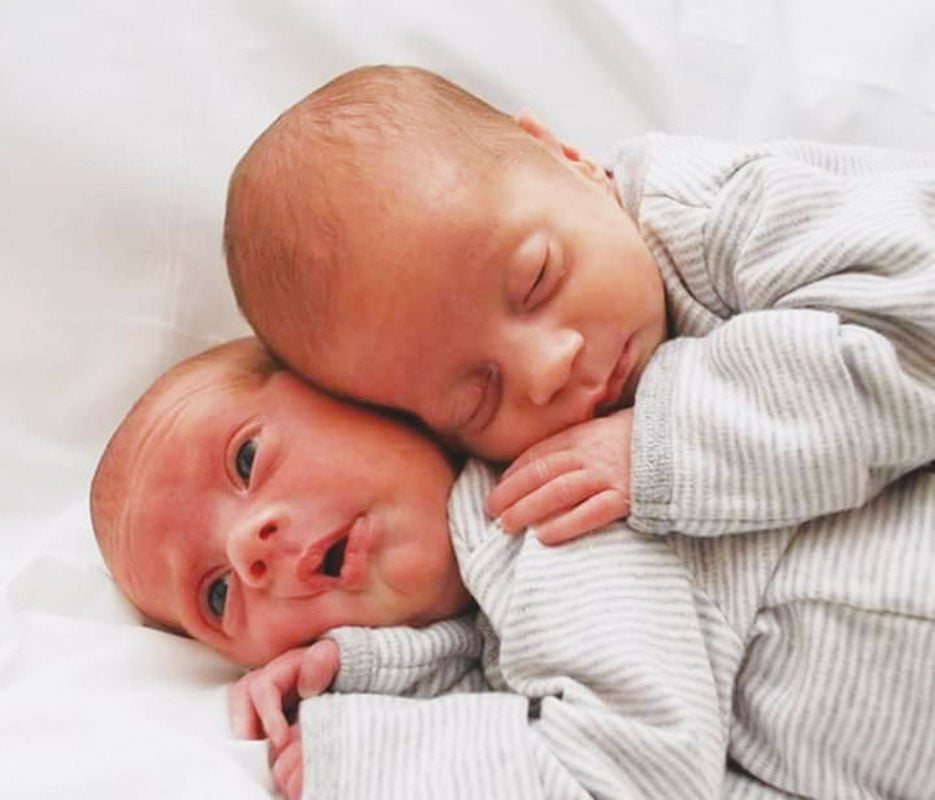 The twins' first portrait. Austin is resting on top of his brother. 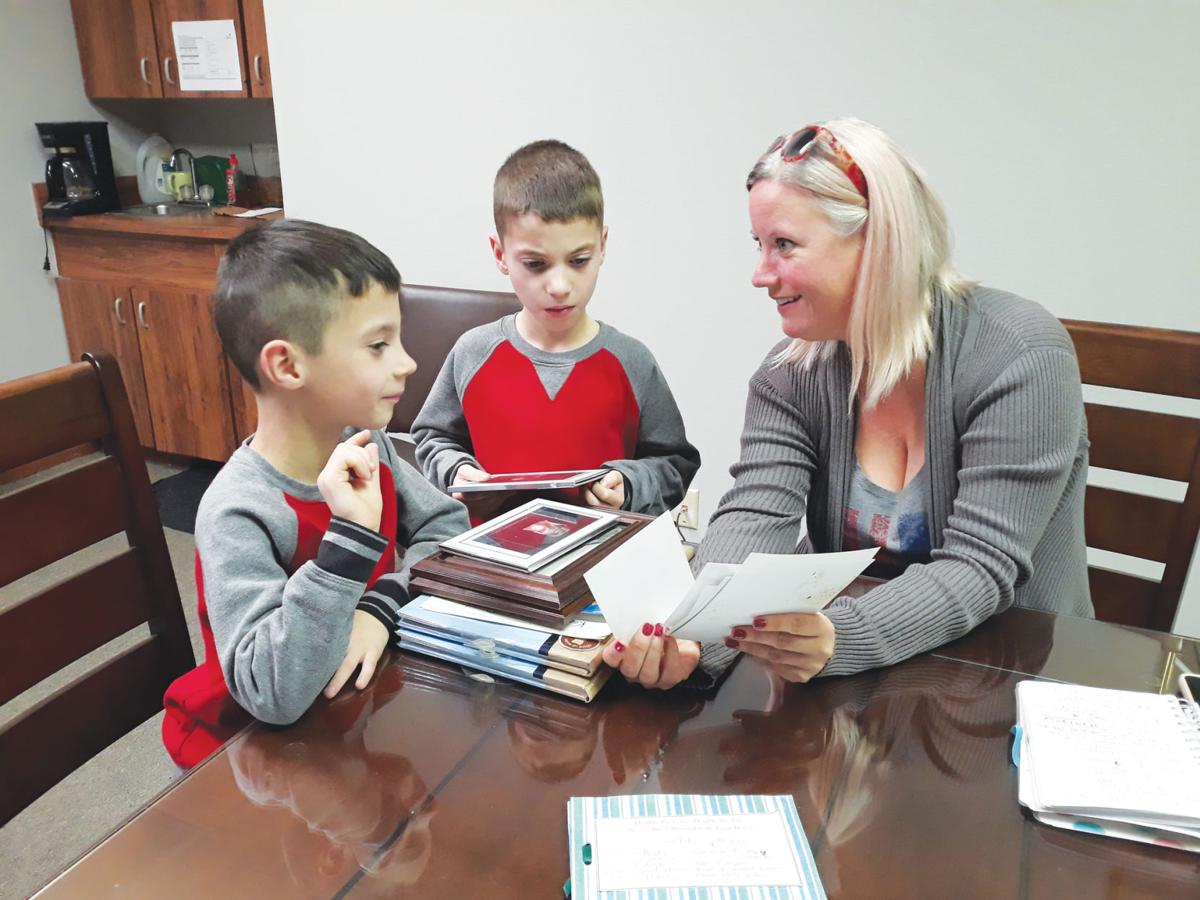 Gina Moore and twin sons Austin (left) and Brantley (center) look though baby photos. The boys are fraternal twins, born on Leap Day 2012. Technically, they are two years old today. The odds of twins being born on Leap Day are about 1 in 50,000, according to the website, Leap Year Day.

The twins' first portrait. Austin is resting on top of his brother.

Gina Moore and twin sons Austin (left) and Brantley (center) look though baby photos. The boys are fraternal twins, born on Leap Day 2012. Technically, they are two years old today. The odds of twins being born on Leap Day are about 1 in 50,000, according to the website, Leap Year Day.

Being a twin is pretty neat, in and of itself, but for a pair of East Side Elementary second-graders who are also “leaplings,” there's additional fun in telling folks they turn two on Feb. 29.

Austin and Brantley, the sons of Jamie and Gina Moore of Jacksonville, were born on Leap Day 2012, and while they are considered age eight by calendar year, technically, they're only age two.

“It doesn't make sense,” admitted Brandon, whose mother pointed out that he enjoyed telling people he was only one when they asked his age.

“They told somebody that yesterday,” Jamie said, laughing.

“Yeah, you know it's neat telling people you're one, because they can clearly see that you're a really big one-year-old,” Gina told her son.

Austin, on the other hand, thinks being a leapling is a good thing, “because it's different.”

“My teacher thought it was cool,” he added.

According to www.timeanddate.com, a leap day – Feb. 29 – is added to a calendar, making the year 366 days long, rather than the traditional 365.

“Leap days are needed to keep our calendar in alignment with the Earth's revolutions around the Sun … without an extra, or intercalary, day on February 29 nearly every four years, we would lose almost six hours every year,” according to the site. “After only 100 years, a calendar without leap years would be off by approximately 24 days in relation to fixed seasonal days such as the vernal equinox or the winter solstice.”

Gina said that when the boys were younger, “they didn't really care about their birthday, until last year, when they realized they were not getting a birthday every year.”

The family still held birthday-themed parties for Austin and Brantley, but when they were in first grade, they noticed their picture wasn't on the classroom's birthday-of-the-month poster, and that's when it hit them.

“We had to show them our calendars, because they were asking, 'Where's our birthday?' – they had been looking at all the calendars at school, at the dates and stuff, and they wanted to know where their birthday was,” she said, when one of the twins perked up.

She paused, then added, “I tried to explain Leap Year to them last year, but they literally thought we had enough power to change the calendar on cellphones and paper calendars! But we assured them that this year is the year that they're going to have a real, true birthday.”

The boys – who are fraternal twins – arrived seven weeks ahead of schedule. Had she carried them full term, Austin and Brantley would have been born on or about April 18.

Instead, they were born at 33 weeks, just a few days after Gina had been experiencing some issues with loss of amniotic fluid.

“I was at Walmart, I called my doctor to let him know and he said to come on by – I said I wanted to finish grocery shopping,” she recalled.

What was intended to be a quick trip to Palestine Regional Medical Center, “ended up with me being life-flighted about an hour later to Baylor (University Medical Center) in Dallas” on Feb. 27, Gina said.

She was in labor for two days, being given medication mean to halt the contractions, “but after two days they couldn't give me the medication anymore, and they decided they had to do an emergency C-section that night.”

She didn't realize the boys were born on Leap Day “until the staff started commenting on it, but I thought it was awesome, to be honest. I couldn't believe that out of all the things, of all the odds, that they were going to be born that day.”

According to www.leapyearday.com, the odds of giving birth to twins on Leap Day “are about 1 in 50,000.”

For Austin – who is into golfing and fishing – and his twin – who enjoys reading, soccer and riding his bicycle – this weekend's celebration is going to be special: Their family will be celebrating at Chuck E. Cheese's.

“We celebrate every year, because its' a celebration, but whenever it's their actual birthday year, I'd love to do something a little extra,” Gina said, who said she had been researching places that celebrates twinship and Leap Year, finding an event in Anthony, a city which straddles the Texas-New Mexico line. “I told the boys about that, but they're just as happy going to Chuck E. Cheese!”