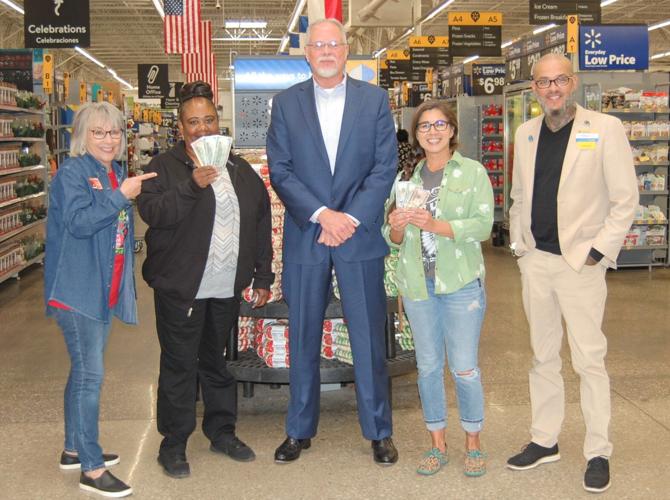 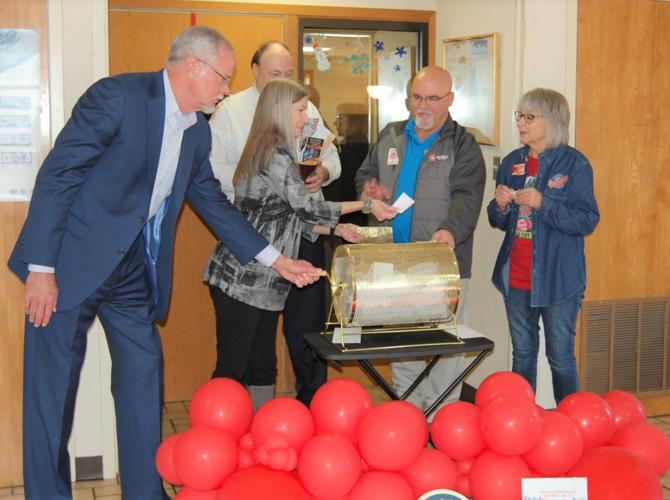 The second of four drawings in the Jacksonville Chamber’s Shop Local campaign took place Thursday, Dec. 1, at Citizens 1st Bank. Three tickets were drawn, two for $250 cash prizes and one for $250 in gift cards.

Sharon Rogers and April Oden, the two cash prize winners, had tickets from purchases made at Walmart. Both Rogers and Oden said their cash winnings would likely be spent on Christmas presents.

“I only turned in three, thinking I might try it, and that’s all it took,” Oden said.

Both agreed they would continue shopping local and presenting their receipts for additional tickets.

“Anything the Chamber has going on, I try to promote, just because I love my small town and want everybody else to love it,” Oden said.

At the time of the second drawing, 968 entries had been collected, more than doubling the number from the initial drawing of the campaign. Those tickets represented $72,362.99 spent within the community. At the final drawing of last year’s event, a total of 1,019 tickets were entered, according to Peggy Renfro, Jacksonville Chamber president. With two drawings and two weeks remaining, the number of tickets are certain to far exceed that of the inaugural event.

It isn’t too late to enter for a chance to win cash or gift cards in the two remaining drawings. To enter, simply spend $20 or more at a Chamber member business. Take the receipt to one of the four participating banks, Austin Bank, Citizens 1st Bank, Southside Bank or Texas National Bank. For each receipt totaling more than $20, a ticket will be placed into the drawing.

All tickets submitted to date, including the winners, will be held over for the next drawing set for 10 a.m. Thursday, Dec. 8, at Austin Bank. The final drawing will occur at 10 a.m. Friday, Dec. 16, at Texas National Bank.