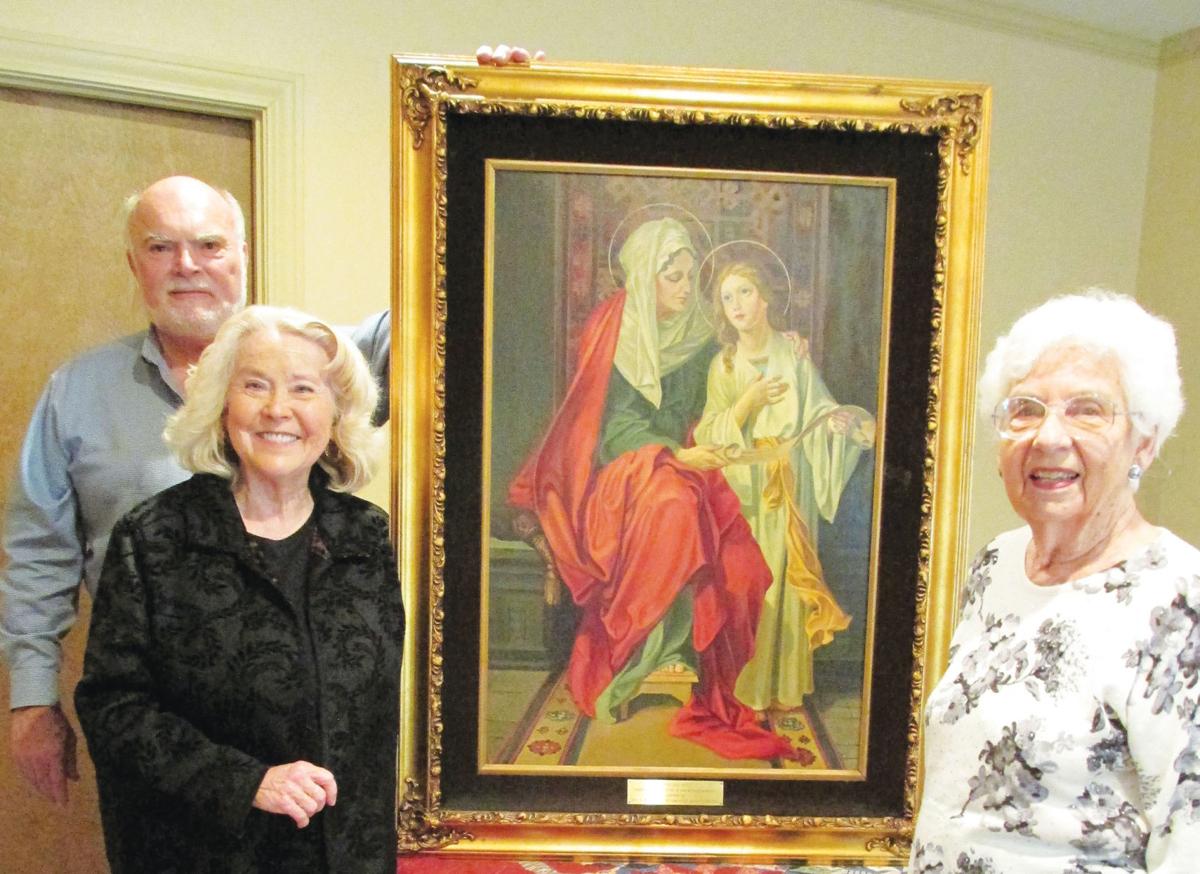 Senator Robert Nichols, Deborah Burkett and Rev. Barbara Hugghins stand with a painting by Nichols’ aunt that was once donated to Lon Morris College in memory of Nichols’grandfather 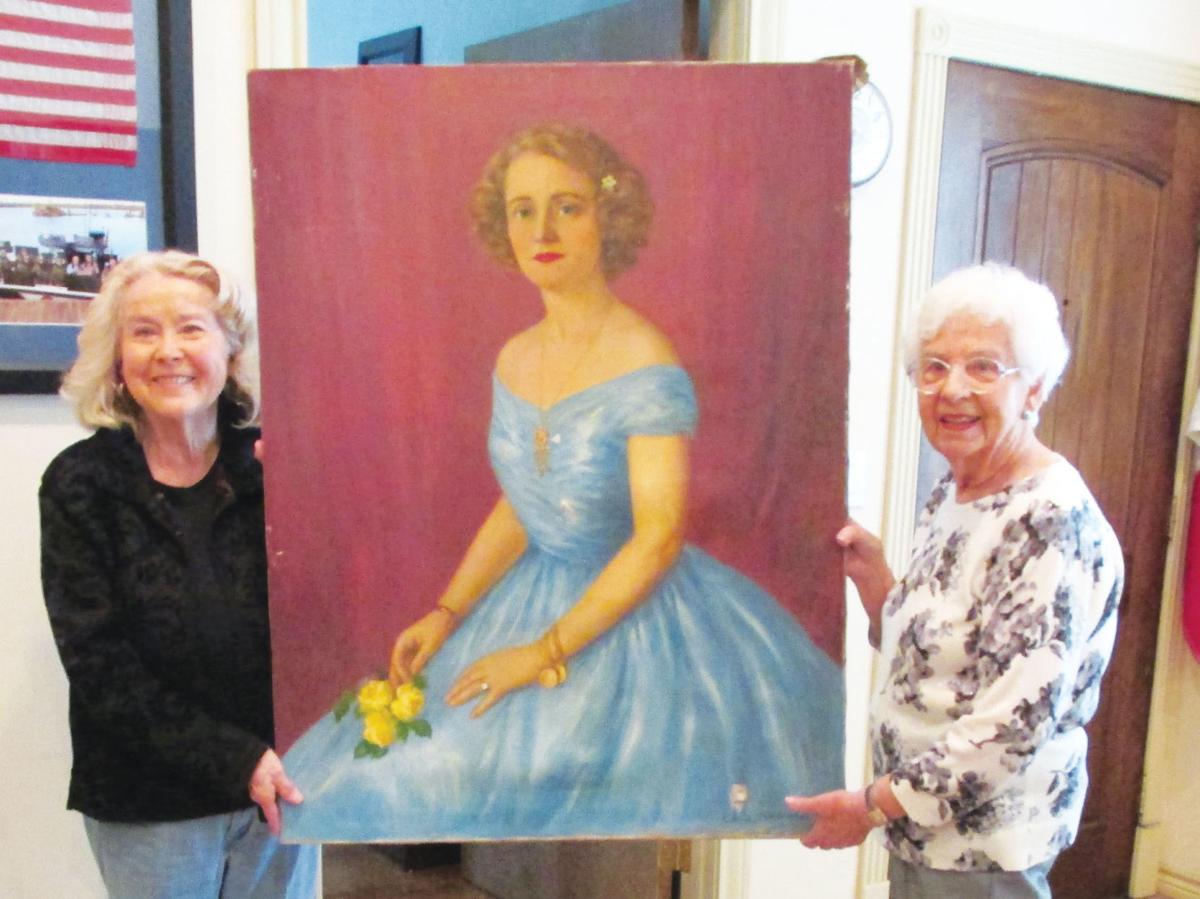 Burkett and Hugghins pose with a painting found of Winona Scurlock Loeffler done in 1949. 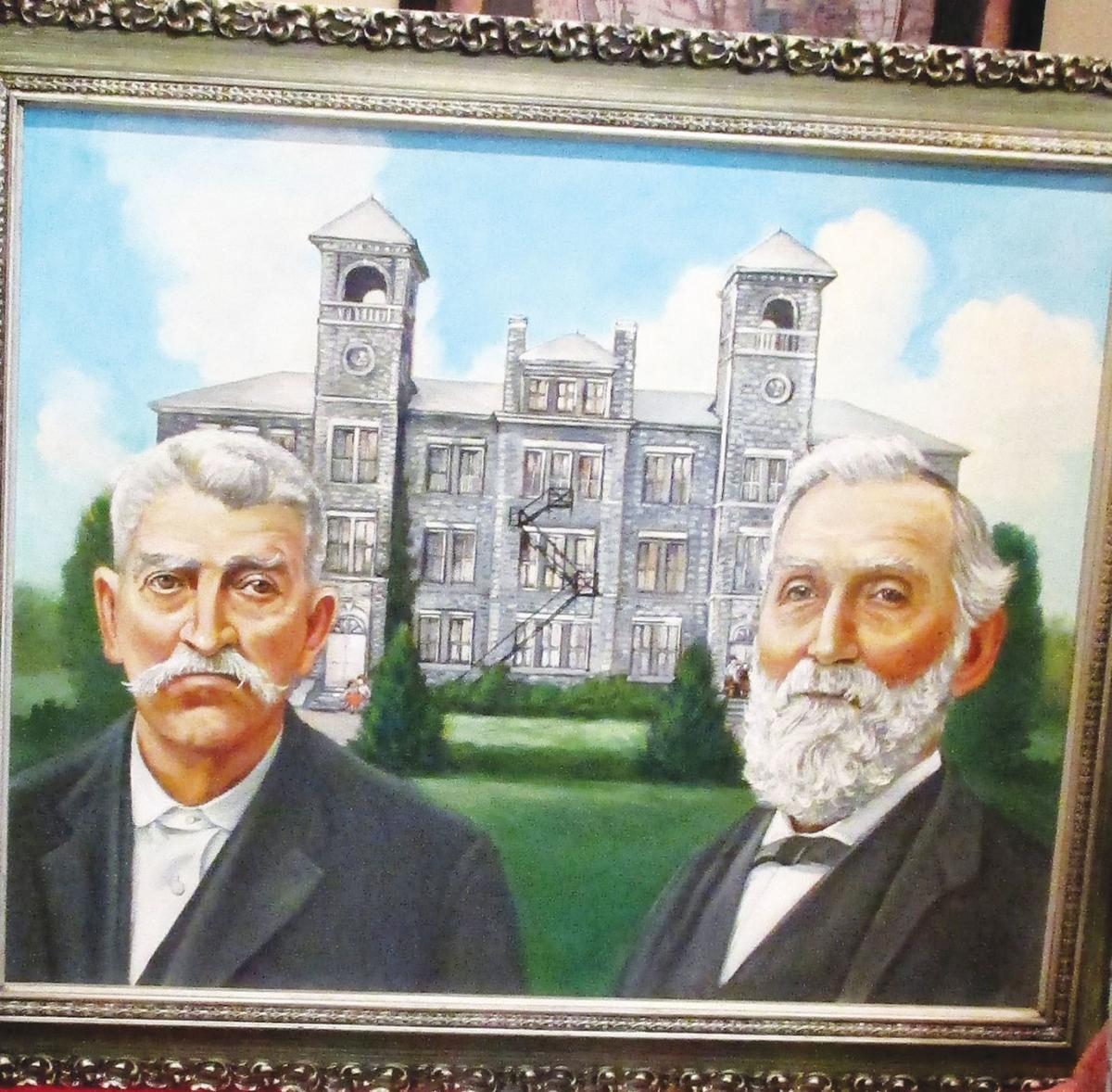 Another painting done by Nichols’ aunt showing the twin towers including Morris and Alexander.

Senator Robert Nichols, Deborah Burkett and Rev. Barbara Hugghins stand with a painting by Nichols’ aunt that was once donated to Lon Morris College in memory of Nichols’grandfather

Burkett and Hugghins pose with a painting found of Winona Scurlock Loeffler done in 1949.

Another painting done by Nichols’ aunt showing the twin towers including Morris and Alexander.

Hundreds of schools were established in East Texas before the Civil War. Lon Morris College outlasted them all until it closed its doors in 2012.

The college had its beginnings in the early 1850s, as a Masonic School located in the community of New Danville, in Rusk County. Even though the school would experience multiple name changes and locations, licensed Methodist minister and pioneer educator, Dr. Isaac Alexander would be known as its first principal and President.

In 1924, the name was changed to Lon Morris College after Mr. R.A. (Lon) Morris left his entire estate to the school. Graduates in each generation of the school’s history would become leaders in all walks of life.

Many in Texas, especially in Jacksonville, still grieve the closing of this storied institution. But greatness can live on through heartfelt memories of former teachers and students; through tangible items such as old photographs and documents.

Recently, thanks to Rev. Barbara Hugghins of the First United Methodist Church in Jacksonville, I came face-to-face with Lon Morris history. Holding diplomas and photographs made over 100 years ago, one realizes just how important preservation is if we are to keep our heritage alive.

Preserving county history is something the Cherokee County Historical Commission (CCHC) has been doing for a very long time. So I was elated when Rev. Hugghins asked me if the historical commission would be interested in photos related to Lon Morris and could we find space for them in our archives.

She and I traveled to Conroe to take a look at the items which were being held at the new Methodist Conference Mission Center.

At this point, not even Hugghins knew the extent of the historical items we would uncover.

The Mission Center is a huge warehouse, several stories high, filled with supplies ready to be sent to those in need when disaster strikes. On the grounds next to the warehouse is a smaller building, the Methodist Conference Archives.

We were shown box after box of framed photographs and documents. I was thrilled.

How did these items end up in Conroe? Well, they’ve had quite a journey since Lon Morris finally closed its doors.

Recently, I spoke to Dr. John Ross, teacher and administrator at Lon Morris. He was in the group of those who were the last to leave. He shared, “We thought there would be a limited fall term in 2012, but because of several court rulings—we closed on August 24th …during that time we helped the current students gain admission to other colleges…”

There was not a lot of notice regarding the final closing date. That’s when a small group of individuals with ties to the Methodist College gathered--in this group were such people as Faulk Landrum, past college president 1976-1992; Rev. Barbara Hugghins, Sam Hopkins Vanishing Texana Museum Board member, and Helen and Mac Musick. Helen had worked at Lon Morris for a long time—with the Alumni Association.

Timing was critical and this group did what they could to save historical items—they worked, they packed and organized items in buildings all over campus--trying to save photos, documents, yearbooks, you name it. They worked in the Chapel, the College Library and the Alumni House.

Led by Faulk Landrum, this group was thoughtful in their deliberations about where to take items - who could use them and who would lovingly take care of them. For example, Song books and church hymnals went to the Chapel at Rusk State Hospital and some went to Wiley College. Furnishings went to the Lakeview Methodist Conference Center near Palestine.

It’s interesting to note that years ago when the college was still going strong, before the closure of the college, Lon Morris was the site that the Texas Annual Conference chose to house the entire East Texas Methodist collection which had previously been stored at Lakeview. It’s this collection that Faulk Landrum and the group also saved when Lon Morris closed. They did so in the following way.

Faulk rented three storage buildings on the edge of Jacksonville and he, along with his team, moved this collection from Lon Morris to the storage units. And there everything stayed for several years, while the Methodist Conference secured funds to build the mission warehouse and archives building in Conroe.

When that building project was accomplished a big U-Haul returned to Jacksonville in early 2017 and everything in the storage buildings was transported to Conroe. When they unpacked, they realized many pieces of Lon Morris history had been intermingled in with the East Texas collection.

They kept some of those items in the archives building in Conroe but asked Hugghins if a place could be found for the rest. Rev. Hugghins was the appropriate person to ask because one of her many titles is Chairman of the Texas Annual Conference Archives and History Commission.

The items Barbara Hugghins and I brought home include diplomas, photographs, yearbooks, paintings and other memorabilia. These are now stored in our Cherokee County Historical Commission archives in Rusk. One goal is to have an exhibit in the coming months so the public can view what we have. By scanning and cataloguing the items they will eventually be available on the Internet.

Examples of the treasures are two 11 x 14 photographs which depict the beginnings of Lon Morris College in Kilgore. One of these photos I found recently in an old book about Lon Morris. The caption reads Alexander Institute 1884—1902. The other photo may be the Girls’ Dormitory but more research is needed.

Also at the Mission Center warehouse, in a separate room, were three oil paintings leaning against a wall. I think everyone was surprised when I said, “I’ll take those too”—even before I knew much about them.

First, there was a huge and beautifully framed religious painting of Mary with Jesus as a young boy. I noticed on the back there was an envelope attached---I also notice the Nichols name—so of course I packed this.

The envelope contained Polaroid photos of the artist and the story of the painting. It was painted by Martha JoAnna “JoAnn” Nichols Harrison in 1972. She was Talley Nichols’ sister and Senator Robert Nichols’ aunt. JoAnn got the idea from a very old print she found hidden behind another painting at an estate sale in Houston.

Having been an artist all her life she was not familiar with the scene. She researched the painting but found nothing. There was no original artist name on the print—it was cut off years before it was framed. One art historian said many original works such at this were lost in Germany due to bombings during the war.

JoAnn painted it because she felt the beauty of this creation should be saved for future generations. She wanted Lon Morris College to have it because it was not only her alma mater but also where her mother and father began their lives together. The Nichols family connection to the College began in 1915.

In December 1996, the painting was donated to the college in memory of JoAnn’s father the Rev. Lewis Webber Nichols, a Methodist Minister who had graduated from Lon Morris and was on the College Board throughout the years, as was Talley Nichols and his son Robert. Robert Nichols served for 20 years on the Board.

Once home from Conroe, I emailed the senator right away. He immediately wrote back, “We always wondered what happened to that…” He also asked about another smaller painting of the Twin Towers building at Lon Morris. I told him, “I have that one too”. He told me "JoAnn painted it in the 1930s when she was attending Lon Morris. She graduated in 1936." I had not made that discovery yet because her name was not apparent until I got a flashlight and looked carefully in the corner of the painting.

The last painting we rescued, I named the Lady in the Blue Dress. This portrait is almost taller than I am and is damaged--has two holes near the bottom of the painting about the size of 50 cent pieces—and she was out of the frame. Thank goodness we have the frame because at the bottom was attached a brass plaque with her name, Winona Scurlock Loeffler. The painting was done in 1949. Born 1902, Winona died 1990 in Harris Co. She was Eddy Scurlock’s oldest sister. Eddy founded the Scurlock Oil Company in Houston and was a Lon Morris College Board member and donor. Eddy had one daughter, Laura Lee (1928-1999) who married Jack Blanton.

In the coming months I hope to write more stories regarding the items Rev. Hugghins and I brought home to Jacksonville. Please contact us if you have Lon Morris information to share or photographs and documents we can scan.

It’s up to us, all of us--to do everything possible to preserve this valuable history.