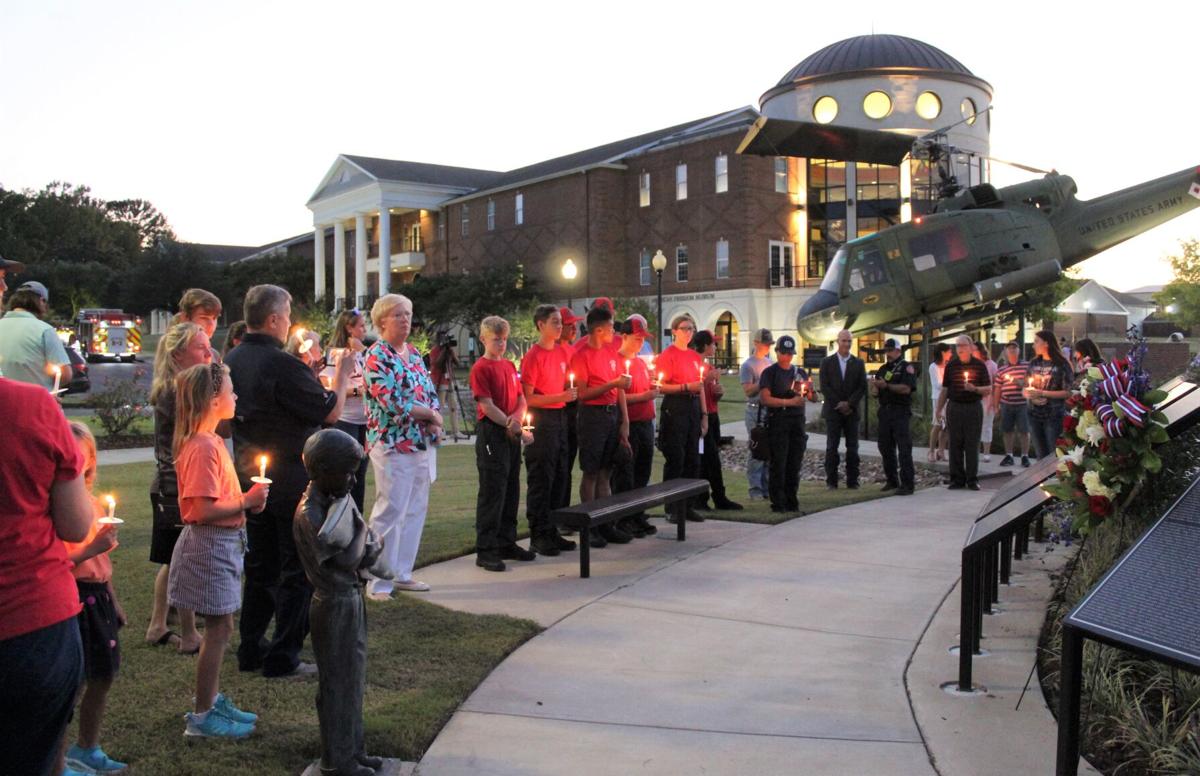 Attendees gather near the 9/11 tribute for the closing prayer and to observe the tribute lights as they were lit. 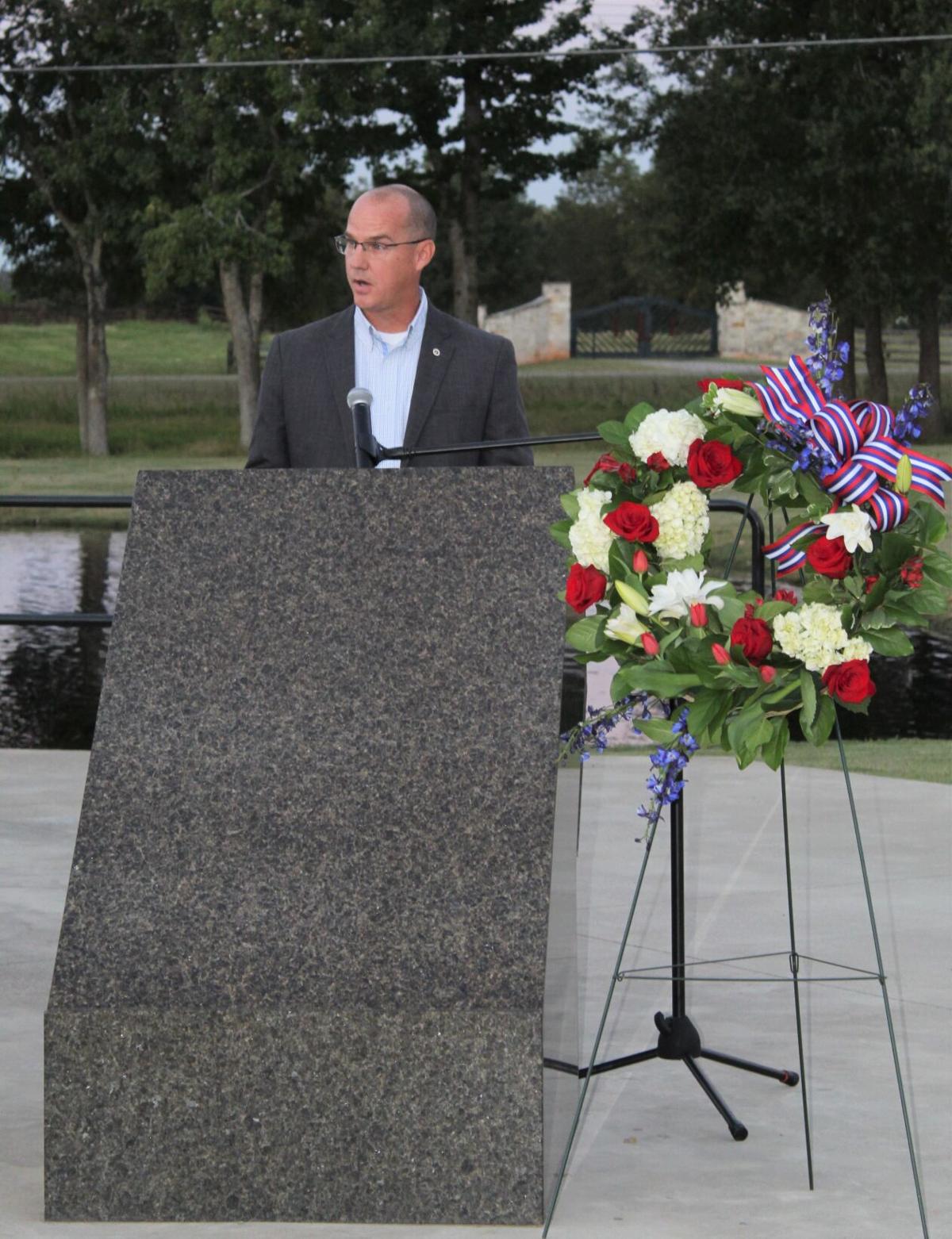 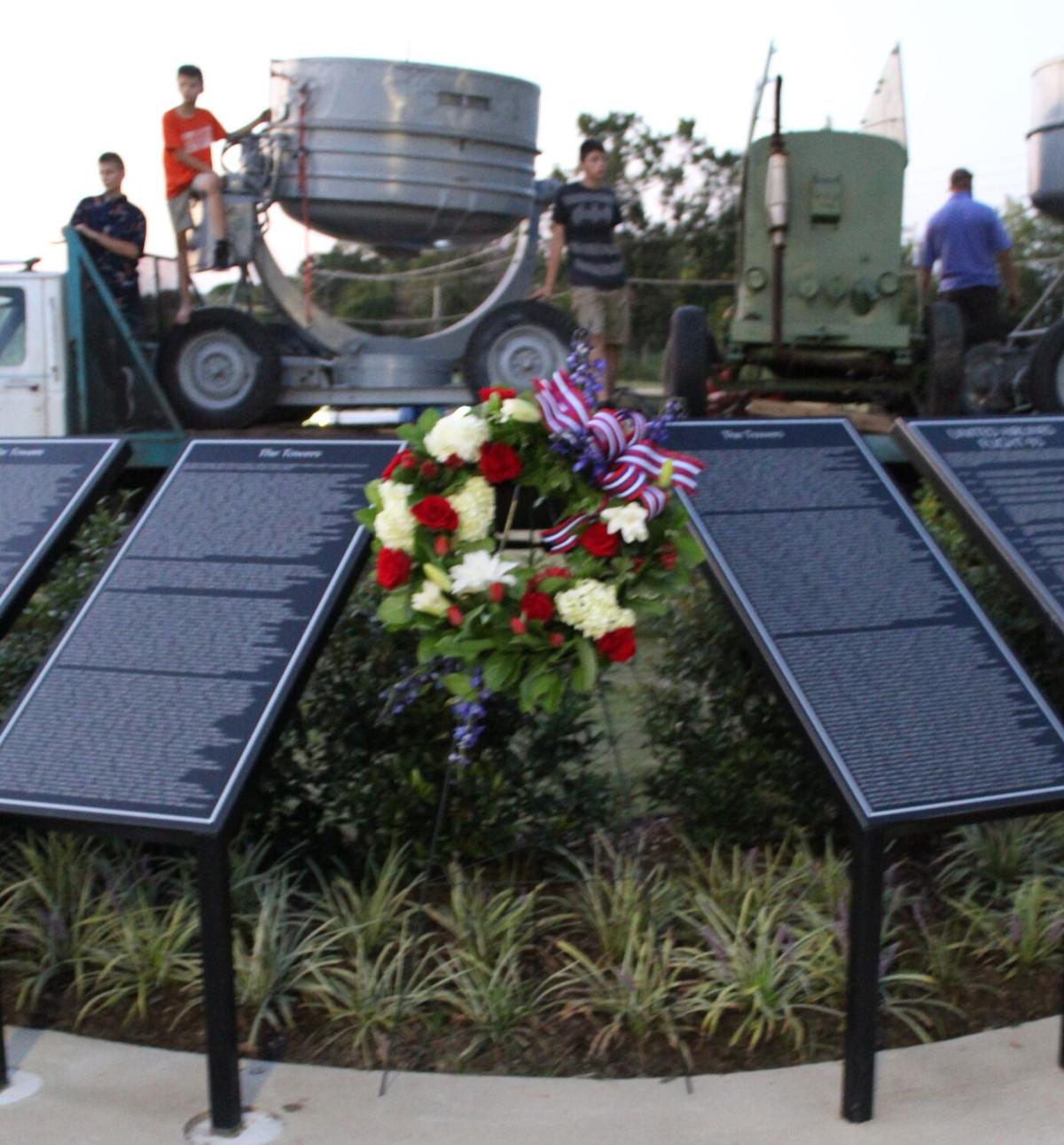 A wreath was placed near the 9/11 tribute, a set of plaques detailing the 9/11 events.

Attendees gather near the 9/11 tribute for the closing prayer and to observe the tribute lights as they were lit.

A wreath was placed near the 9/11 tribute, a set of plaques detailing the 9/11 events.

The American Freedom Museum and The Brook Hill School hosted a 9/11 two-day event to commemorate the 20th anniversary of both the destruction that occurred and the incredible heroics of that fateful day.

On Nov. 11, 2001, four U.S. planes were hijacked by 19 terrorists in what has been called the deadliest terror attack on United States soil. Nearly 3,000 lives were lost as a result.

Americans Flight 11 and United Airlines Flight 175 struck the Twin Towers of the World Trade Center in New York, causing the destruction of the buildings. American Flight 77 struck the Pentagon building in Washington D.C.

The destination of the fourth hijacked aircraft, United Airlines Flight 93, will forever be unknown because it never made its destination. Brave passengers aboard the flight took their fate into their own hands by attempting to retake the plane, causing it to crash into a field near Shanksville, Pa.

On Friday, Sept. 10, the American Freedom Museum held a ceremony honoring those who died and the courageous acts of first responders. The service included a reading of the 9/11 timeline of events by Patrick Fitzgerald, Lieutenant Colonel, (ret.), graduate of Whitehouse High School and father of two current Brook Hill students and two Brook Hill graduates.

After the reading, Fitzgerald and his wife Amy led a procession around the “Walk of Honor” and placed a wreath at the 9/11 Tribute, a set of plaques detailing the 9/11 events.

To conclude the event, two blue gel carbon arc searchlights, similar to those used in New York to represent the Twin Towers, were lit. The lights remained shining Friday evening until 11 p.m. and were shining again Saturday night.

During Saturday’s portion of the two-day memorial event, the names of the victims were read aloud by about 60 Brook Hill faculty, family members and the 2022 graduating senior class. The ceremony began with a firing of the cannon at 8:46 a.m., the time at which Airlines Flight 11 struck the North Tower. The reading of the names paused, and the cannon was fired at each time at which a plane was crashed.

The event was organized by Jan Hommel, Director of the American Freedom Museum, and Robin Bynum, Curriculum Coordinator at the museum.

“We wanted to just honor those and remember what happened,” Bynum said of the commemoration.

“We opened it to our staff and to our families this year and our seniors. We thought it was something that should be a senior honor, to read those names.”

The intention now is to hold the 9/11 tribute annually, according to Bynum.