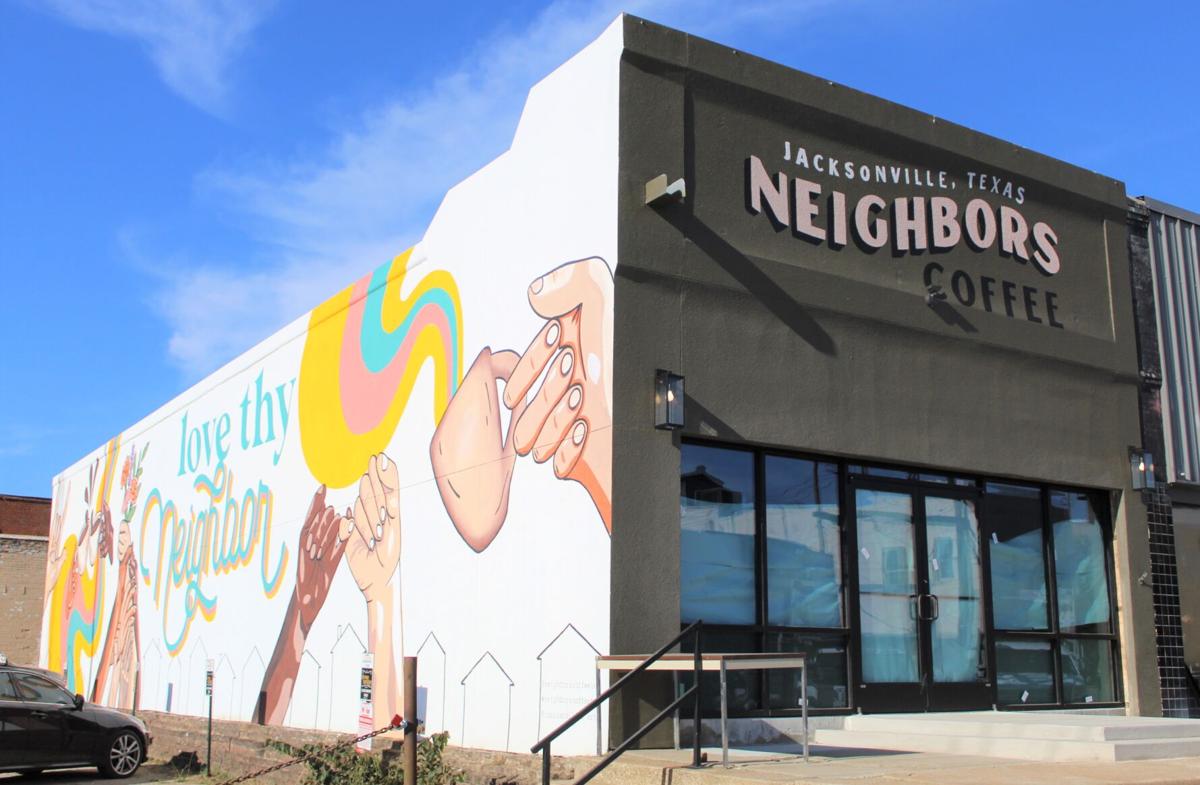 Neighbors Coffee, located at 223 S. Main, is due to be open for business soon. 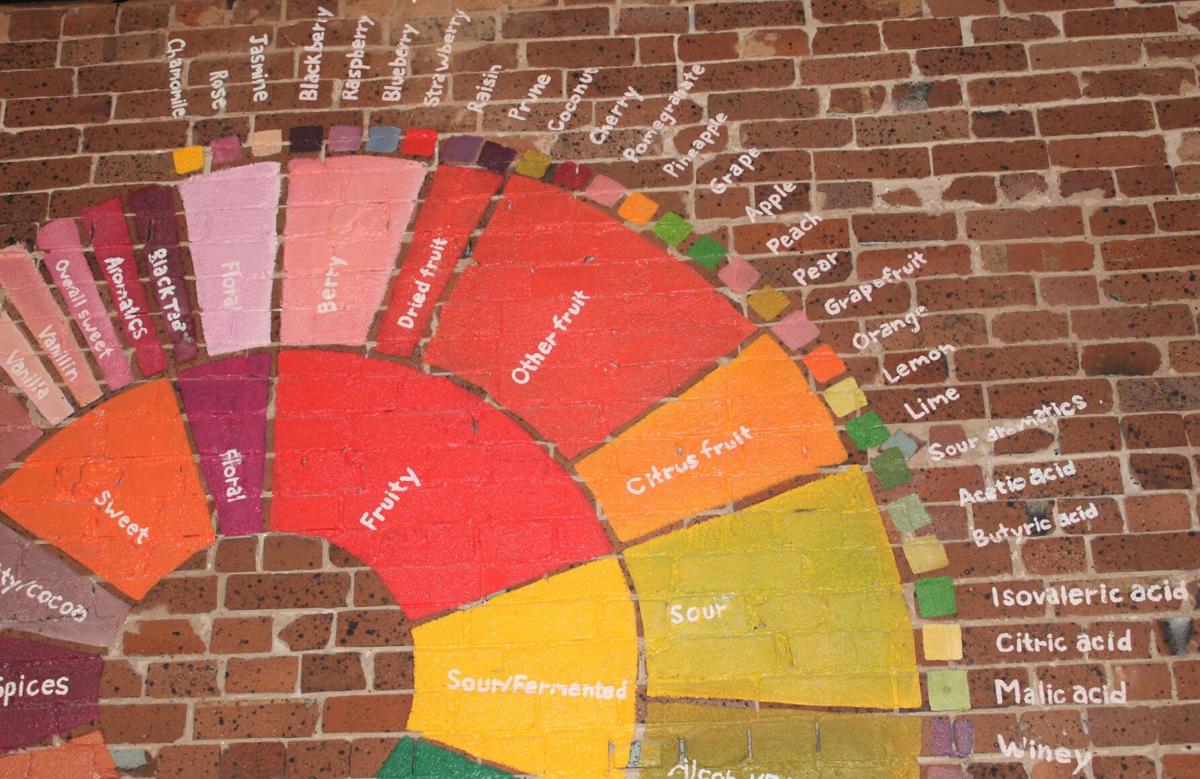 A mural of a flavor wheel is part of the inside decorations at Neighbors Coffee. 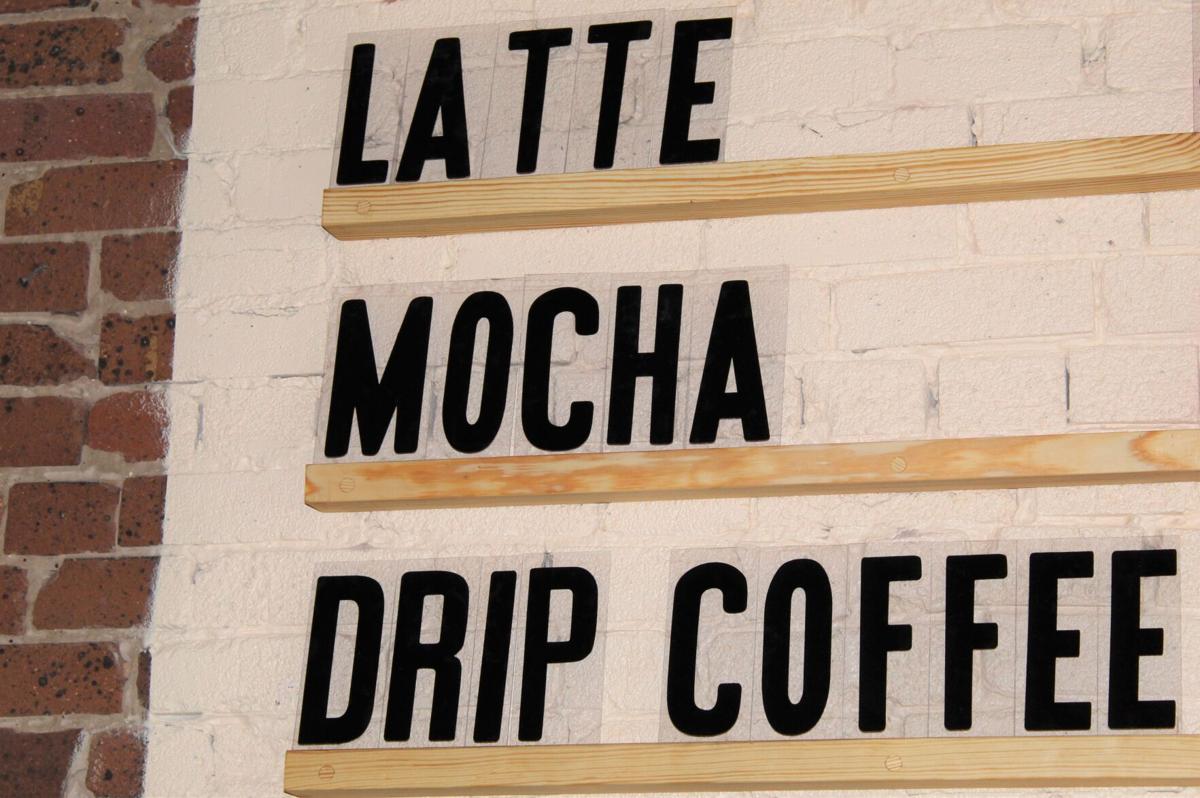 A large menu board posted on a wall will display the basic items and costs. Full menus will be printed. 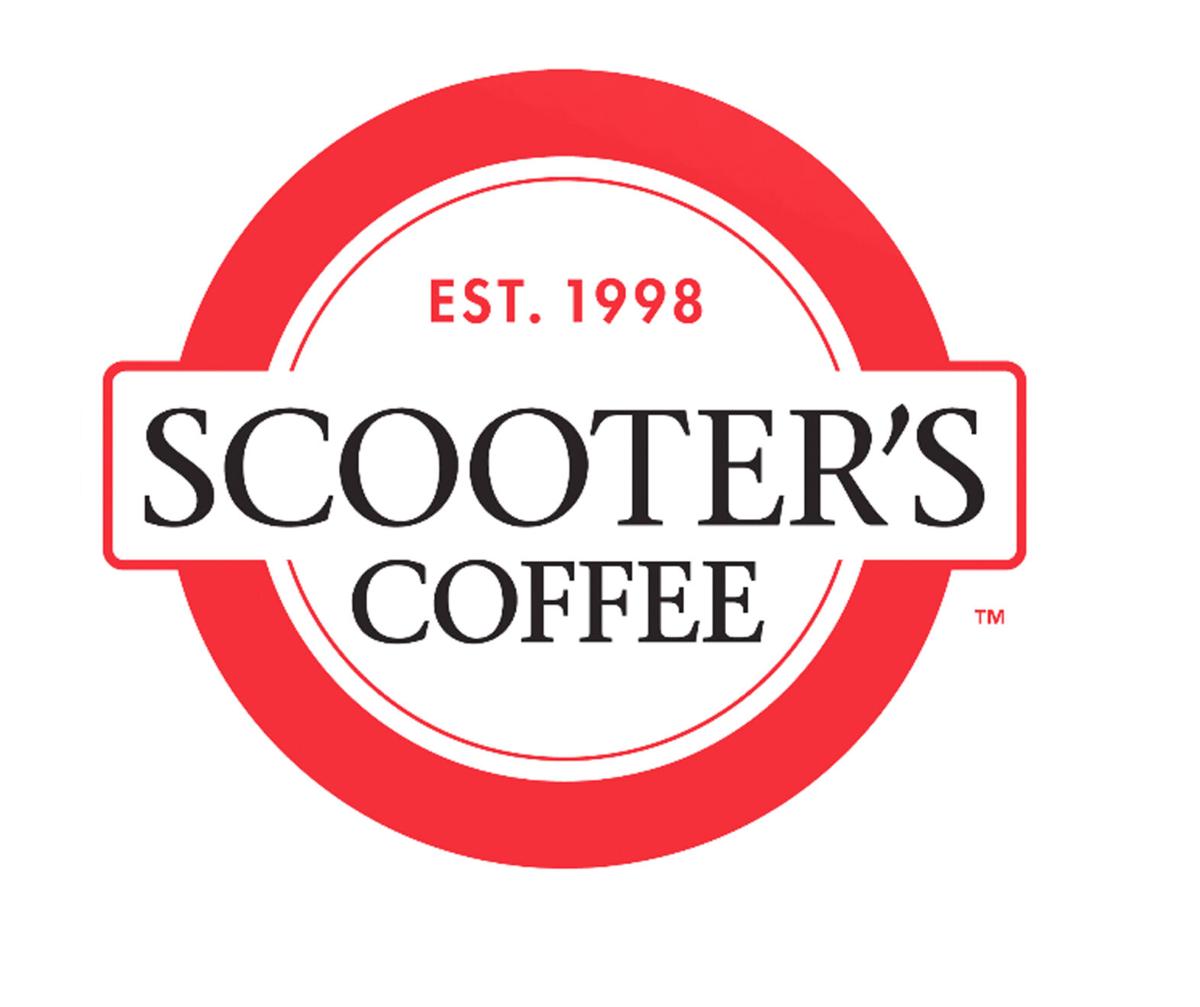 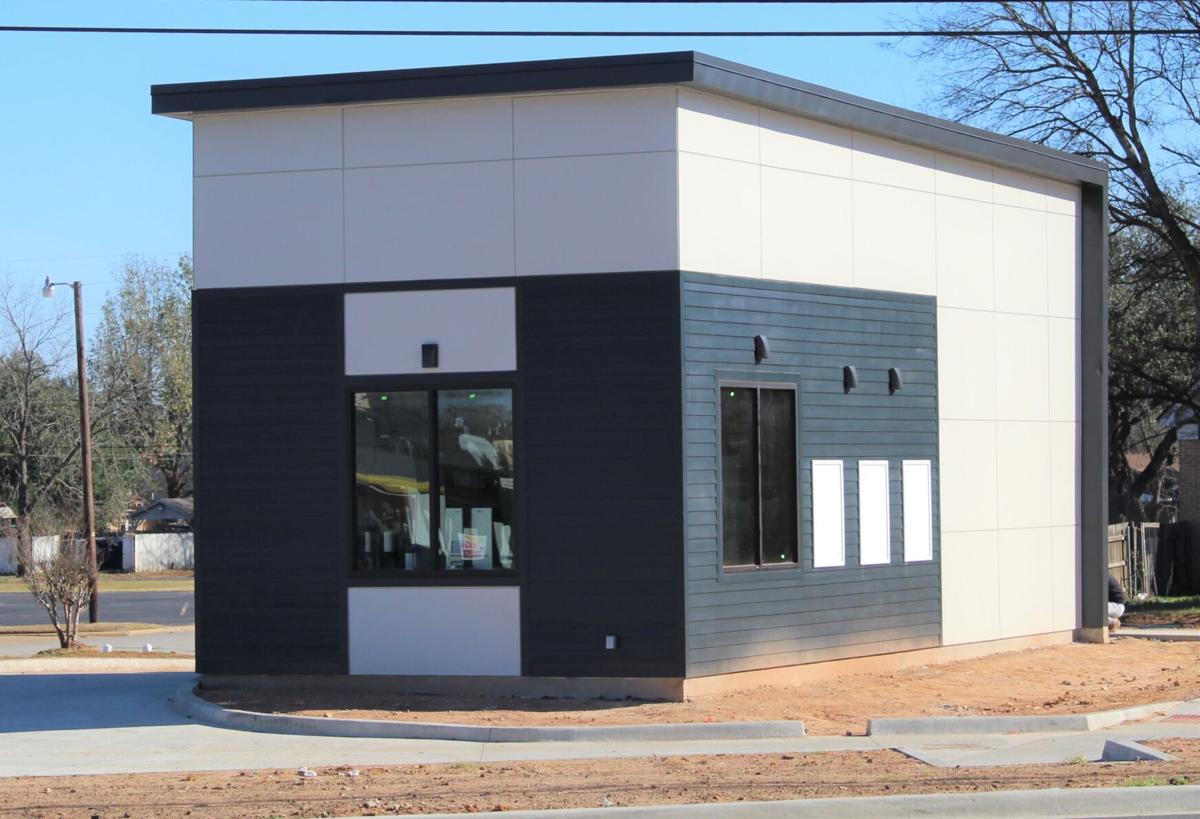 Scooter’s Coffee is located at 1202 S. Jackson and is expected to be open by month’s end.

Neighbors Coffee, located at 223 S. Main, is due to be open for business soon.

A mural of a flavor wheel is part of the inside decorations at Neighbors Coffee.

A large menu board posted on a wall will display the basic items and costs. Full menus will be printed.

Scooter’s Coffee is located at 1202 S. Jackson and is expected to be open by month’s end.

For those who enjoy coffee, two java joints will be opening soon in Jacksonville, Scooter’s Coffee and Neighbors Coffee.

For those interested in getting their coffee on the go, Scooter’s Coffee, with a brand promise of “Amazing People, Amazing Drinks...Amazingly Fast” is expected to open their drive-through later this month, according to a spokesperson for the company.

Founded by Don and Linda Eckles, the first Scooter’s Coffee drive-through coffeehouse was opened in Bellevue, Neb. in 1998.

The local franchise is located at 1202 S. Jackson Street, the former home of The Clean Scene car wash.

“New Scooter’s Coffee locations are chosen by a number of factors. A lot of times, the franchisees have a connection to the community. Other times, we see that a community shares our core values. But no matter what the case may be, we see a need for specialty coffee in your area,” stated a Scooter’s Coffee representative.

The store will employ approximately 15 people.

For job opportunities or more information about Scooter’s Coffee, visit scooterscoffee.com. They can also be found on Facebook.

For coffee drinkers interested in a sit and sip experience where they can visit with family or friends, Neighbors Coffee hopes to offer that place of community with a homey touch, where everyone feels welcome.

The shop, Neighbors Coffee, is so named not only because they hope to provide a neighborhood feel, but because store owners Ben and Emily Casey and Zach and Jessey Woodson live in the same neighborhood, literally blocks from one another.

The name was also chosen because the owners are all devoted Christians, according to Ben Casey, and they wanted a moniker that tied back to a cause that they all believed in.

“There’s a consistent command to love your neighbor as yourself, that’s why on the mural it’s got ‘love thy neighbor’,” he said.

Ben and Zach have been close since childhood, and graduated Jacksonville High School along with Jessey, as members of the class of 2012. Ben met Emily during college. While Zach and Ben went their separate ways for a time, circumstances led both men to return to Jacksonville. The Caseys moved to Jacksonville at the end of 2018, and the Woodsons returned at the beginning of 2020, just before the pandemic hit.

“Zach and I have both been extremely into coffee, as a hobby,” Ben said. “Zach and I, we both have very fancy espressos set up at our house. We’re all in the weeds. I’m ordering coffee beans from a certain region from a certain country… before [Neighbors Coffee] was ever a thing. I’m way into it.

Zach and I have toyed with the idea of opening a coffee shop. We honestly thought it would be a whole bunch of fun, a way to turn a hobby of ours into a business.

“We’ve always said if the timing and the finances work out, we’d see if we could do it. There’s a bunch of different circumstances in his life and my life that just all fell into place at the exact same time to where we had the time, we had the resources, we had the desire, so – Neighbors Coffee.”

Financially, Neighbors Coffee is benefiting from the Downtown Redevelopment Grant offered by Jacksonville Economic Development Corporation. The reimbursement grant matches up to $50,000 towards building renovations and rehabilitation and Neighbors Coffee will be taking full advantage of the program.

The funds have allowed for an extensive rehabilitation of their building, located at 223 S. Main. The owners pulled out the old wooden foundation down to dirt, stripped everything off the ceiling and walls, had new plumbing lines run, new electrical, concrete foundation, facade, mural and concrete walkway leading to the door to become ADA compliant.

Without the assistance from JEDCO, Ben said there was a “very realistic possibility that this would have never happened. It certainly would have looked different and taken longer.”

Ben will continue working as a flight instructor, as it gives him flexibility to be at the shop when necessary. Zach has quit his previous job to attend to Neighbors Coffee full time. The women, Emily and Jessey, will continue their in their current positions. Jessey is a nurse and Emily serves as Children’s Minister at Central Baptist Church. Both couples are also raising children. The Woodsons have three children and the Caseys have two with a third on the way.

Apart from the owners, Neighbors Coffee currently has three employees and may eventually have as man as five or six, according to Ben.

An opening date for Neighbors Coffee has been set in the minds of owners, but Ben declined to have it published in case of unforeseen delays.

To learn more or to watch for an opening date announcement, visit neighborscoffeetx.com, or find them @neighborscoffee on Facebook or Instagram.