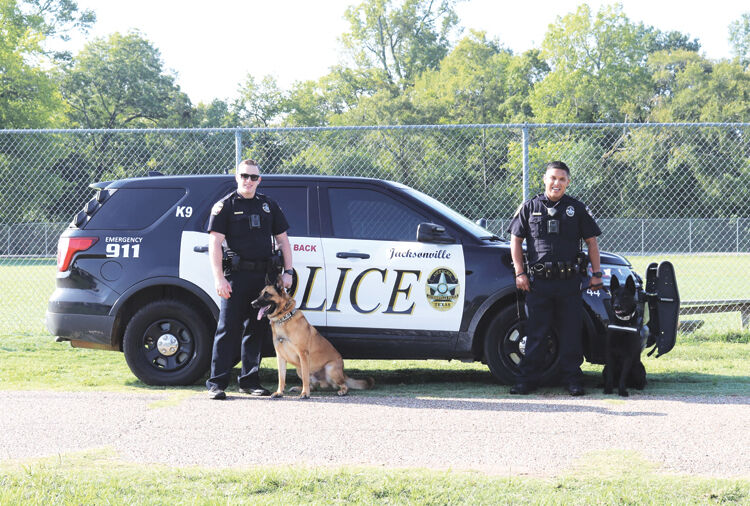 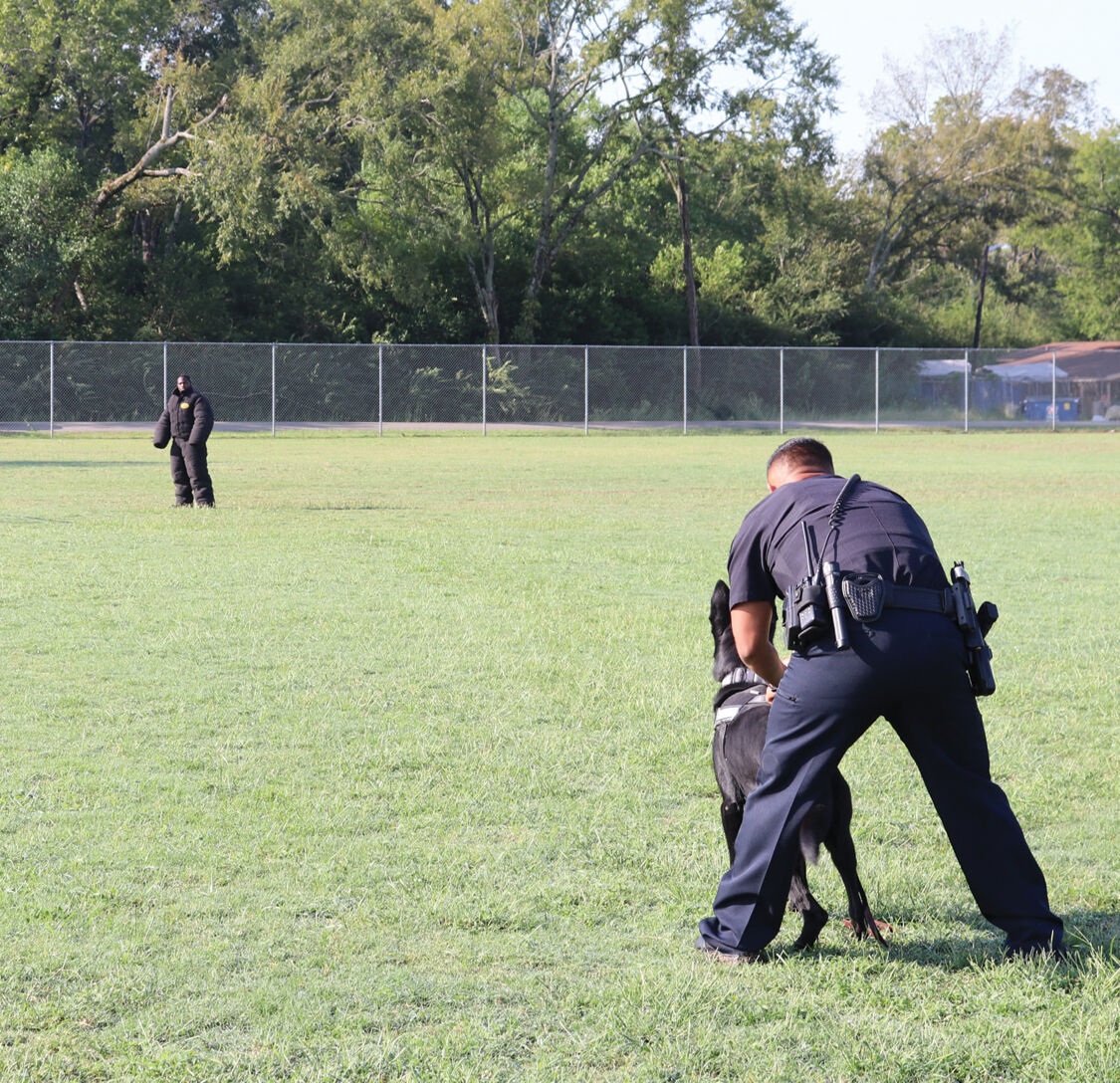 JPD Officer Michael Torres (right) and K9 partner Rambo conduct an exercise with a member of the department. The team was newly installed Sept. 18, following the retirement of predecessor K9 officer Niko.

JPD Officer Michael Torres (right) and K9 partner Rambo conduct an exercise with a member of the department. The team was newly installed Sept. 18, following the retirement of predecessor K9 officer Niko.

As one K9 team retires from the force due to the promotion of the handler, another takes over as part of the Jacksonville Police Department's fight against crime.

On Sept. 18, K9 Officer Niko retired from service after a three-year career that began in May 2017.

“He was put out of service due to my promotion to captain,” said handler Steven Markasky, adding that K9 Officer Michael Torres will partner with Rambo, who was donated to the City of Jacksonville by K9 Officers, a Richmond-based non-profit that provides K9s, handler training and equipment to local law enforcement agencies.

Police dogs are “put through many tests to ensure they will succeed in different situations,” Markasky explained. “If we know a dog is not strong in all areas needed, then it would be detrimental to put that dog in a situation its not suited for. The academy that trained our team backs their training/dog for the lifetime of the K9. This is very rare for kennels to do, but this is the confidence the academy has in their product. This means if they are putting a handler/K9 on the street, it's the best of the best.”

As will retiree Niko live with his handler, the new K9 unit will reside under the same roof.

“The dog becomes family. This dog is with the handler 100% of the time,” even off-duty, Markasky said.

As Torres and his teammate begin this new stage, Torres will work continuously to ensure his partner receives the physical and mental stimulation needed to keep Rambo in top working form.

“The drive for working dogs is outrageous. These K9s have to have 100 times the stimulation and exercise a normal pet would need, and these dogs need time out of the kennel more often than not,” Markasky said. “Police K9s want to work 100% of the time, which requires a good handler to meet their needs.”

Retirement with a police K9 will be anything but restive.

“We will keep working to make sure his needs are met, because Niko hasn't lost an ounce of his drive,” Markasky said, adding that his former partner “works so hard to please me every minute of his day – I wake up in the morning and he is constantly looking to me to give him a task. This happens ALL day.”

Subsequently, his most challenging task is to keep Nico sharp with training.

“These K9s are so smart, they are constantly looking for ways to shortcut to make their jobs easier, so you have to work everyday to keep them guessing,” he said.

Niko has enjoyed a successful K9 career with JPD, receiving a positive outlook from the community and was involved in many demonstrations, Markasky said.

“We have assisted FBI, DEA, TEXAS DPS, Jacksonville College, Tyler Junior College and all local surrounding agencies, and Niko also placed placed high in a national competition … he has apprehended fleeing suspects, which has kept me out of a lot of dangerous situations. He also has been utilized in numerous narcotics seizures,” he said. “After all this work, it's rewarding to see the final product of all the work that I have put in come out in real world situations.”