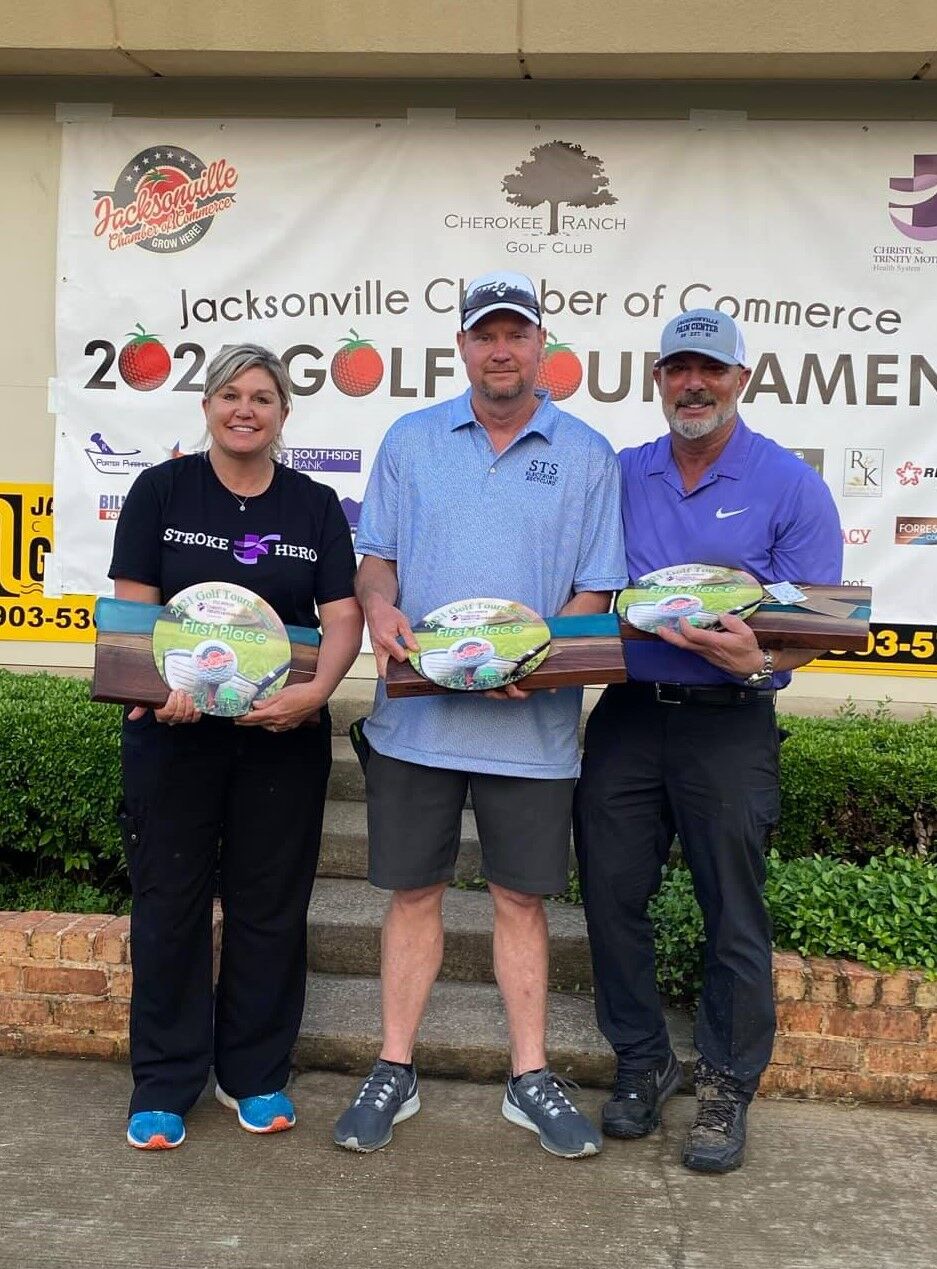 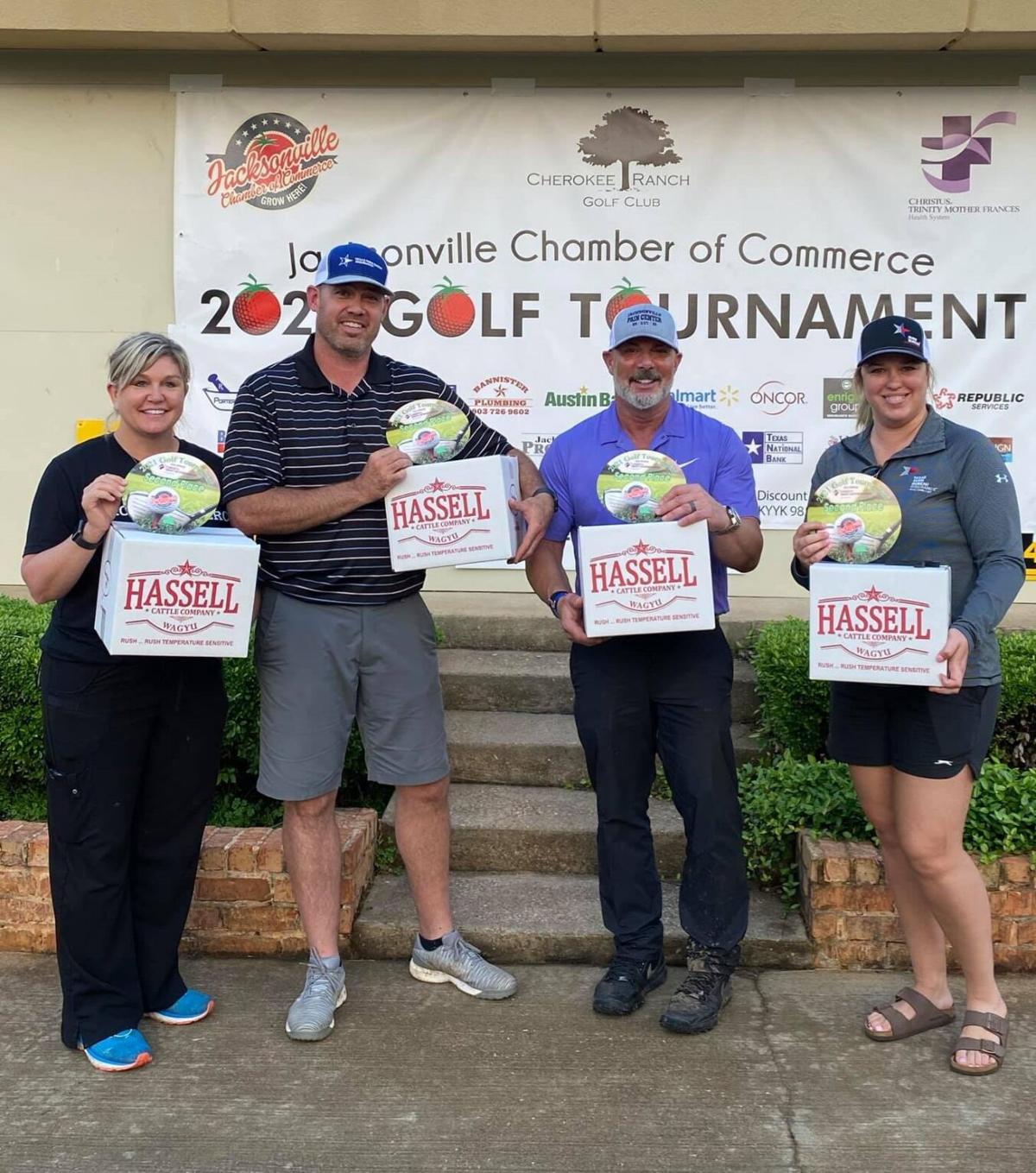 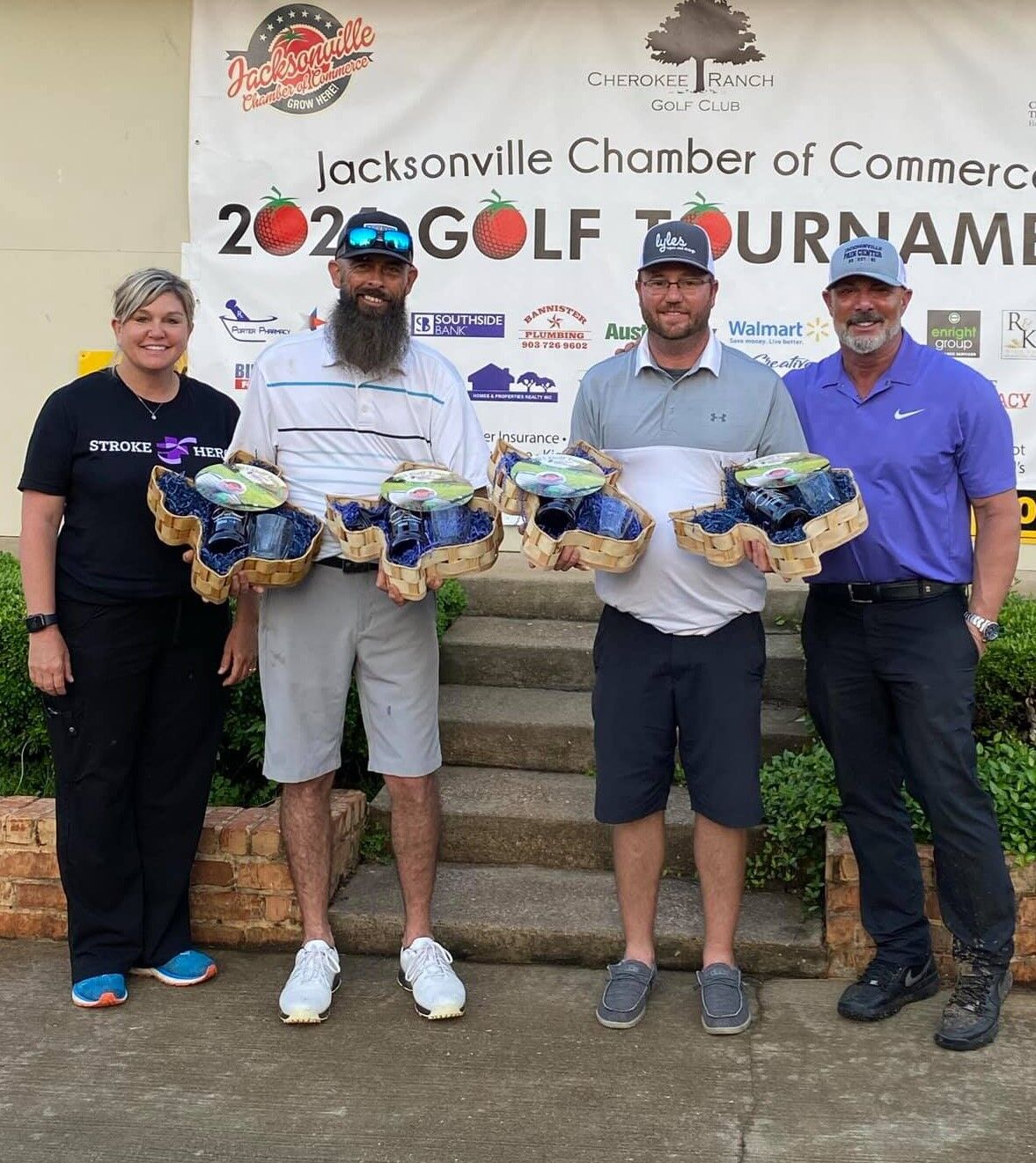 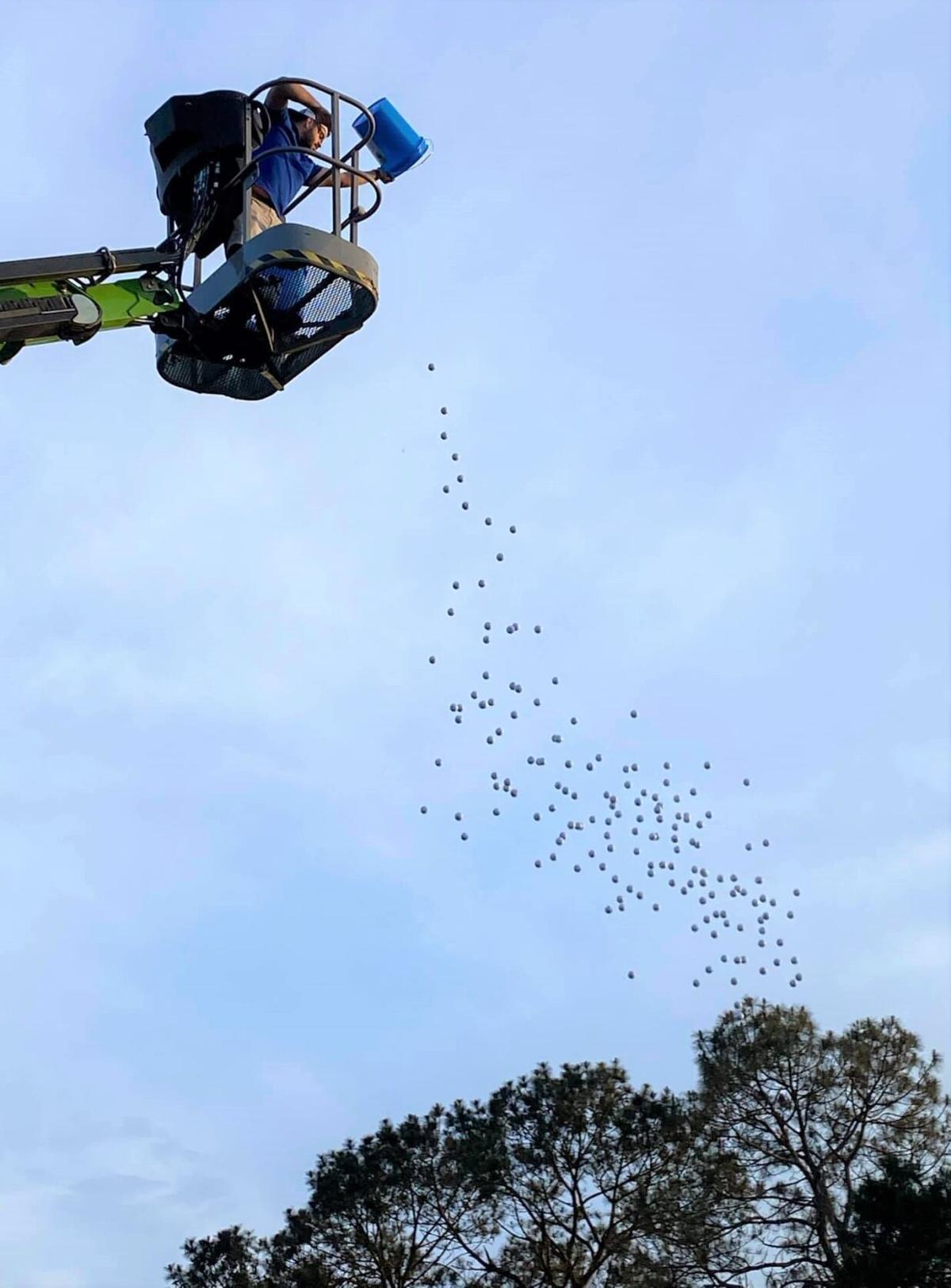 Dillon Rodriquez performs the golf ball drop with the ball landing closest to the hole determining the $1,000 winner, which was Landon Smith.

Dillon Rodriquez performs the golf ball drop with the ball landing closest to the hole determining the $1,000 winner, which was Landon Smith.

The highest score or lame duck award went to the team from the Cherokee County Sheriff’s Office, who were sponsored by none other than this publication, the Jacksonville Progress. The award, a new fishing pole per team member, was sponsored by Republic Services and presented by Gene Keenon.

The Porter Pharmacy Par 3 Poker winner was Josh Laney with Homes and Properties. After drawing cards at each of the five par-three holes on the 18-hole course, Laney had the best hand.

Along with the prizes for winners, many door prizes were provided by local businesses.

The golf ball drop, originally slated to be done from a helicopter, was performed by Dillon Rodriguez who dropped the golf balls from a lift provided by Preferred Equipment, LLC. The winner of the $1,000 golf ball drop was announced by Jamie Gibbons Maddox and Dr. Peter Sirianni of Christus Mother Frances Hospital, the title sponsor of the tournament. The lucky winner was Landon Smith.

The Jacksonville Chamber has expressed their appreciation to each individual and business that sponsored, donated, volunteered or participated in the 2nd annual golf tournament.