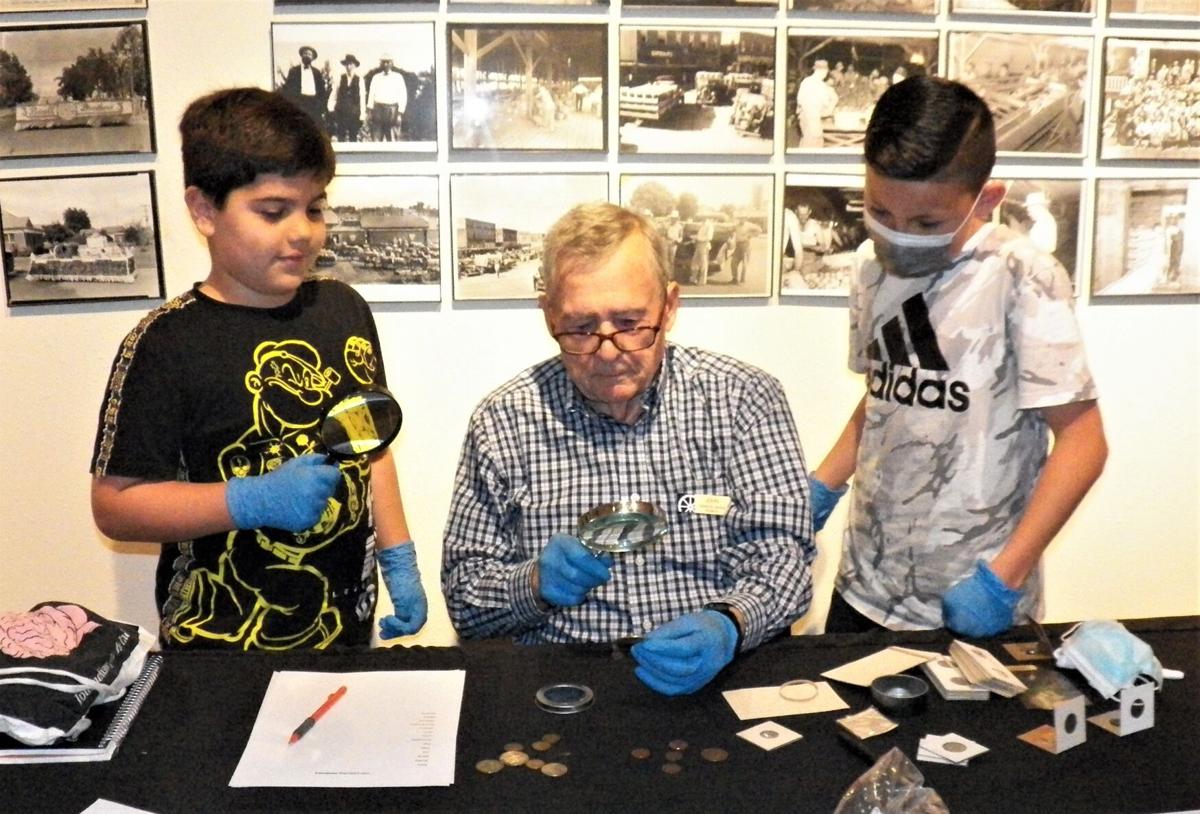 (L-r) Ethan Dart, John Taylor and Daylin Mares pretend to examine a coin as they pose for a picture at the end of their session together. 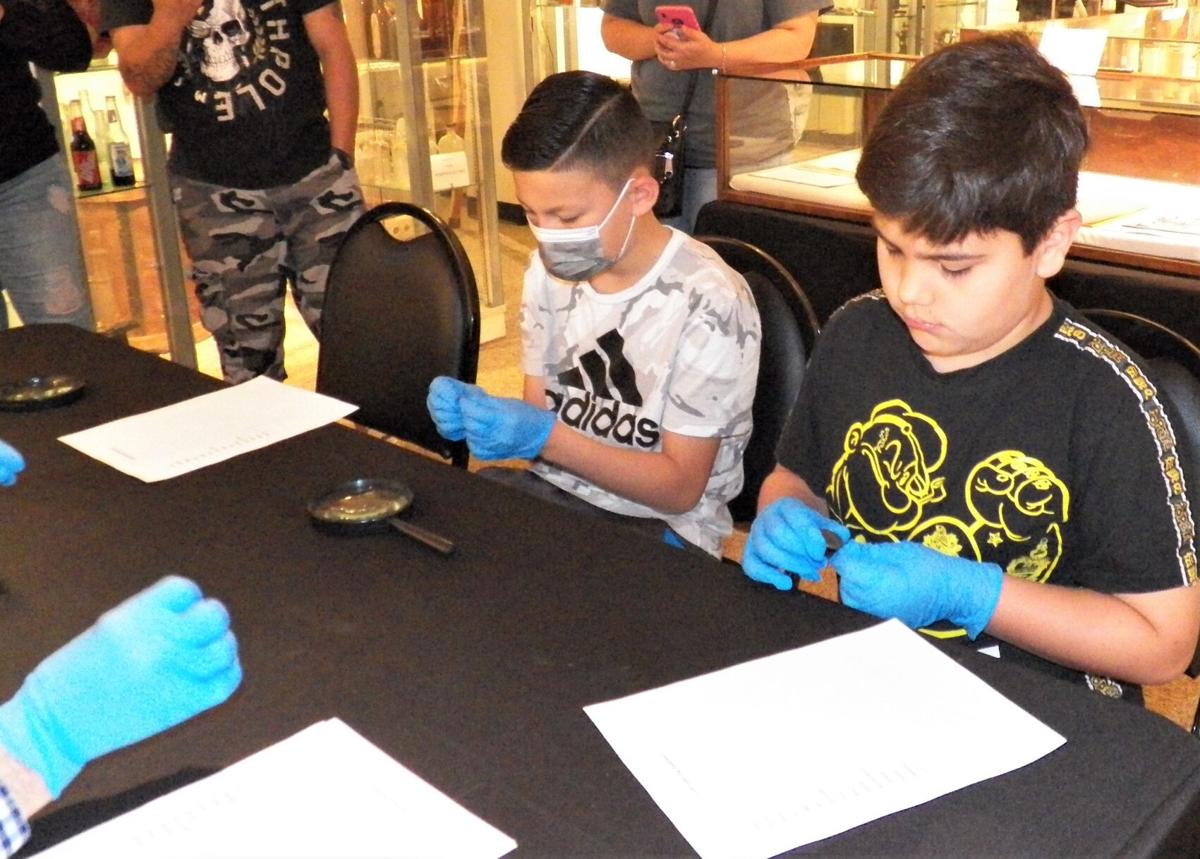 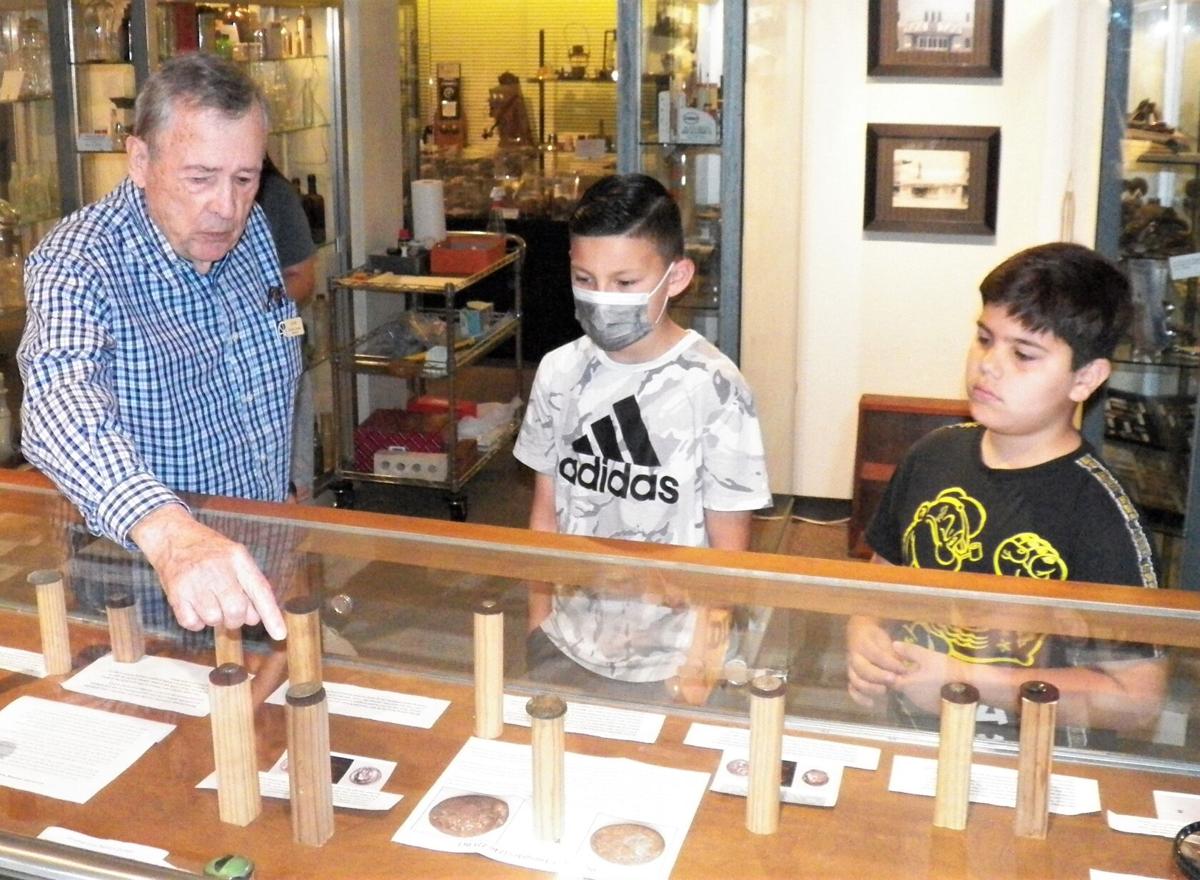 Former JISD teacher and long-time coin collector John Taylor describes various coins he has on display at the Vanishing Texana Museum to two GT students who are also collectors.

(L-r) Ethan Dart, John Taylor and Daylin Mares pretend to examine a coin as they pose for a picture at the end of their session together.

Former JISD teacher and long-time coin collector John Taylor describes various coins he has on display at the Vanishing Texana Museum to two GT students who are also collectors.

Two Jacksonville ISD students in the Gifted and Talented program are using their coin collections for their GT projects.

According to GT teacher Chelsea Best, the students’ GT project is one in which students conduct independent research on a subject of their own choosing.

“When students are researching things that they are interested in, they tend to take it to the next level because they’re eager and want to learn about it,” Best said.

Ethan Dart, 9, and Daylin Mares, 11, met with former JISD teacher John Tayler at the Vanishing Texana Museum Saturday, April 10, to learn from the experienced collector, who has a portion of his collection on display at the museum.

Dart was present with his parents Aaron Dart and Diana Guerrero and stepdad Nathan Hernandez.

“We’re all here for him,” said Aaron Dart.

The younger Dart, who is third grade, began collecting coins after discovering a 1943 wheat penny that sparked his curiosity.

“There are certain types of pennies that are worth some money and you could get into coin collecting,” stepdad Nathan Hernandez said he had told Dart.

According to his mother, Diana Guerrero, Dart gathered knowledge about coins by watching YouTube videos.

Dart plans to use his coins to create and present a timeline as his GT project.

Daylin Mares, the son of Mindy and Rogelio Mares, is in the fifth grade. He began his coin collection in 2019.

“My grandpa gave me a couple of coins. He gave me the buffalo nickel and some Mexican money,” Mares said.

Due to already having a coin collection, Mares decided to use it as his GT project. He will be selecting a few coins and sharing his knowledge about them.

Concerning the presentation by John Tyler, Mares said he already knew about steel pennies, but found interesting “all the ancient coins and what some of the coins are actually made of.”

John Tayler, the former JISD teacher the pair had come to meet, showed the coins he had on display and talked about their place in history, their composition and the pictures shown on the coins.

Taylor then sat with the two boys at a table. He discussed various coins and related information and allowed the students to examine some of his coins. During their discussion, Taylor gave each boy a list of vocabulary words relating to coins.

Following the educational session, Taylor offered each of the young collectors a small bag of coins to keep. He also loaned each student a coin form his own collection to research. The group was to conduct another meeting where the students would report their findings to the older collector.

Taylor, who taught English and History, began his own collection at about eight- or nine-years-old.

“I’ve always had a great curiosity about other countries and other cultures and history. I collect stamps as well, which gave me some knowledge of where things were globally,” Taylor said. “I believe, in ways, that led me to what I eventually did which was to teach history.”

When it came to meeting with the young enthusiasts, Taylor seemed happy to do so.