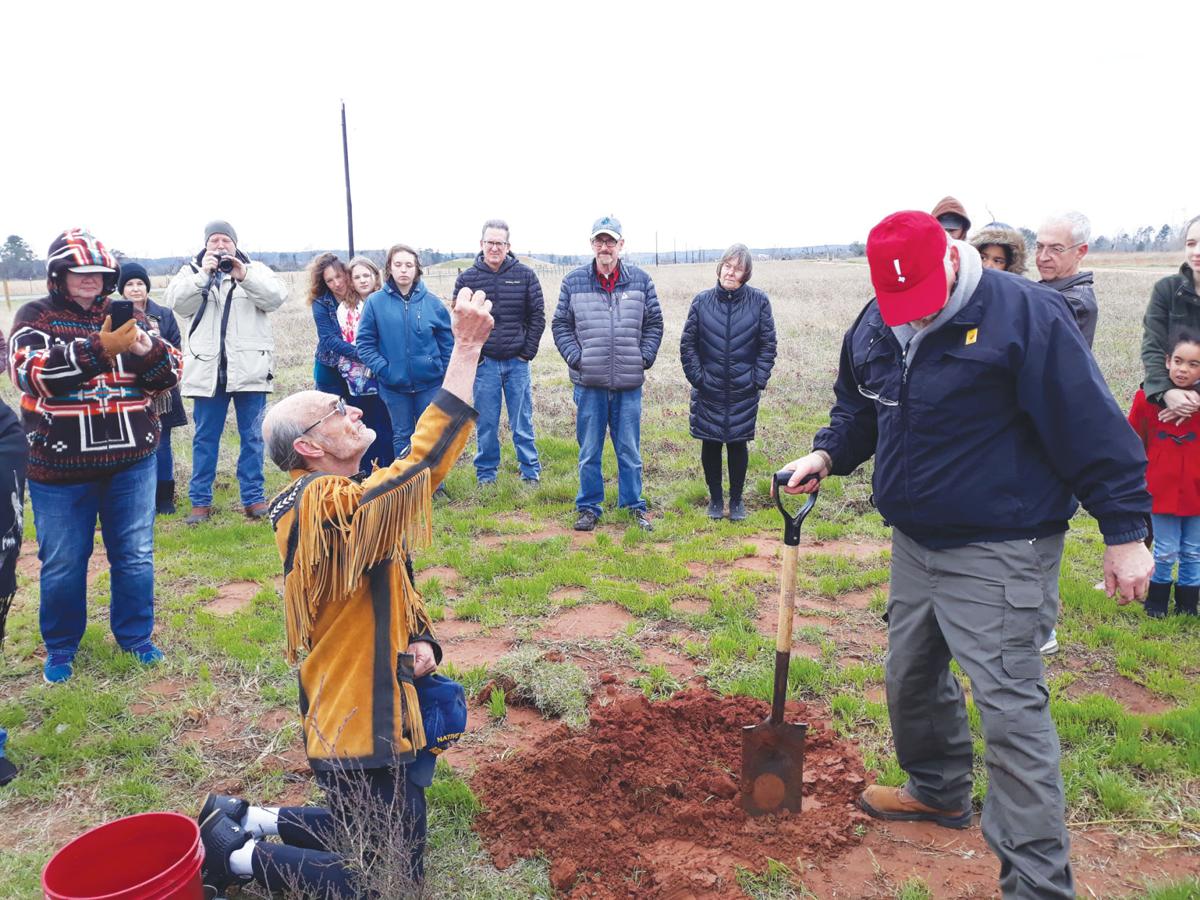 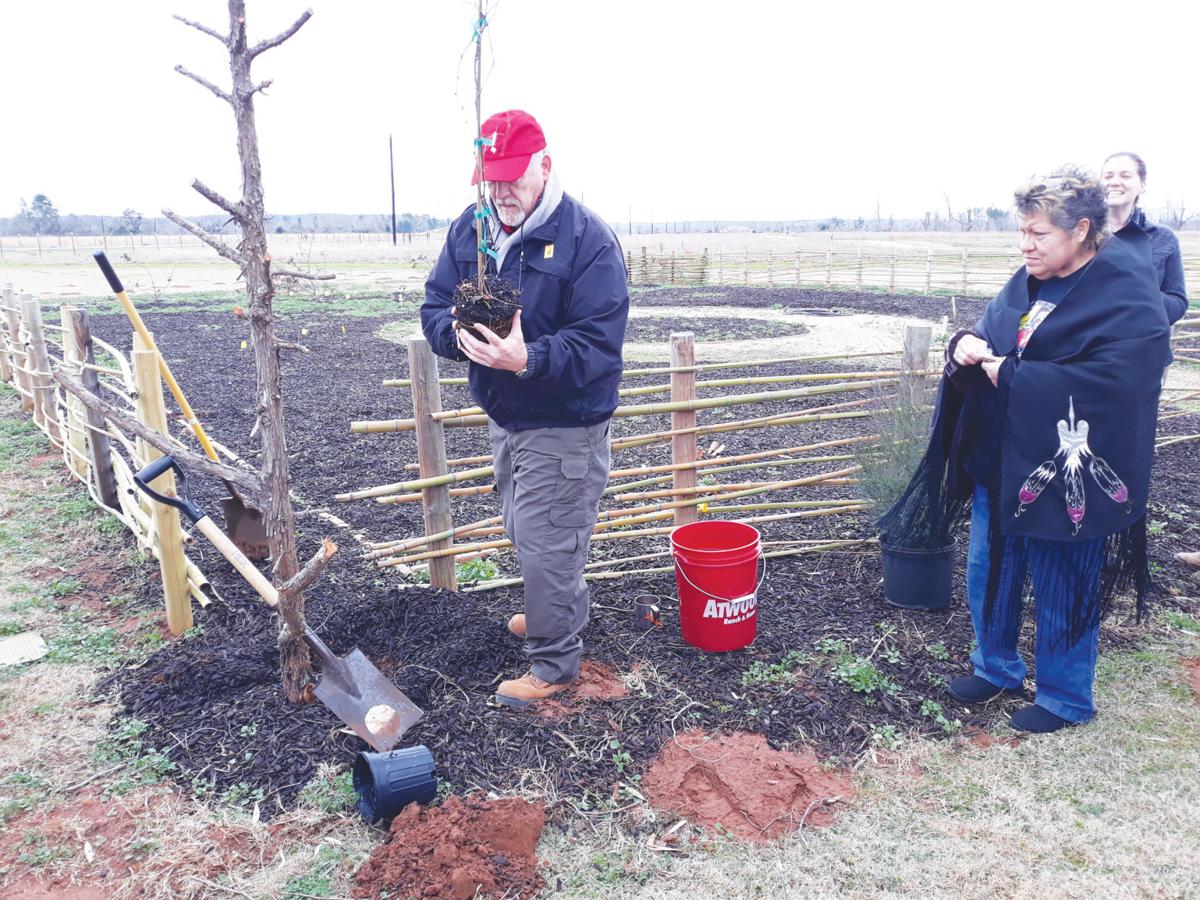 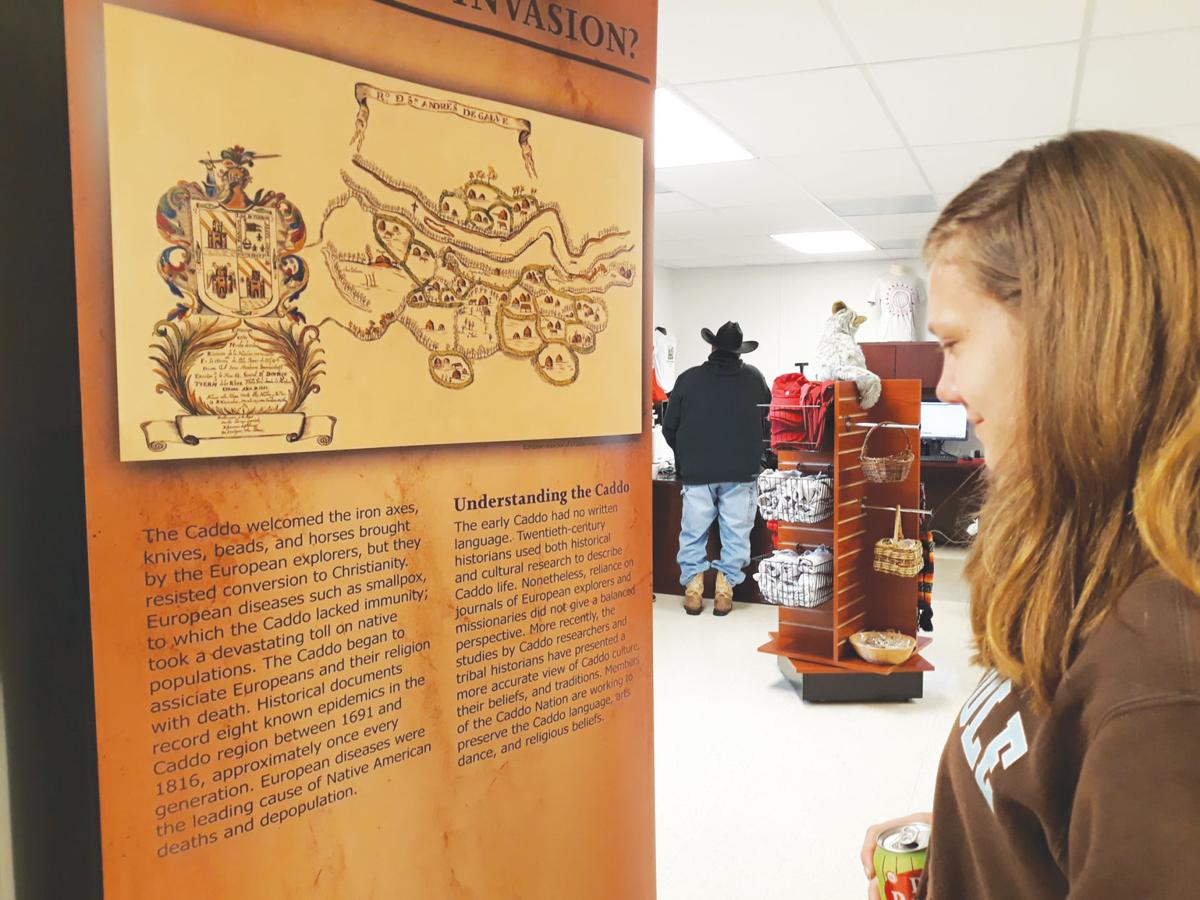 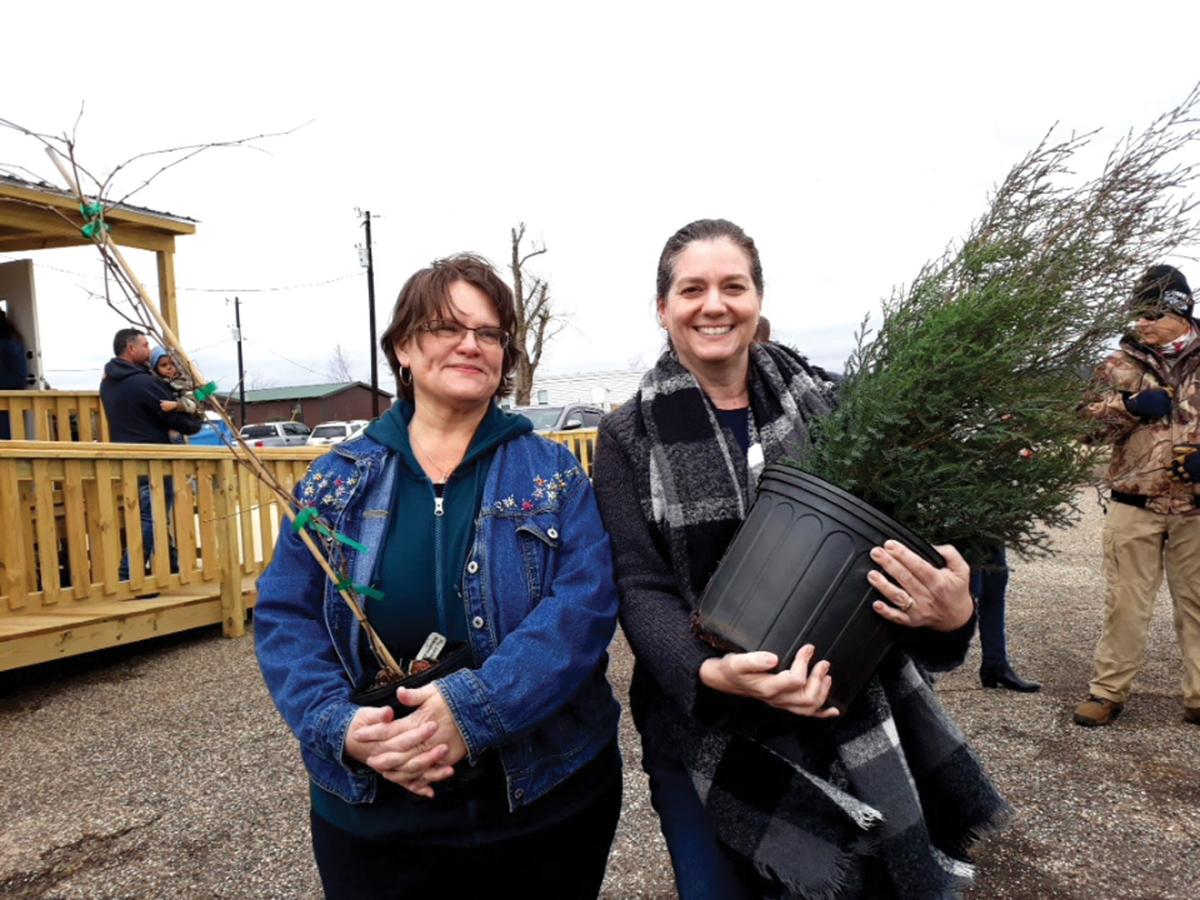 With a raised fist clenched full of red dirt, Chief Ron Black Eagle Trussell of the Texas Cherokee offered a blessing over the planting of a cedar tree in Snake Woman's Garden during Saturday's reopening ceremony at Caddo Mounds State Historic Site outside Alto.

This simple act was a symbol of hope for not just the 75 people present at the ceremony, but for future generations who would once again enjoy learning about the history of the Caddo Nation through the rebuilding of a visitor's center and other displays that were destroyed this past April by an EF-3 tornado.

“After the tornado, our tribe donated some money to help restore (the site) and we wanted to come out and see” the re-opening, he said, beckoning to his wife Linda, as they waited for the ceremony to begin.

“We wanted to give our support. It was a shame that everything was lost in that period, especially a lot of the artifacts – I know they were replicas, but it still had meaning to them,” he said, adding that his hope is that the site is rebuilt to its former glory.

“But it's about heritage, also; we need to let more people know that we are here and we've never left. It's a cultural community effort to educate people,” about Native American culture, Trussell said.

The site – located at 1649 Texas Highway 21, west of Alto – is a Texas Historical Commission property, comprised of the remains of a large village and ceremonial center built by a group of Caddo Indians known as the Hasinai more than 1,200 years ago on the prairie overlooking the Neches River, according to a release.

The 397-acre site first opened to the public in 1982, and gradually included walking trails, a new visitor center featuring displays and exhibits on everyday life of the early Caddo people, and a grass house erected in 2018 by volunteers led by two members of the Caddo Nation of Oklahoma.

However, one of three tornadoes that ripped through the area on April 13, 2019, damaged the site and state officials estimated the cost at approximately $2.5 million to rebuild the visitors center, replace vehicles, equipment and perform necessary repairs.

Site manager Anthony Souther told the crowd gathered outside the garden that “this is a day I've been waiting for, for months now … before, when we renovated, we kept the grounds open but we could not even be back this time.”

Snake Woman's Garden – where a cedar tree and a Muscadine grape vine were planted during the Saturday' ceremony – survived the 2019 tornado, coming back in full glory soon after the disaster.

Site manager Rachel Galan said that the garden initially was created for education and interpretation out at the site, set up as a timeline of Caddo agriculture, “it's basically a cautionary tale for children … it's Snake Woman who brings seeds to the Caddo people and teaches them how to garden and respect the plants.

“It's been a great experience, and it's turned into something really important for us,” Galan said. “It's become a real symbol of renewal and resilience after the tornado, because the gardens still stood. We gathered for the first time in July, all of us, our community, our Caddo community, the garden was here and blooming and producing. It has a really special place in our hearts right now.”

Marilyn Threlkeld, a member of the Caddo Nation, traveled from the tribe's home office in Binger, Oklahoma, for the ceremony. She has visited the site since the 1970s, watching the development grow to include a newly refurbished visitors center and museum that reopened in 2015, and a Grass House erected in 2018 by volunteers led by two members of the Caddo Nation of Oklahoma.

The state historic site on Texas Highway 21 was well-known to members of the tribe, she said, and the loss from the tornado nine months ago was devastating.

Saturday's ceremony, with the planting of the tree and the grapevine – Threlkeld assisted by sprinkling tobacco into the holes into which the plants were set, a gardening tip utilized by the Caddo people – was “a symbol of hope for our tribe and for new generations, too,” she said. “We want to tell them that we're all over Texas, and that we're proud to preserve (Caddo heritage).”

Caddo Mounds State Historic Site is located at 1649 Texas Highway 21, west of Alto. A temporary visitors center that houses a small display and gift shop, is open Tuesday through Sunday from 8:30 a.m. to 4:30 p.m. Admission is $2 adults and $1 for children and students up to age 18. To learn more, call 936-858-3218, or visit the Facebook page, “Caddo Mounds State Historic Site.”

Sorry, there are no recent results for popular articles.