UPDATE: Ex-cop guilty of murder and manslaughter in Floyd case 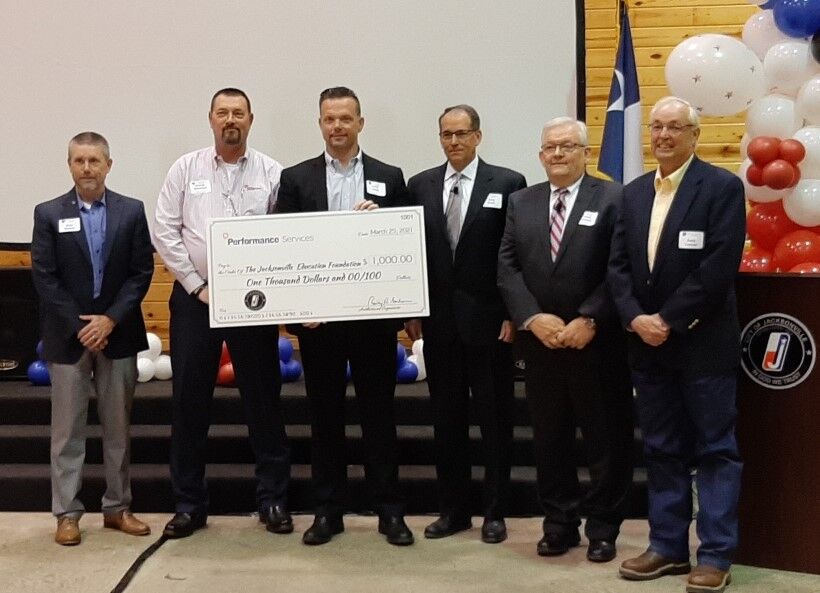 The inaugural State of the City presentation concluded with the city presenting a $1,000 donation, which originated from Performance Services, to the Jacksonville Education Foundation. 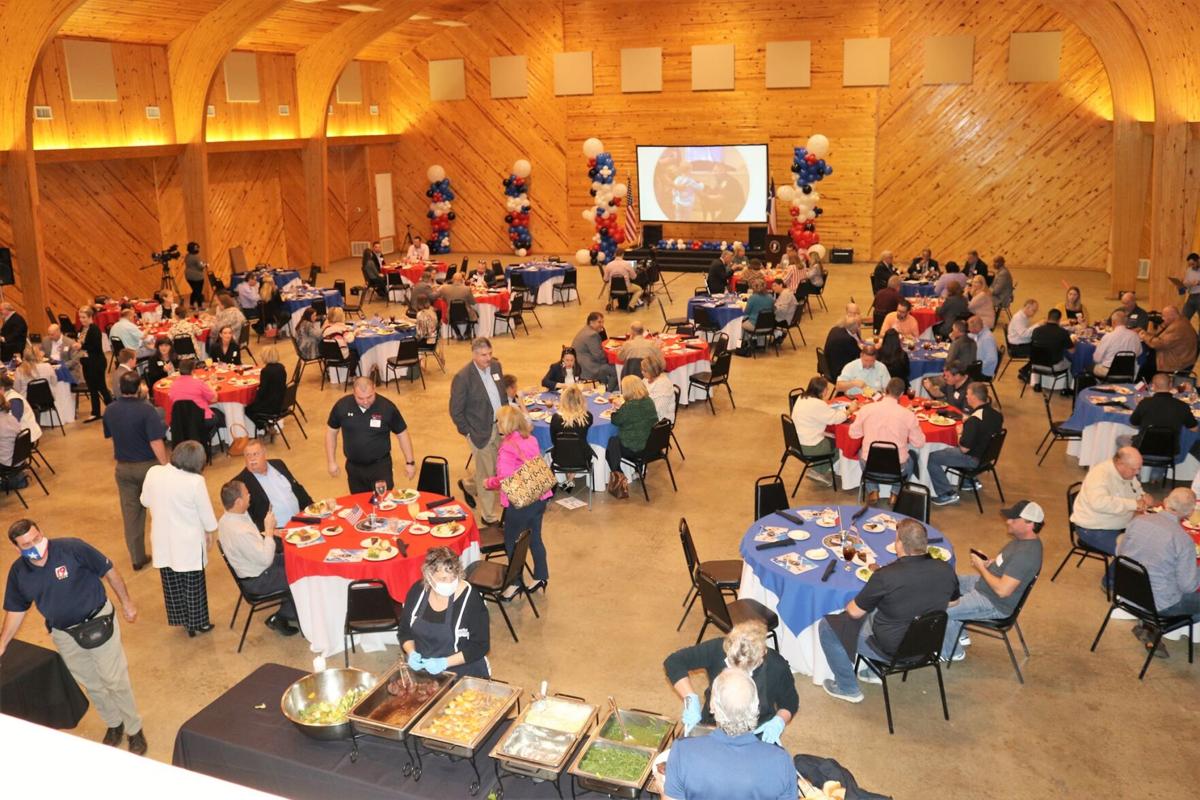 Business and community leaders gathered for the inaugural State of the City address hosted by Peoples Church. 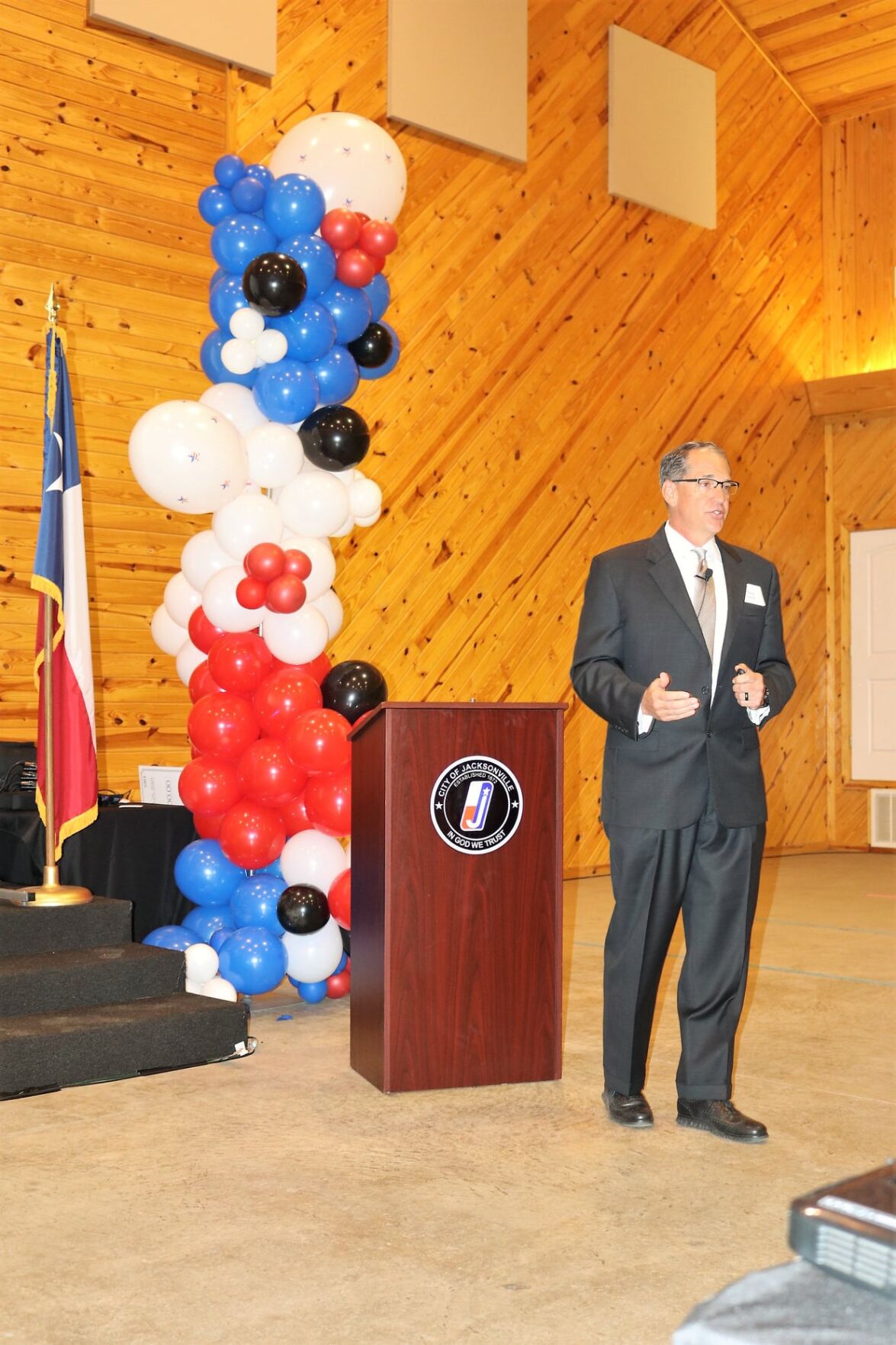 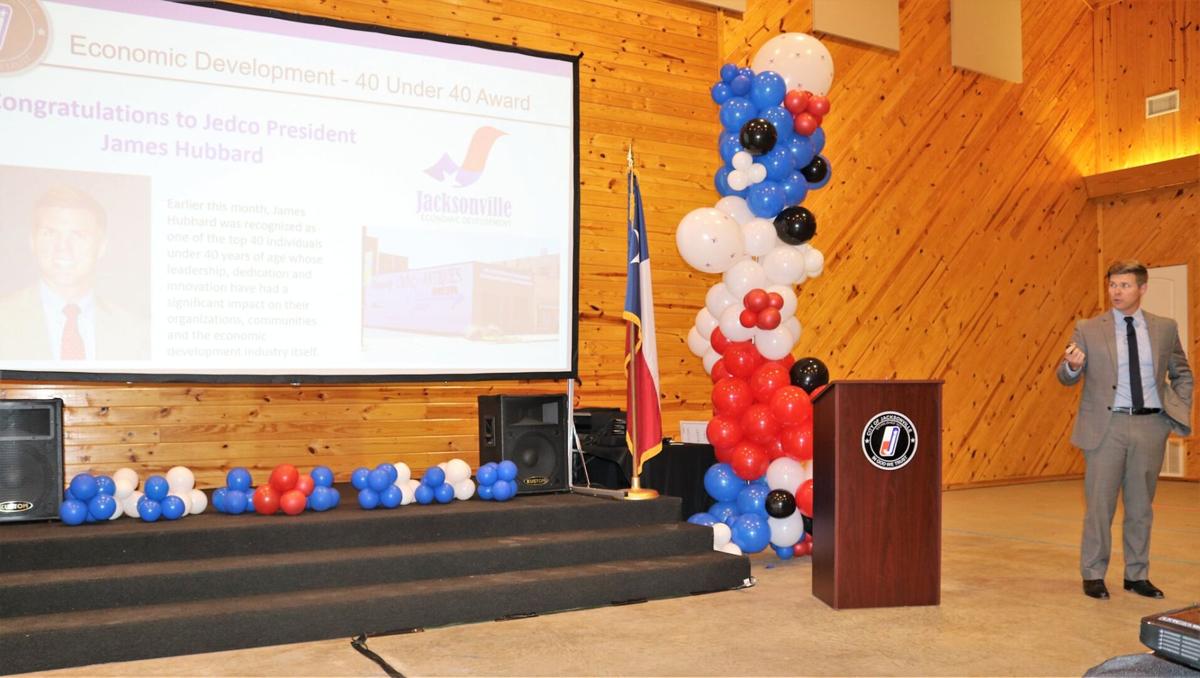 JEDCO President James Hubbard discussed the projects and programs of JEDCO, along with their 2020 results, at the State of the City presentation.

The inaugural State of the City presentation concluded with the city presenting a $1,000 donation, which originated from Performance Services, to the Jacksonville Education Foundation.

Business and community leaders gathered for the inaugural State of the City address hosted by Peoples Church.

JEDCO President James Hubbard discussed the projects and programs of JEDCO, along with their 2020 results, at the State of the City presentation.

Jacksonville hosted its inaugural State of the City Luncheon Thursday, March 25, having invited business and community leaders to the event. The presentation highlighted recent program implementations and steps the city has taken which have resulted in city improvement and growth.

Mayor Randy Gorham presented a brief budget overview, including types of revenue and expenses as well as the budget process.

“I can assure you, every decision that we make, we look at the city as a whole,” Gorham said.

He noted the city recently received an audit of the 2019-2020 fiscal year that confirmed over $1 million was added to the fund balance, essentially a savings account for the city, despite the pandemic.

City Manager Greg Smith reviewed the many improvements around the city. He particularly noted the Public Library, which is set to reopen in May, and displayed a drawing of what the front of the building will look like.

“What a lot of people don’t know, is that the actual public space for the library is increasing,” Smith said.

In discussing the Public Safety Complex, he said, “We are super excited to get into that this summer, july or august…,” noting the wet weather and the week-long February storm may push the opening to a later date than originally expected.

Smith reviewed the advanced Meter infrastructure (AMI) project, which included the installation of smart water meters for each of the 5,452 residential and commercial customers. He assured those present that the system, which cost $5.8 million, paid for itself during the February storm.

Approximately 50 leaks were repaired by city crews over a 10 day period, 32 in the first five days.

The city is currently in the process of developing a water well on the north side of town. The well, at 1,600 feet deep and capable of 1,000 gallons per minute, will cost is estimated at $3.7 million

“It will actually be the largest and deepest well the city has ever drilled,” Smith said. “Most of our wells are not anywhere near 1,000 gallons a minute, so we are excited to have that as an additional water source.”

The Fleet Replacement Program is designed to replace vehicles on a rotational basis. The program contract not only allows for equipment replacement, but covers maintenance as well. Once the vehicles are sold back, the city profits $3,500 per unit for regular fleet vehicles which are replaced annually. The yearly benefit to the city is $91,000 in profit.

Hubbard stated the Lunch Program, instituted in March 2020 to assist local restaurants which were particularly affected by COVID restrictions, resulted in 261 transactions for $76,808 in sales.

“Most of these happened at our local mom and pop restaurants,” he said.

“In many cases, when we would reimburse a business half of what they paid to feed their employees, they gave that in a form of a tip or additional gratuity to the business.”

The Downtown Redevelopment Program, instituted in the 2021 budget year which began in October, has already resulted in four approved projects, two of which have been completed. The purpose of the program is to provide incentive for business to move into a vacant or underutilized building in the downtown area. The downtown area, for purposes of the program, includes properties from Brookshire’s to City Hall and from the Tomato Bowl to the post office. Businesses which take advantage of the program can be reimbursed up to $50,000 for qualifying improvement and renovation expenses.

Hubbard gave examples of recent business with which JEDCO worked alongside the city council to bring into the Jacksonville Industrial Park, including Zyklus Heat Transfer, Inc., Plastics Holdings and Jacksonville Custom Gutters.

Future developments in the city include a 128-unit apartment complex off the Loop and SH 204, Bealls and an anticipated grocery chain.

The event concluded with the presentation of a $1,000 donation from Performance Services, through the city, to the Jacksonville Education Foundation.

The State of the City presentation was repeated the same evening for the general public.

John O'Byrne Connor of Palacios died December 7, 2020 at the age of 87. He was born November 10, 1933 in Gilmer, Texas to the late Weldon L. and Mary O'Byrne Connor. John was a graduate of Jacksonville High School Class of 1952. He had served our country as a U. S. Marine. After years of coa…