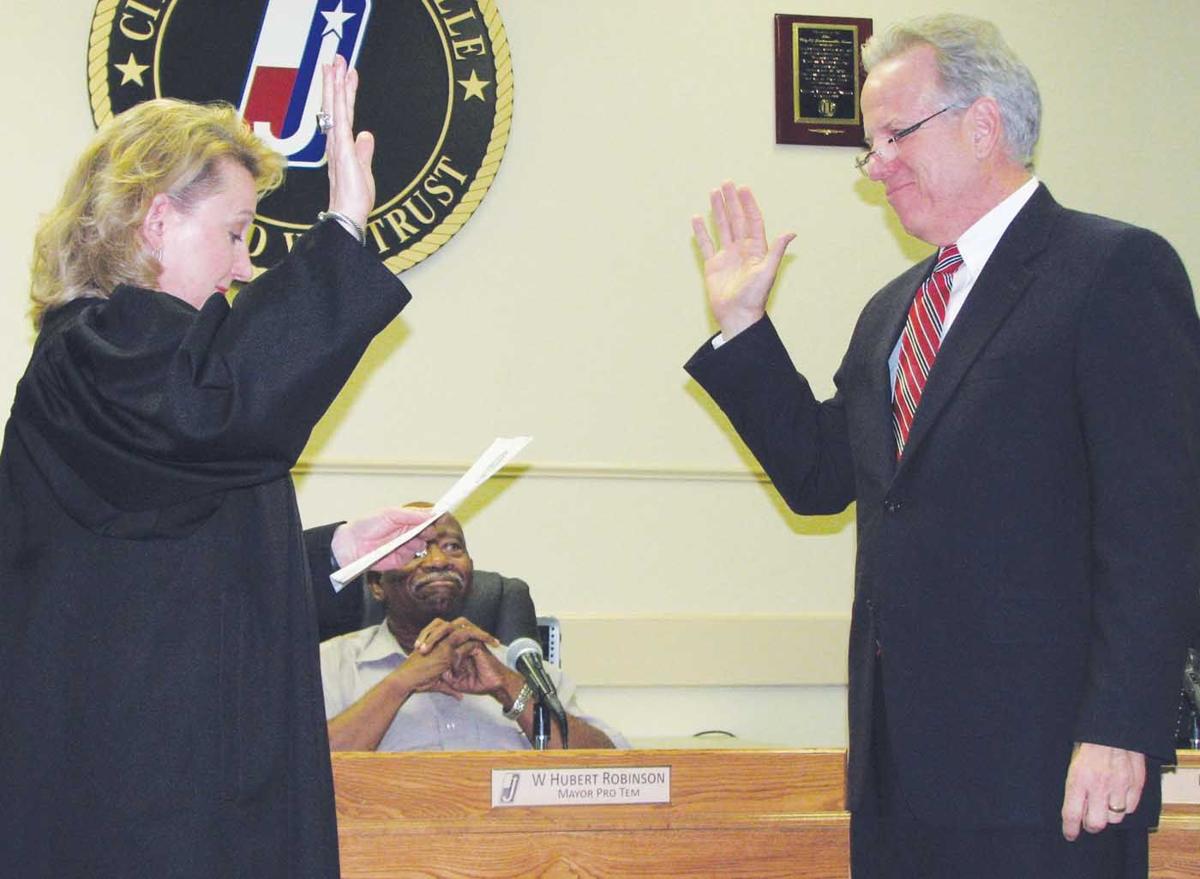 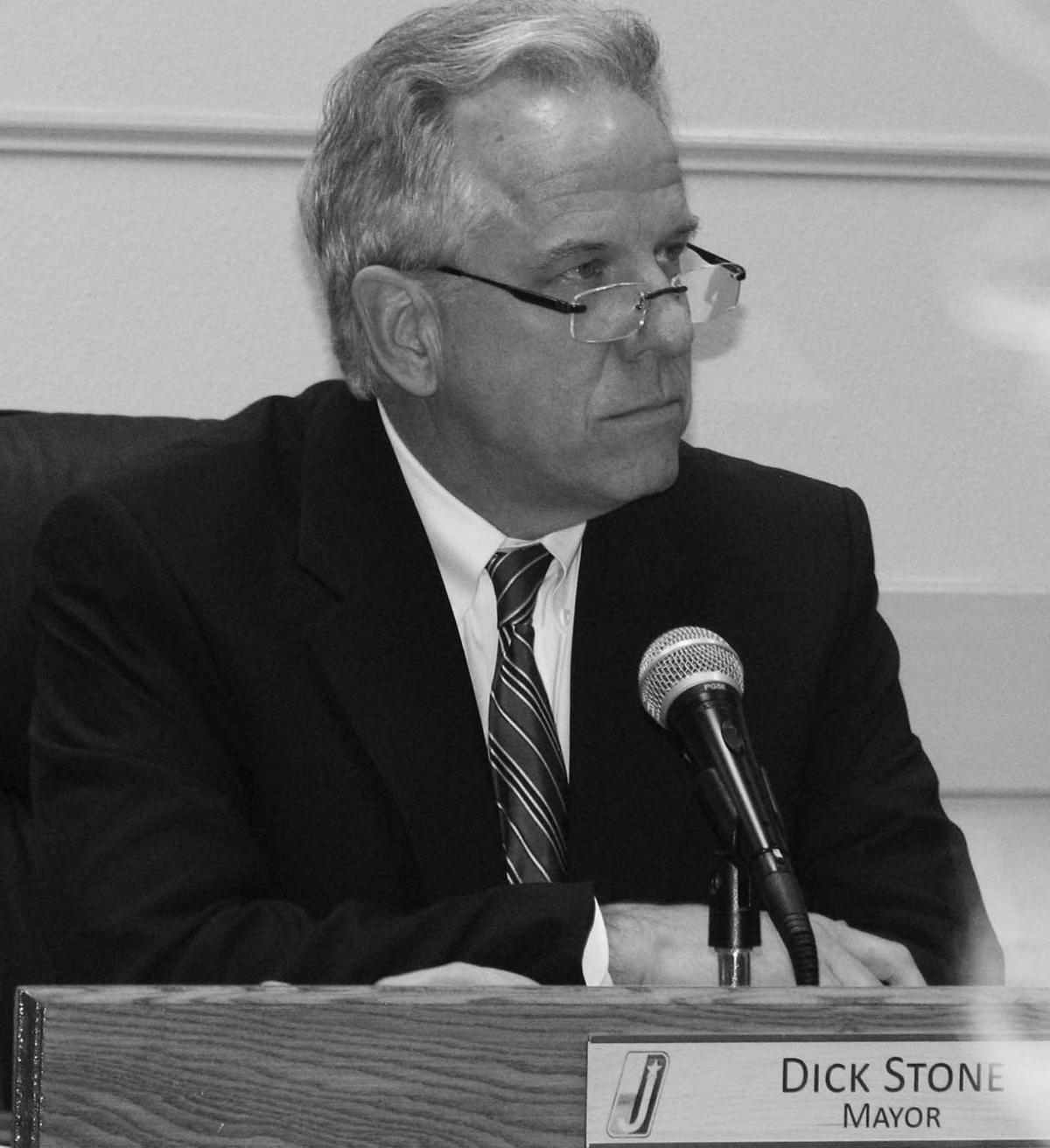 Dick Stone listens to a presentation Monday afternoon about Lake Columbia during his first act of business as the mayor of Jacksonville.

Dick Stone listens to a presentation Monday afternoon about Lake Columbia during his first act of business as the mayor of Jacksonville.

It's not every day an elected city official is sworn into office by his wife – but that is exactly what happened Monday afternoon in Jacksonville.

During a special Jacksonville Council meeting, Dick Stone was sworn in by his his wife, Janice Crosby Stone, who is the Cherokee County court-at-law judge.

The ceremony was performed after canvassing of election results, during which Mayor Pro Tem Hubert Robinson officially announced Stone as receiving 581 votes, Jeff Smith as receiving 186 votes and Pamelia Franklin Adams as receiving 13 votes during the recent mayoral election.

District 2 Councilman Smith made the motion to approve the election results, and newly-elected District 3 Councilman Randy Gorham seconded the motion.

Afterwards, Stone began his reign in the leadership role, with Robinson stepping aside to his District 1 Councilman seat.

Robinson assumed the responsibilities of mayor after the death of Kenneth Melvin in December.

“During this time, I appreciate all the help I've received acting as mayor,” Robinson said. “It was an honor for me, and the whole city has supported me. I'm looking forward to working with the mayor and council to do the job that we're here to do.”

In Stone's first business as mayor, he heard a presentation from Jacksonville Chamber of Commerce representatives Nathan Jones and Kelly Traylor about supporting the Lake Columbia project.

Jones asked the council to write letters of support for the lake, while Traylor noted that after Proposition 6 passed in November, funds were put aside in an account by the state.

He said the state received 40 applications for funding, and 20 were accepted. Lake Columbia was in the top one-third of the applicants.

The letters will be sent to multiple state and federal agencies, Jones said.

“We feel like your endorsement of this is critical,” Jones said. “We feel like this is our best shot to get the lake built.”

The item was added to the specially-called meeting because the deadline for the letters is May 29. The council approved the agenda item unanimously.

In other comments, Jacksonville City Manager Mo Raissi suggested the council form a committee to oversee applications for an engineer to build the new city hall.

District 4 Councilman Arron Swink was not in attendance.