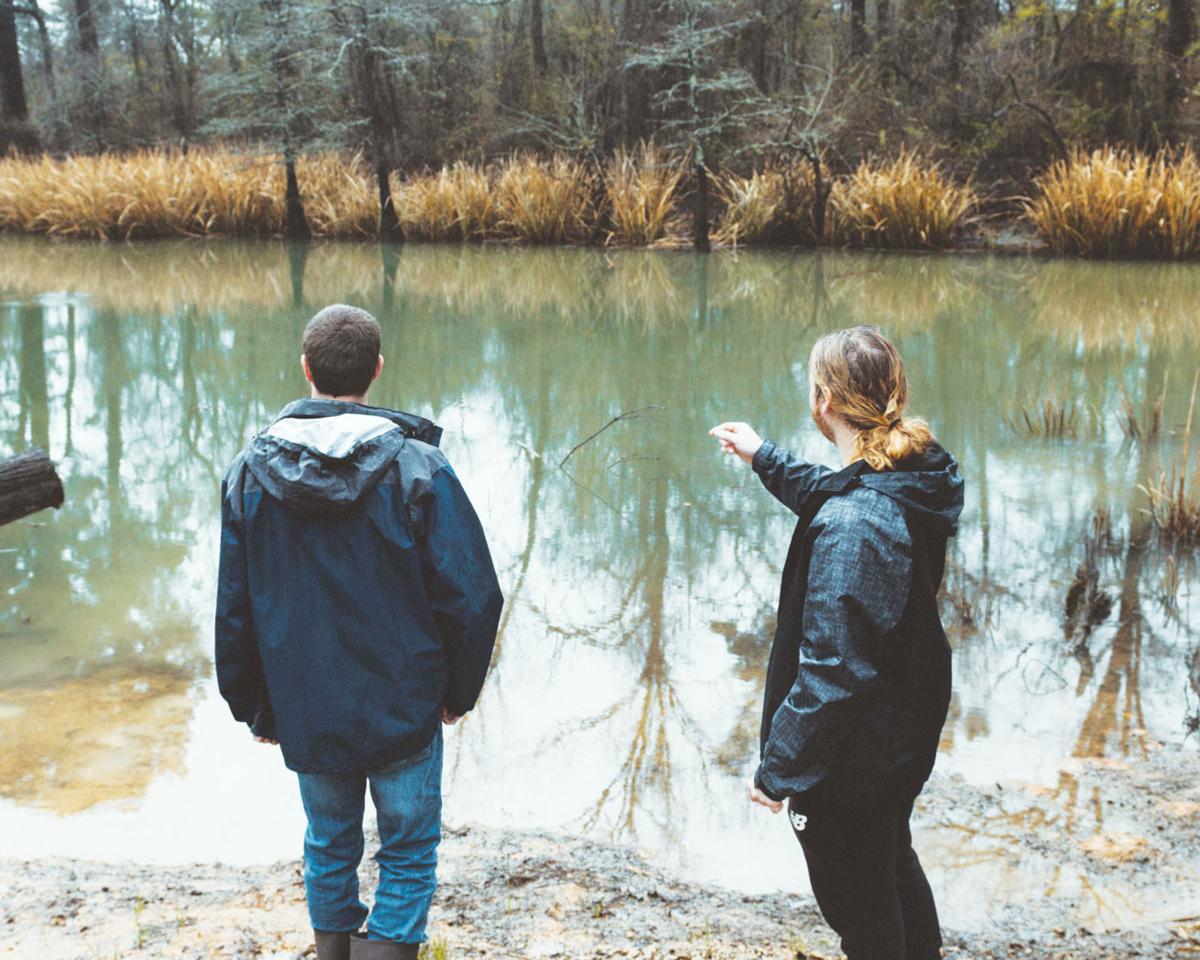 From left, Brackston McKnight and Christian B. Roper look out at Hendricks Lake in Tatum. 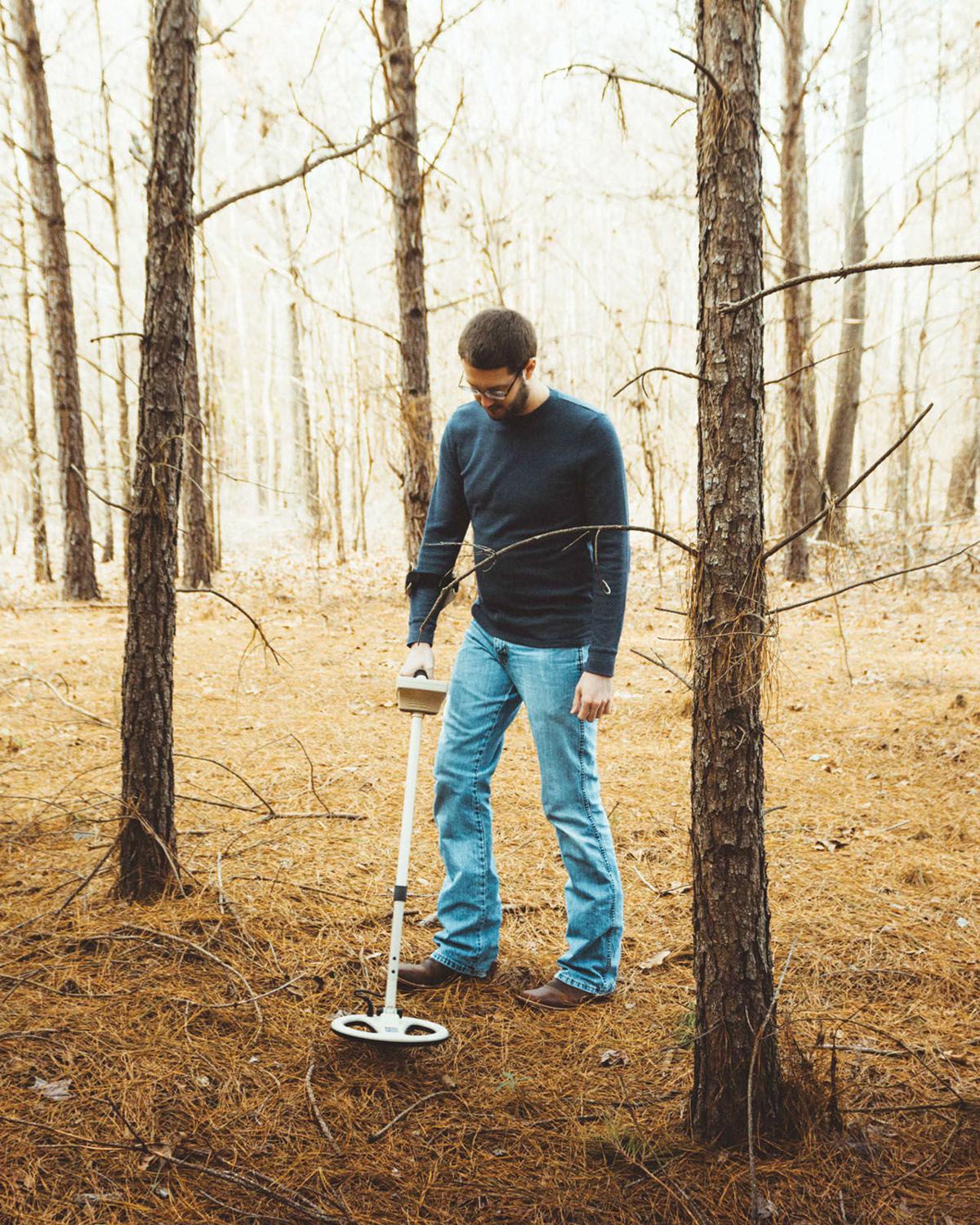 McKnight uses a metal detector in the area near the lake.

From left, Brackston McKnight and Christian B. Roper look out at Hendricks Lake in Tatum.

McKnight uses a metal detector in the area near the lake.

Three Jacksonville High School graduates are diving into a long-ago mystery that involves a pirate, a trader and $2 million worth of silver from Spain.

Christian B. Roper, Brackston McKnight and Ryan Travis, who all graduated in 2014, have been in pre-production since 2018 on a documentary, “Sunken Silver.”

Roper will serve as producer and director of photography; McKnight will be co-producer and head of research; and Travis will be the lead production assistant and podcast coordinator.

The story dates back to 1816 when pirate Jean Lafitte is said to have stolen $2 million in silver from the Santa Rosa.

The Santa Rosa was a Spanish ship located off the coast of Texas. Lafitte's men are said to have loaded the silver into wagons and given them to a trader named Nicholas Trammel to take to St. Louis. However, the Spanish Army caught up with the smugglers, and the wagons were hidden in a body of water in East Texas. According to the legend, Hendricks Lake in Tatum was where the silver was hidden.

Roper said there have been several multi-million dollar searches of the lake, but many have never sought anything other than the treasure. He added that various wagon parts have been recovered in the lake in past years.

“That's where we felt we could re-open the case by examining the other parts of the legend – the ship, the relationship (if any) between Lafitte and Trammel, and the military records that could detail the location of the skirmish,” Roper said.

He said he, McKnight and Travis plan to tell audiences that the ship did exist, and during the time period of 1816. They also have documentation from Spanish ship records from that period, he said.

The trio also want to look at how the tale of lost treasure affected people who couldn't resist looking for the loot.

These are the stories Roper is hoping to tell.

“Universities, revered treasure hunters and local men all had their part in this story, but they’ve largely been forgotten. This film hopes to share those incredible stories while also posing the question, what if these men were truly onto something?” Roper asked.

The “Sunken Silver” team is working in conjunction with East Texas historian Gary L. Pinkerton, who has written several articles on Hendricks Lake and its history.

Pinkerton is the author of “Trammel’s Trace: The First Road to Texas from the North.” He is the author of a new book coming out later this month called, “True Believers: Treasure Hunters at Hendricks Lake.”

Roper said using Pinkerton's research along with the new information they discover, the documentary is certain to not get anything incorrect. Roper added that the film is not based on the book, but they will both feature some of the same searchers.

The Jacksonville natives are seeking community help via crowdfunding to finish their documentary film with the goal of getting statewide attention and worldwide online audiences.

To contribute to the film and to learn more about the film, filmmakers and the book, visit www.sunkensilver.com.