Photos including Stuart McAnally, World War II veteran, and other mementos are shown on a table at his home. 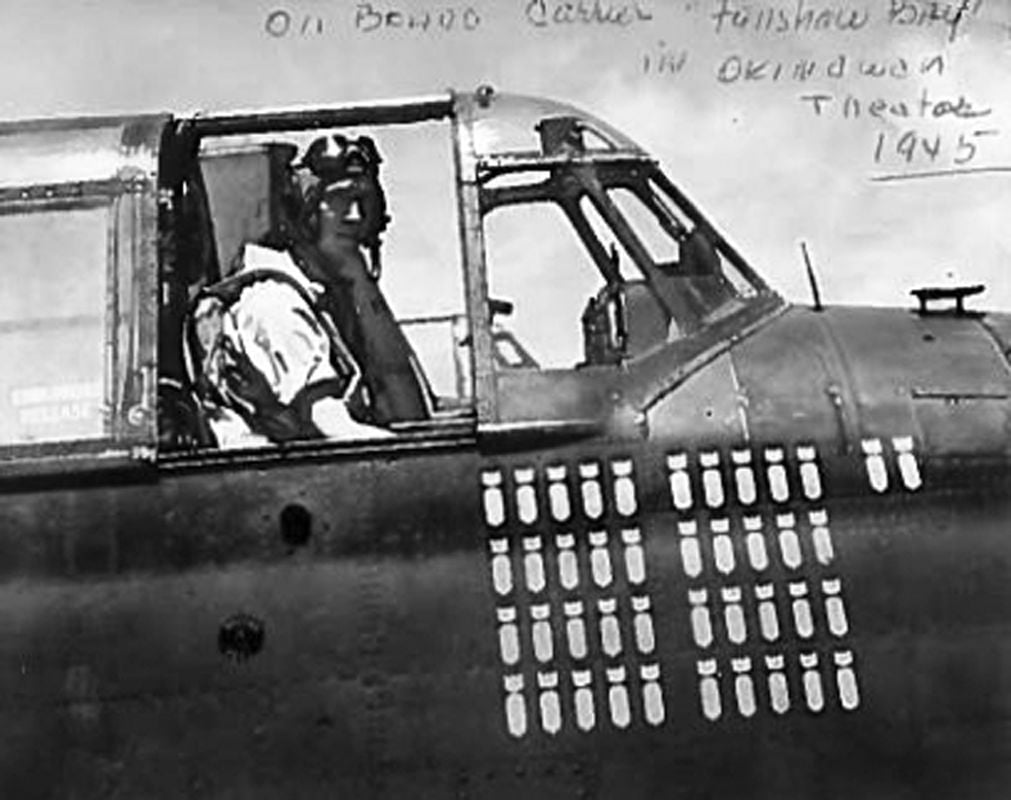 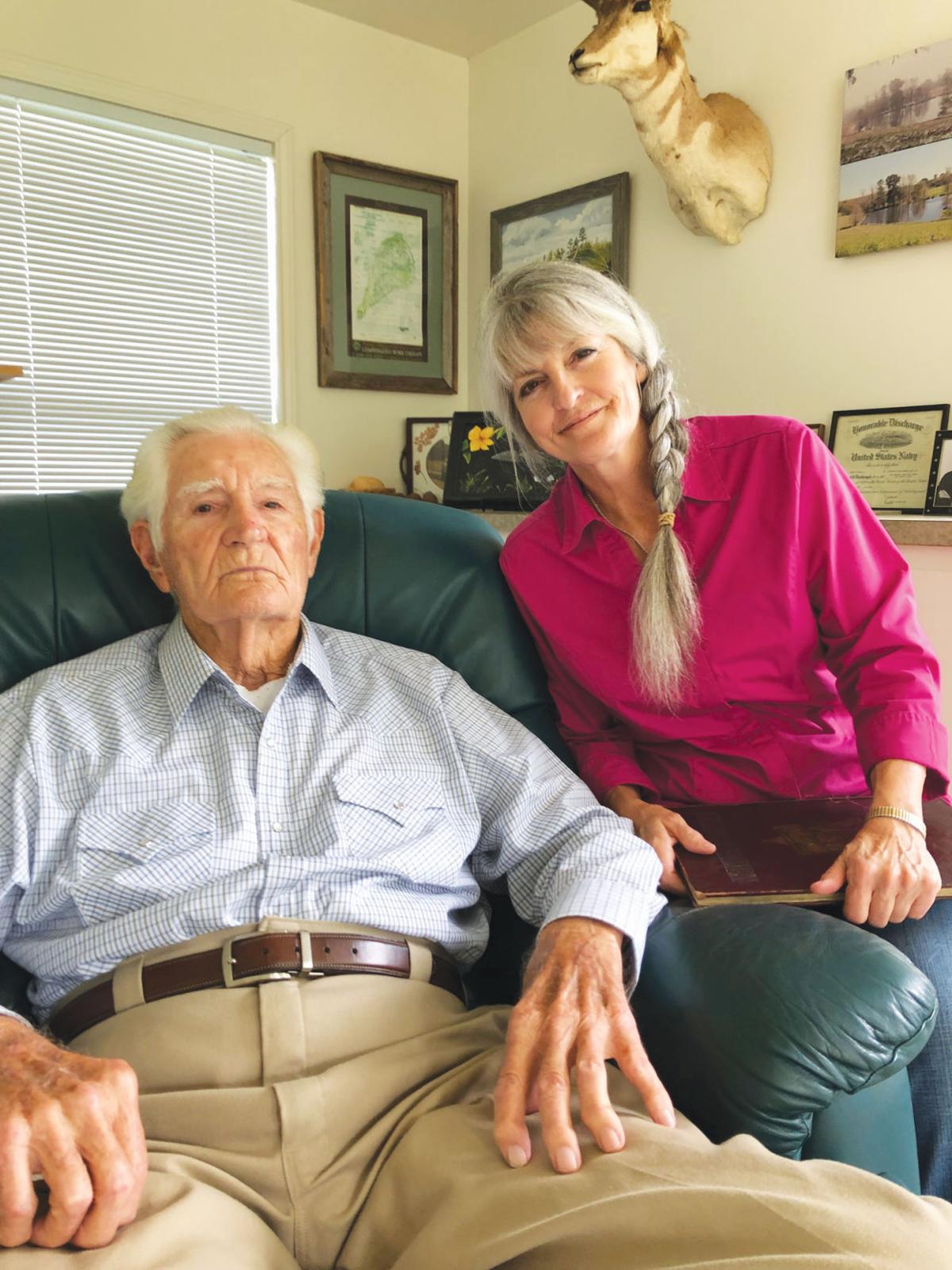 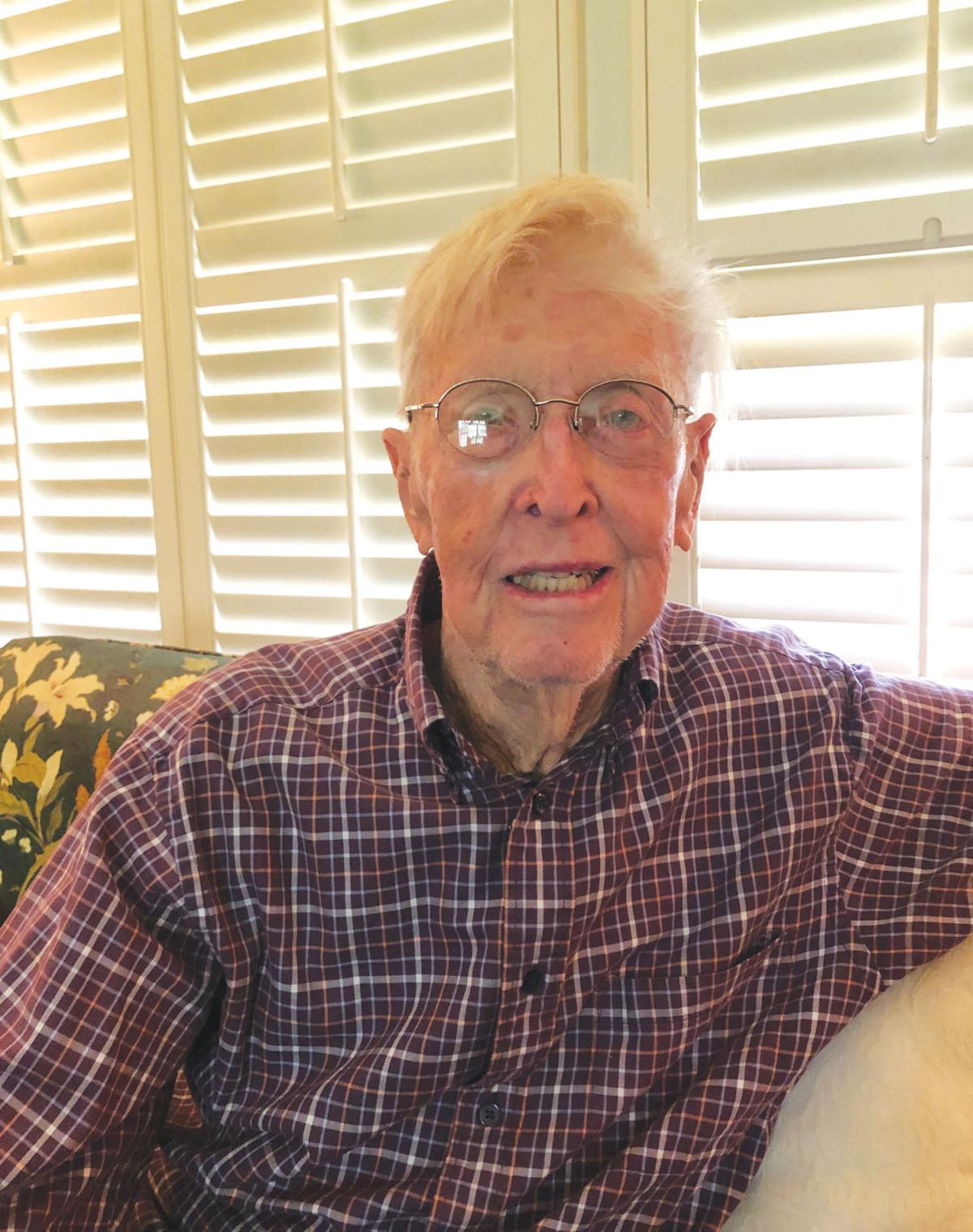 Photos including Stuart McAnally, World War II veteran, and other mementos are shown on a table at his home.

“Every day, memories of World War II – its sights and sounds, its terrors and triumphs – disappear. Yielding to the inalterable process of aging, the men and women who fought and won the great conflict are now in their late 80s and 90s. … According to U.S. Department of Veterans Affairs statistics, 496,777 of the 16 million Americans who served in World War II (were) alive in 2018.” – National WWII Museum, New Orleans

Editor’s Note: Six of Jacksonville’s World War II-era veterans share their stories with readers as part of a special project between the City of Jacksonville and the Jacksonville Progress. These men served in the thick of battle, as well as behind the lines and after the war. We thank them and salute them for their service to the country.

The American Flag was raised atop Iwo Jima’s Mount Suribachi on Feb. 23, 1945. The image is an iconic one, as are the stories of soldiers such as Pima Native American Ira Hayes.

To Jacksonville’s Stuart McAnally, watching that historic moment from the beach meant something very different.

Preparing to turn 96 in August, McAnally then was a Seabee in the 31st Naval Construction Battalion tasked with clearing the beaches for further landing craft after initial waves of infantry had landed. “They raised the Flag on the fifth day, and I saw it go up,” he said. “I knew that we would quit receiving fire off Suribachi because our guys had managed to take it.”

At age 18 in 1943, McAnally received a deferment which at least temporary delayed his being drafted but, felt obligated to volunteer after many of his friends did so. After training, in December 1944, he departed Hawaii’s Pearl Harbor on a large tank landing ship – called an LST – without being informed where they were headed. He recalls the trip being solemn, slow and turbulent … achieving a max speed of around eight knots-per-hour and constant rocking due to a flat-bottom.

After two months, the ship arrived in Saipan, in the Northern Marina Islands. The 31st Seabees were informed of the upcoming invasion of Iwo Jima and their mission to fix an airstrip allowing U.S. fighters to land on the island.

Arriving off Iwo Jima’s shores during heavy bombardment of the island, troops heard Tokyo Rose over the radio, teasing the Americans that their bombardment would have little effect due to the Japanese being underground. She was dismissed as propaganda.

McAnally recalled the “fireworks” of the bombardment, as well as the first wave of Marines, which initially did not elicit a response from the Japanese. They waited patiently, and by the time the second wave arrived, they had revealed themselves, causing mass casualties.

“When we saw the wounded being returned to the ships from the shore, we knew we weren’t in for a picnic,” he said.

During momentary pauses in fighting, the men would remove the bodies of their fallen brothers and place them, covered, in a more secure location so the troops could move their equipment without disturbing them, McAnally noted.

Unexpected terrain – he recalled the instability of the volcanic ash-like sand on the beaches – created problems for the troops as they moved their equipment and ammunition onto the island, prompting a call for assistance.

By the third morning, McAnally’s platoon landed on the beach under fire, their mission changed to clearing the beaches resulting from the

By the platoon's second day onsite, the beaches were cleared of equipment and the men dug in. The flag -raising meant to them – for the time being, at least – they were no longer vulnerable to shells from Suribachi.

When people see the iconic photo of the flag-raising at Mount Suribuchi, they don't realize the troops' action “was a costly thing … nearly everybody involved was either killed or wounded,” he said.

It would take another two months before the island was finally secure, and his platoon could finally leave their foxholes to build the tent cities, giving the U.S. a foothold for attacking the Japanese mainland. McAnally also was among the first troops to be sent to Japan after its surrender.

For a quarter-century following the war, McAnally had nightmares about his experience and did not watch any movies on the topic or openly discuss it, but he said this gradually tapered off.

Still, he is not comfortable with being referred to as a hero.

“War is a terrible thing,” he said. “Those guys that didn’t come back or came back with missing body parts, they are the heroes. I just did what I had to do.”

Every step outside their foxholes was a chance with death

Young Jimmy Hines was earning a degree at Sam Houston State University during the attack on Pearl Harbor.

Hines, who turns 97 in October, said he soon applied for the Naval Air Force and was rejected at first for color blindness.

Deciding not to give up, he applied at a different location. It was there, during another crucial vision test in which he could not give a correct answer on a question, a fellow recruit behind him quietly hinted the correct answer.

Hines passed the exams and was accepted into the service, training in Oklahoma, California, Kansas, Corpus Christi and Florida prior to earning his Naval Aviator wings.

The next step for Hines was operational training, becoming a deadly torpedo bomber flying a Grumman TBF Avenger. The plane was bigger and faster than its Japanese counterpart, the Nakajima B5N Kate; it carried a larger payload and was able to fly higher and for longer distances. However, it was at a disadvantage in dogfights with more agile planes.

Hines and his Avenger boarded the USS Fanshaw Bay aircraft carrier and headed for the East China Sea. Hines' first action in the Pacific Theatre was the Battle for Okinawa Island, a key engagement strategically important for the U.S.’s planned invasion of the Japanese mainland.

His primary mission was providing air support by bombing the island’s caves of troops and supplies. This mission tended to change, however, and among his happiest moments was flying in and dropping supplies for a platoon of Marines which had gotten into a bind.

Referred to as the ‘typhoon of steel,’ the Battle of Okinawa was the largest amphibious assault in the Pacific Theatre of the War.

Hines remained stationed near Okinawa for the remainder of the war and, was awarded the Distinguished Flying Cross for his actions, awarded for “heroism or extraordinary achievement while participating in an aerial flight.”

After the war, he eventually started a business and found his way to Jacksonville, prior to becoming an accounting and typing teacher at Jacksonville High School for a quarter-century.