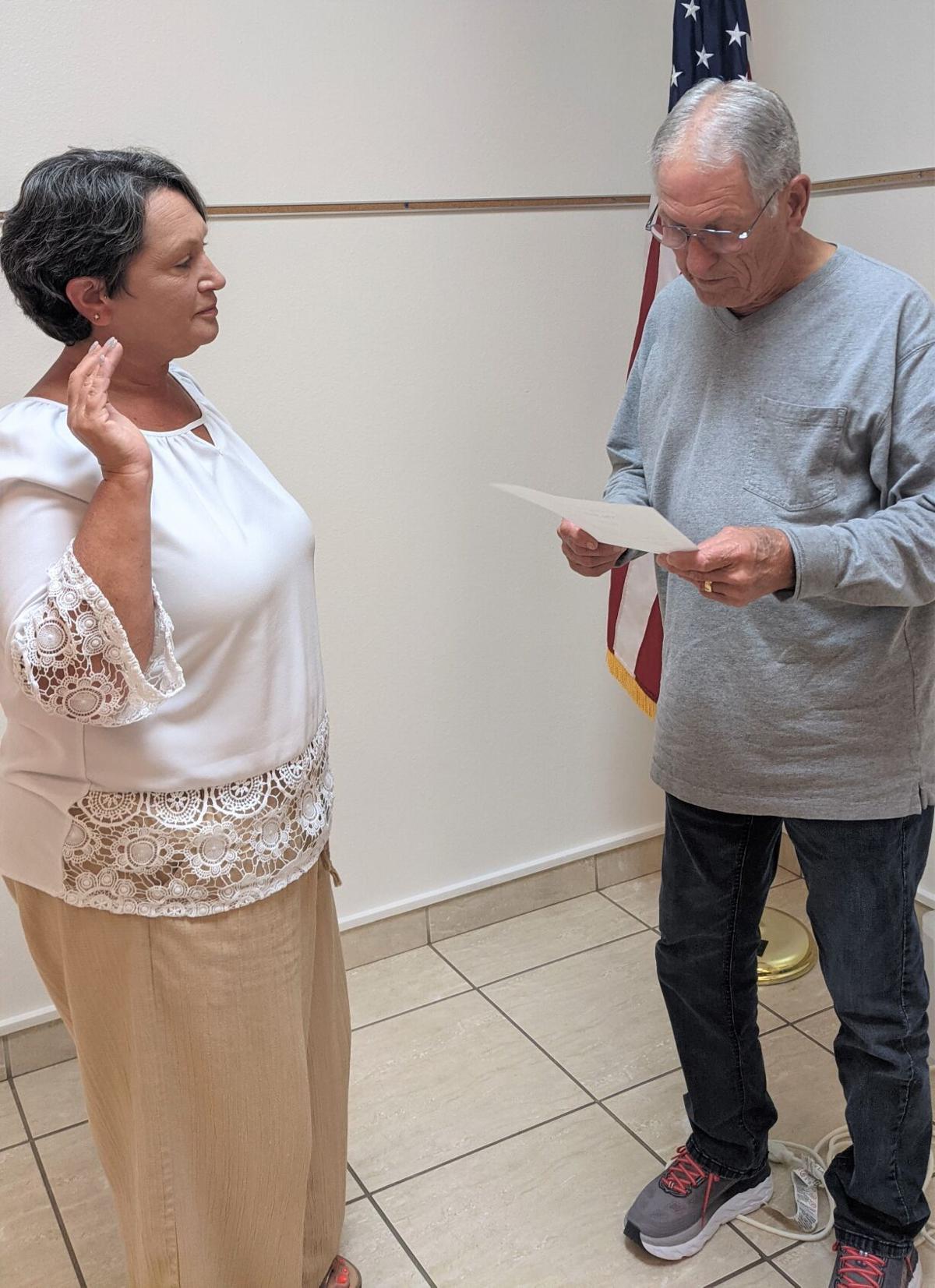 Fielding Winchester is sworn in as Place 5 Councilman during the July 19 meeting of the Troup city council. 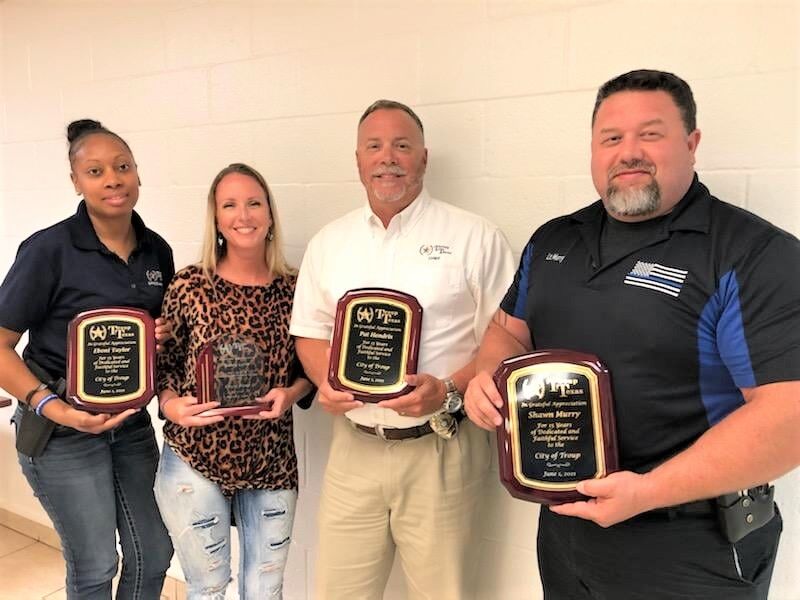 Fielding Winchester is sworn in as Place 5 Councilman during the July 19 meeting of the Troup city council.

The city of Troup has received a $500,000 Downtown Revitalization grant for the lighting and sidewalks adjacent to the library, city hall and across the street in front of the old Troup Bank and Trust Property and northward to East Bradford Street. City Manager Gene Cottle, at the July 19 city council meeting, reported the engineer is in the final stages of design work for this project. This will be the next phase of the downtown revitalization project that has already included new sidewalks and lighting along both sides of West Duval Street.

The Texas Department of Agriculture released the preliminary scoring on a $350,00 grant for which the city has applied. The East Texas Council of Government’s region, of which Troup is a part, is receiving a $4,320,108 allocation. The preliminary scoring placed Troup’s project, replacing portions of the sewage collection system, as sixth among the 30 applicants, indicating a likelihood that Troup’s application will receive funding.

A report on the American Rescue Plan Act was received by council. The report indicated a total of $506,474.48 in funds will be allocated to the city of Troup. The first half to be paid once the application is verified by the Texas Department Emergency Management and the U.S. Treasury. The remaining half will be paid 12 months later. The money must be encumbered, specifically designated, by the end of 2024 and completely spent by the end of 2026.

The council also discussed the city budget for the fiscal year 2021-2022. The appraisal districts must release their final appraisal valuations by Aug. 7, after which council will be able to propose a tax rate. Appropriate notices will be published regarding a public hearing before a tax rate is adopted.

To view the proposed 2021-2022 city budget, visit trouptx.com and choose the appropriate tab under City Government.

The city of Troup also received the audit report by Acker and Company which gave the city an unmodified, or clean, opinion, the highest available designation.

Regarding action items, the council approved the following:

• Minutes from the previous meeting;

• The monthly financial report from the city manager;

• A pipeline permit application from Sabine Oil and Gas, a company previously approved for a drilling permit; and

• A structural engineering services contract with Dietz Engineers LLC, for repairs to be done at the post office.

Fielding Winchester was sworn in as Place 5 Councilman and city employees were presented their years of service awards. Those serving for 15 years are Police Chief Pat Hendrix, Lt. Shawn Murry and Officer Eboni Taylor. City Administrative Clerk Lauren Terry was recognized for her 10 years with the city.

It was announced that a Community Gathering was planned for 1-8 p.m. Saturday, July 25, at Short Street Park. The event will feature food, music, a bounce house and other activities, all provided free of charge.