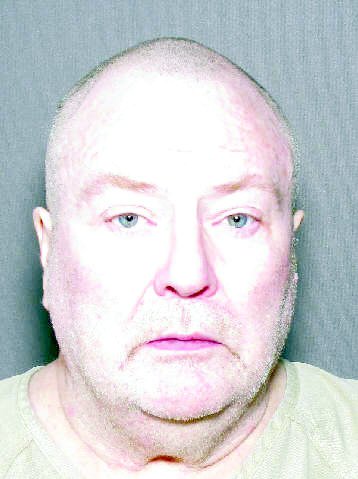 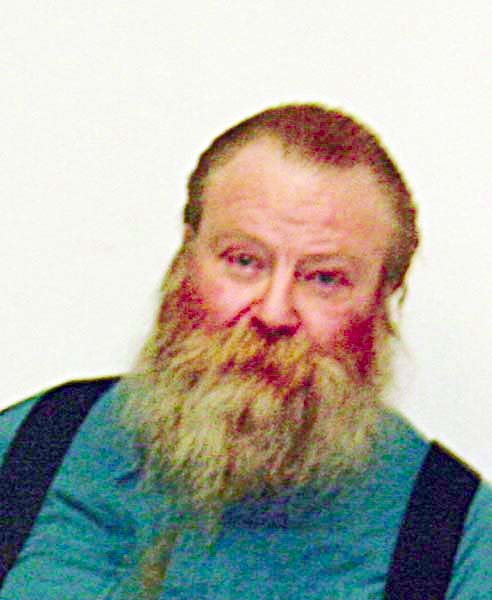 Those are the many faces of Robert Fox.

Fox, aka Robert Nicholas Fotti, turned 64 Tuesday in the Bradshaw State Jail Facility in Rusk County, where he currently is serving a one-year sentence  on a felony charge of tampering with a governmental record. He is an alleged member of  the sovereign citizen and the House of Israel, both out of Jacksonville.

Fox's presence in Jacksonville over the years has caused law enforcement no small amount of anxiety. Police Chief Reece Daniel, in particular, is wary of the self-styled “sovereign citizens” movement of which Fox is believed to be a part. These “citizens” are alleged to have been part of the House of Israel and refuse to recognize proceedings or statutes at any level of American government. Additionally, their adherence to “natural law” prevents them from subscribing to notions of taxation or even U.S. currency, officials say.

Fox, however, continues to insist the House of Israel is only a Bible study group.

But, who is Robert Fox, really? Trying to get a bead on his personality is like trying to thread a moving needle. He is many things to many people.

Despite allegedly becoming a huge figure to believers in “the Patriot Community” and the Republic of Texas,  Fox denied any affiliation with them during an interview at Bradshaw State Jail .

“I may know Democrats, Republicans, Libertarians, even Republic of Texas people,” Fox said. “I know all kinds of people; people know me from coast to coast. But, I am non-political. I have no voters registration, I have no membership in any Republican Party, Democratic Party, Republic of Texas, Libertarian, Sovereign Citizen, none of it. I have no membership in any of those organizations.”

Authorities believe Fox was more “minister” than member in the House of Israel and actively worked to help  former dentist Barry Brooks establish it. Police contend the House of Israel was not as much a prayer group as  a shelter for fugitives and a secret haven for a guild of the Sovereign Citizens movement.

It was located on Main Street in Jacksonville at an address that also housed Brooks' dental practice. When Robert Fox affiliated with the group, authorities believe he added his prison ministry, the Matthew 25 Mission, to it.

The true face of  the House of Israel became apparent during three raids by authorities in the late 2000s. Authorities discovered drugs and  racist, anti-Semitic, neo-Confederate and antigovernment materials — including publications and videotapes describing Oklahoma City bombers Timothy McVeigh and Terry Nichols as patriots.

Despite the fact Fox already is set to be deported to Canada after he serves his sentence, Chief Daniel continuously has implored the Department of Homeland Security to deport Fox sooner rather than later.

“Quite frankly, I feel that a resident alien who entered this country illegally to escape justice and then changed his name in order to gain amnesty and then embarked on a lifelong crusade against our Constitutional laws should be deportable,” Daniel wrote in a letter to Secretary Janet Napolitano of the Department of Homeland Security.

As an example of the potential danger,  Daniel referenced the the February 2010 Austin suicide attack in which Andrew Joseph Stack III crashed the Piper Dakota he was flying into an Austin IRS field of office, killing himself and an Internal Revenue Service manager and injuring 13 others.

Daniel's letter specified that the Jacksonville Police Department has arrested various associates of Fox, including Stephen Jackson on a federal firearms warrant; and David Baugh on a parole violation warrant out of Missouri.

Fox, meanwhile, is still wanted in Canada for the part he played in Easter Sunday 1977 traffic deaths of a father and son. Fox was sentenced to nine months in jail for dangerous driving (manslaughter in our legal system) but vanished, then illegally entered the U.S. and took advantage of an amnesty program. He changed his name to Robert Fox in an attempt to escape capture and thwart his return to Canada.

“He still is wanted for driving dangerously,” the constable said. “What I can see there is a country-wide warrant for him still. That warrant is still very active.”

In his Bradshaw State Jail interview, Fox consented to audio taping but refused to allow his image to be filmed. His well-known long hair and beard has been trimmed by authorities. Fox also contends that during his time in jail, he has suffered multiple heart attacks and congestive heart failure.

Although he consented to be interviewed, Fox described the last Jacksonville Daily Progress story about his sentencing as “lies and falsification,” and also alleged he is in the process of “being murdered” by jail and Jacksonville authorities.

"There's a distinct possibility I will not survive this ordeal," Fox said.

During the interview, he appeared logy and tired — almost as if he were on medication. His answers to questions of affiliation were sometimes contradictory.

“The fact of the matter is, I didn't start the House of Israel. The House of Israel is in the Bible,” Fox said. " … I was invited there by Dr. Brooks and there were people already there and we studied the Bible together you know? With the intent to do right. So that's what we did.”

Despite denying connections with any organization other than the House of Israel, Fox expressed great respect and affection for former dentist and House of Israel founder Barry Brooks.

“Dr. Brooks walks a closer path with our savior than anyone I know,” Fox said.

Barry Brooks, reached at his home in Kemp Friday, had nothing but good things to say about Fox —  and the future of the House of Israel.

“He is a very big-hearted minister of the Lord, or follower of the Lord,” Brooks said. “And when I say 'the Lord,' I'm talking about Jesus the Christ.”

Brooks said Fox briefly talked about his car accident that killed the two people, but never to any long extent.

“It was very rare he talked about it,” he said. “Most of what happened came out at his trial. I do know he sought asylum and was granted it. So the U.S. was not trying to sent him back to Canada, at least early on.”

Brooks said despite the legal troubles, the House of Israel continues to act as a ministry, although it does not have a set member list and primary involved home church and Bible ministry.

“We have people who attend and we don't have membership roll,” he said. “We still have a lot of Bible study. As we understand it, you can't really separate God's law from the Christian walk, so it was a combination.”

Brooks himself served a couple of years in federal prison starting in 2002 for what he described as an “income tax problem.” He was later sentenced to eight years in state prison for practicing dentistry without a license but only served three before he was paroled. He is still on parole.

Brooks said he deliberately relinquished his dentist license in 2000 because “it applies to corporations. It doesn't apply to free men.”

One prominent member of the Republic of Texas who knows Fox is its self styled ambassador, Richard McClaren, who is serving the 16th year of a 99-year sentence for the part he played in a 1997 standoff with state and local authorities in the Davis Mountains after he and his followers kidnapped two neighbors at gunpoint.

“I've heard of the name,” McLaren said. “He sounds like somebody who was involved with us.”

McLaren said talking about Fox brings back memories of the heyday of the Republic of Texas — when it was just one movement with no splinter factions, people of all races involved and liberty abounding.

“Everybody wants their liberty back,” he said. “They don't want to be enslaved by massive government. That's the problem. Everything is out of control. …. I remember him (Fox). He used to come to a lot of meetings.”

In a Jan. 14 email, reader Neal Davis said he is convinced Fox is a living legend in the patriot community who is fighting the good fight.

“There are hundreds of thousands if not in the low millions of people that are trying to get control of this out of control government,” Davis wrote. “The media portrays the Sovereign Citizen movement as a bunch of nuts but we are instead a group of people that have studied the laws and court decisions and can see that something is wrong. We are vilified by the people we are trying to protect.”

Davis said the battle is extremely valid in a day and age in which the legal system is out of control.

“We are fighting against a corrupt organization and are good people we need all the help we can get,” he said. “Robert Fox is a good man and not a threat to anyone but the corrupt government. Please do what you can for Robert Fox."

A designated website, meanwhile, has for several years been posting an urgent plea to get help to free Fox, described as an “American Patriot.”

“He is a good man, an honest peace loving man and a patriot,” the message said. “Robert has dedicated his life to restoring truth ad integrity in the judicial system an all political offices. And for the restoration the constitution and the he rights of all Americans. … Robert needs our help, yours and mine.”

Not everyone agrees. In an unsigned, Dec. 30, by a reader identifying him or herself as a Rusk resident described Fox's “heroics” as a complete sham.

“Fox is not part of any 'movement' other than his bowels in the morning,” the reader stated. “He claims to get his rights from 'God,' therefore he is a 'sovereign' being. I have spoken to him. He has no affiliation with the Republic of Texas, other than an unwillingness to voluntarily pay taxes – and obviously to his detriment. There's no telling where he gets his harmless biblical diatribe.”

He said the officials who put Fox away, not Fox himself, are the dangerous ones.

“Fox is the type of person you ignore,” the reader said.

But it appears Fox will not be ignored. As far as his impending deportation is concerned. Fox — who routinely calls Chief Daniel a “super liar” —  said he isn't really that concerned.

“Even the feds tried twice and Rockwall County tried once,” Fox said. “Here's the deal on that: You notice I'm still here.”