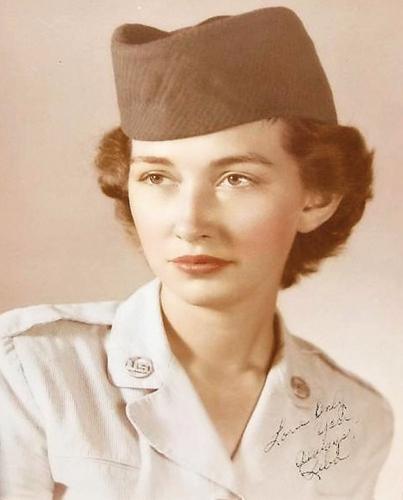 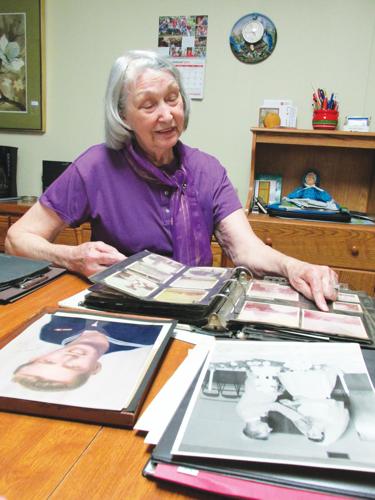 Reba during interview at her home in Reklaw as she shared stories while looking through her scrapbook.

Reba during interview at her home in Reklaw as she shared stories while looking through her scrapbook.

During WWII, it took the efforts of everyone to beat back the aggressors. Women were indispensable in this cause. They would tackle many jobs, determined to do whatever was necessary to help as men were recruited for combat duty and sent overseas.

Six million women began working at manufacturing plants and would continue to do so as ships and planes were readied for battle. Later, as the War ended, the manufacturing needs were still present. Women had proved their worth and continued to make a difference.

Reba Wick was one of these women.

Recently during interviews at her home in Reklaw, she shared her story.

Born June 7, 1934, in Corsicana, Reba entered the first grade at Rusk, Texas. Later she moved to San Diego to live with her grandparents and would graduate from San Diego High School in 1952.

As a sheet metal machine operator for Rohr, Reba made parts for B52s.

During the same time she enrolled in night classes at a local junior college. She explained her daily schedule, “I took book keeping and math classes…then went to work at Rohr, working from 11 p.m. to 7 a.m. in the morning…I operated a ban saw and a jig saw, as well.”

“You got paid a different salary for different jobs. The band and jig saw workers got paid more than line workers. I had to convince them I could do the job. I challenged them to let me try. At first they said ‘No’, it was a man’s job…but soon they realized because of my height and strength I could do the job well. Some of the parts for the B52 Aircraft were large, so it took strength to handle them.”

Getting that job is evidence that Reba was truly a trail blazer.

Next Reba explained her transition to the military, “I worked at Rohr until I joined the Air Force. I had been making $84 a week at Rohr Aircraft Factory…my pay in the Air Force was $82 a month…”

Like many during the War years, Reba married young…“Bob and I married Sept. 3, 1955, at Chula Vista, in the Baptist Church where my aunt and uncle were married…we went to Mission Beach for a 3-day honeymoon.” She continued with a smile, “We married on Labor Day weekend so we’d always have a three-day anniversary…Bob was still in the Navy at this point, later he would join the Air Force…I stayed in the military for 2 years until January 1956…then traveled the world with my husband as he pursed his military career.”

During the interviews, Reba highlighted two other women from Reklaw who served. “Theda Rae McKnight McGee and Reba Parnell Bradshaw actually served during WWII…they were pilots. They flew new planes from stateside to Germany and the War front. And then when they returned, they would fly the crippled and damaged planes to stateside for repairs. Listening to their stories over the years always gave me chill bumps…” Reba said emotionally.

“Imagine,” she continued, “these young girls, flying those damaged planes back to stateside across the vast ocean! “

These two Reklaw women trained at Sweetwater Army Air Field, better known as Avenger Field, a WWII training base for US Army Air Force. A notable point in history was February 21, 1943, when the first trainees of the Women’s Airforce Service Pilots (WASPs) arrived at Sweetwater. This experiment had its opponents, such as Commanding General Henry "Hap" Arnold. Later, he would gladly admit, “...it is now on record that women can fly as well as men…”

Approximately 1,000 young women, trained at Sweetwater, all civilian volunteers. They flew almost every type of military aircraft — including the B-26 and B-29 bombers — as part of the WASP program.

We owe much to the Sweetwater pilots and to all women who have served. Reba proudly told of her daughter, Paula, who served seven years in the Air Force and became a Registered Nurse. And of a granddaughter who joined the Army and served at various bases, including a year in Korea.

Looking back, one realizes women did their part in so many ways. During the War, many women stayed home; showed their commitment and endurance by spearheading drives to sell war bonds and by supporting the Red Cross and USO.

Now we know, women in Cherokee County built parts for B52s, while others became pilots.

(Note: The Jacksonville Chapter of the Daughters of the American Revolution, Major Thaddeus Beall, along with Julianne Sanford and the Lone Star Military Resource Group has been collecting stories of Women Who Served in any era or in any position. If you have stories to share contact Deborah Burkett at 903-752-7850 or debbietroup7@yahoo.com or email Julianne Sanford at cjsan06@aol.com