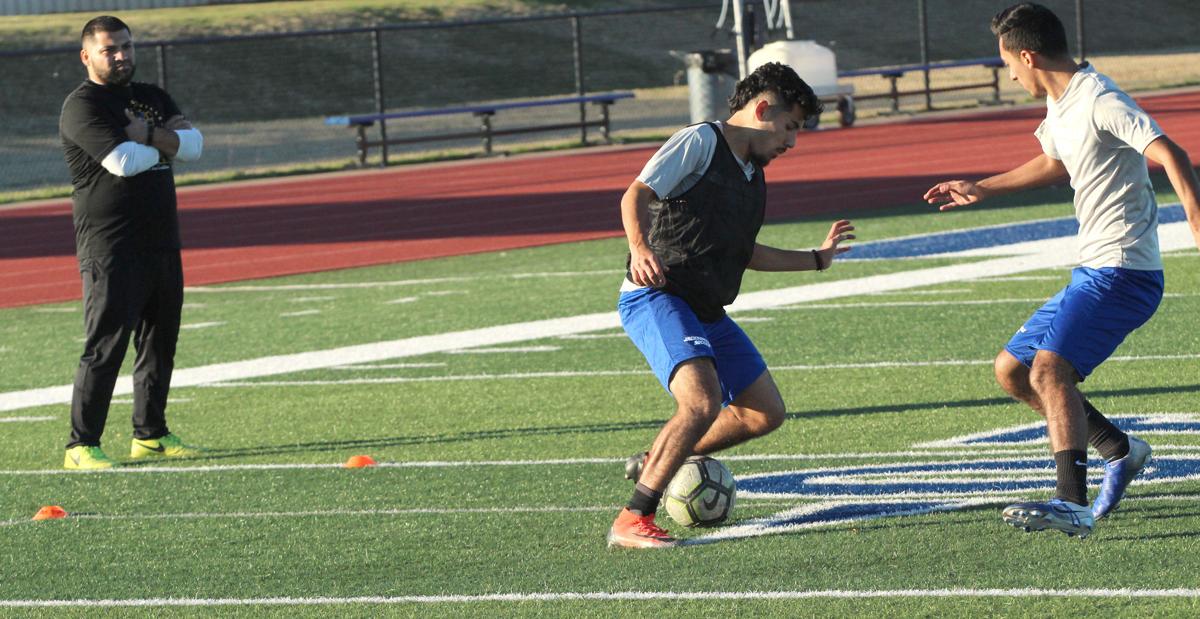 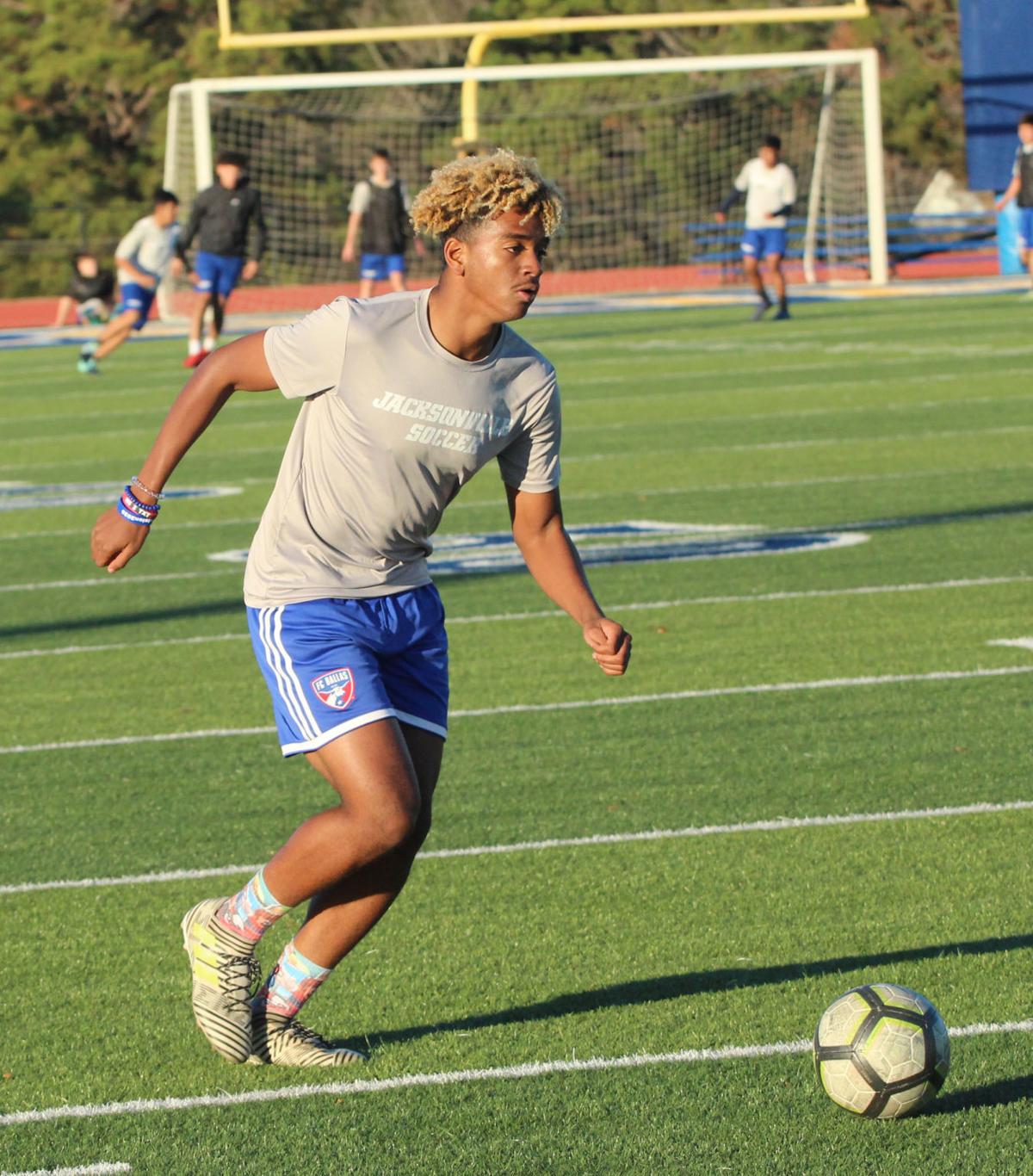 Jaylon Freeney, an all-state selection, works the field. He led the Jacksonville team as last year’s district player of the year.

Jaylon Freeney, an all-state selection, works the field. He led the Jacksonville team as last year’s district player of the year.

It has often been said that high school sports are just a series of peaks and valleys.

If that is true, the Jacksonville Tribe soccer team seems to be perched on a pinnacle.

After finishing 25-5 in 2019 and advancing all the way to the regional tournament, the Tribe return a rock-solid nucleus for the new season ahead.

“This is basically the same that I had three years ago that was extremely young and very inexperienced,” Jacksonville head boys soccer coach Rudy Jaramillo said. “They turned the corner last year and proved to be one of the better teams in the region. Those freshmen and sophomores from three years ago are now juniors and seniors, and they have grown and they are much more experienced.”

With that said, Jaramillo realizes championships are won on the pitch, not on paper. “

Each year is like starting over, regardless,” Jaramillo, a former Jacksonville soccer standout himself, said. “There is usually a different dynamic from year to year with the different kids. We still have to put everything together, but it is much easier to do that when most of your kids have two or three seasons of varsity experience under their belts.”

Leading the Jacksonville cast is last year's district player of the year and an all-state selection, Jaylon Freeney, who is a fleet-footed senior forward.

Martin Escareno, who was promoted from the junior varsity team in mid-season last year, is also back. Escareno proved to be a scoring threat last year and should be even better this season.

The Tribe also return their entire defense from last season, according to Jaramillo.

The Tribe will enjoy the services of senior Rafael Calvillo, or junior Juan Hernandez in goal.

Jaramillo said he expects District 16-4A to be brutal once again.

“I think you will see John Tyler, Lufkin and Nacogdoches really challenging us,” he said. “And there are other teams like Pine Tree that are certainly capable of beating any of us on any given night. We can't afford to take anyone lightly. We have to take everyone serious.”

Jacksonville's next action will take place on Jan. 2-4, 2020 when the Tribe host the Jacksonville Showcase.

Following the Showcase, the Blue and White will play in the (Longview) Lobo Invitational and the Lufkin Showcase in consecutive weekends.

The District 16-5A campaign is scheduled to open on Jan. 31, 2020 when Jacksonville entertains the Pine Tree Pirates at 7 p.m.

Assisting Jaramillo with the coaching chores this season will be Cory Kutin.

All of Jacksonville's home matches will be played in the newly renovated Historic Tomato Bowl this season.